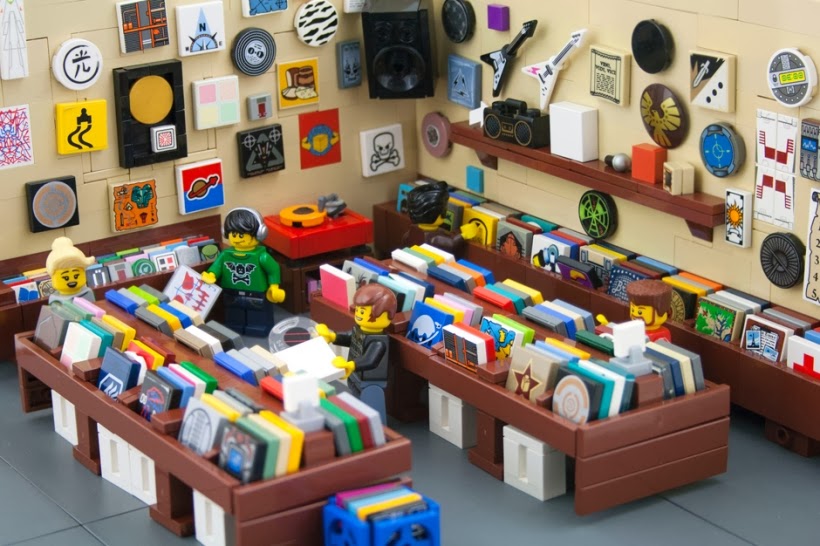 Here is a mix of my favorite pop songs from 2013 (in no order). Good gravy Marie, this was hard. It should be noted there is a lot more indie stuff here than usual because, let's face it, the big labels are foisting EDM on us at an alarming rate. It's wearying how many albums did not live up to their promise in 2013.

1 St. Lucia Elevate  SONG OF THE YEAR
My friend Wesley (follow him!) told me the band sat on this single for ages, waiting for the perfect moment to finally launch their debut album with it. There's a certain irony to this track, because I find the song chill-inducingly uplifting, but the chorus is actually "No one elevates you now." The video is a sweet tribute to the city where the album was made, New York. Check the kids playing in the hydrant on the first chorus. I urge everyone to see this band live - they are immense.

2 Empire Of The Sun I'll Be Around
Oh my fuck this song slays me. It's been flipping back and forth with St Lucia for my favorite song of the year. It shimmers and sways and breathes like a lost single from Fleetwood Mac's Tango In The Night. I particularity adore the breathy vocals on the second verse ("Call out my name, when you call I'll be there..").

3 Little Boots Motorway
This was supposed to be an easier year than 2012, but in February I found myself stricken with what is essentially tinnitus in my right ear. It drove me close to crazy for a month - if you want fast weight loss, just put a blaring high-end tone in your ear 24/7. Motorway was one of the few songs in a register where I could not hear the ringing. I'd play it on a loop at night. But this is also about the theme of escape

4 Gold Fields Happy Boy
The first time I heard this song, I tweeted, "Meh not a single." And then I became obsessed by the unhappy story being told, starting with the lines "I'm going to be happy" chanted over and over as if repetition will make it true. But it's the chorus that plays out like a family melodrama: "When I walk out of here, his face won't change / If I storm out of here, his face won't change / But when I walk out of here, it will make my pain go away / Go away."  This is self-produced by the (Aussie) band and the arrangement is made more immaculate by a beautiful violin woven into the end.

5 Tegan And Sara Shock To Your System
I took this one to heart. In my Idolator review I wrote, "At first listen, what sounds like a kiss-off ('What you are is lonely') ... reveals itself to be advice to a heartbroken friend. 'You must rely on me once in a while to give you reason.'" The heart pounds.

Stream Shock To Your System on Soundcloud

6 Sky Ferreira I Blame Myself
Four Minutes To Save Sky Ferreira. This is alchemy: a song that works solely on its production, but is raised to another level because it's so personal to its writer's unfolding (and dramatic) life. "How could you know what it feels like to be outside yourself? I just want you to realize I blame myself." Who else could sing this? Sky Ferriera's career is a hot mess, but she really delivered on her album. I hope it gives her confidence.

7 The Good Natured Lovers
I'm not sure this was ever officially released, but you can download it below. The story of this UK band is tragic (they signed a mercenary deal and then lost everything: The album release, the rights to the songs, the name, all of it). BUT they created an absolutely perfect anthem for getting laid. "You and I could be lovers, but you and I will never be in love." Sometimes you just want to use them and leave them, baby. #nsa

8 Banks Before I Ever Met You
She's about to be launched big time in 2014, but she's been releasing edgy tunes all year. This is the real keeper. I love how the lyrics are almost conversational throughout ("As for our house, I'll move out / you can keep the dog we trained.") before she launches her torpedo, a killer chorus hook:  "I never knew I could be broken in so many ways." BAM. Thank you, Banks.

9 Blood Orange You're Not Good Enough
This freakily cool song, by the besieged genius Dev Hynes, is just plain cruel. It's like Prince - circa 1982 - ripping apart his lady after too many drinks. The whole lyric is razor sharp.

10 Say Lou Lou Beloved
Vogue said these sisters have a "Jaclyn Smith meets young Meryl Steep look." So true. But it's not all about the personas. Say Lou Lou tend to push dark pop with indie aspirations, but there's a lovely pop beauty to this song. The middle eight ("take take twist shake...") is one of the best this year.

11 Arthur Beatrice Grand Union
My most anticipated album of 2014 is the debut of Arthur Beatrice (a London band). The chorus lyric: "Like steel / it's so devastating when you feel / you're all above, you're not in love. / Dead lungs / You're becoming someone else's tongue / coughing up blond / Skin coming off."  That is rough love.

12 Rhye Major Minor Love
The is it a girl or a boy vocals (a boy) are what make Rhye so unique. This midtempo love song suggests adjestives like languid, sensual, sleek... it's practically dripping wet. I have the vinyl version of this LP and it's beautiful. Old school gatefold. Sexy sexy. "So many things I want to do, I'll split you into two..."

13 Tesla Boy Stars
It was either this or Dream Machine (which sounds like it was built on scraps of Madonna's Get Together). I love the Xylophone-like keyboard on the chorus,  and the details, like the cascading synths on the bridge. I should note that Anton, the force behind Tesla Boy - a Russian band - is also the hottest man in pop.

14 Betty Who High Society
Everybody's waiting to see just how huge this adorable (and talllll) pixie blows up. She is born to be a star. High Society is from her free, self released debut EP, The Movement, though she has since signed to a major label. This song is all about the chorus: "We'll drink chardonnay through the day 'cause we say so."  Infectious and a lead into big pop moments in 2014.

15 Johnny Marr New Town Velocity
What a dream this song is - Johnny's memory of quitting school to start a band that would change the world, The Smiths. There is a beautiful, captured-in-amber quality to this production; it literally shimmers. And I'm not the only one who's noted it sounds like New Order and/or Electronic.

16 London Grammar Maybe
Funny that my favorite song by this band from [guess] is only available on the sublime bonus disc. This is one my highest played tunes of 2013. So perfect. Hard to buy, but try and get it. London Grammar's album is one of the most subtle of the year; a real grower. Its success suggests that maybe heartfelt lyrics reflecting real emotion could  be on the upswing. We don't all need the word burn repeated 65 times. yes, that's a slam on another artist

17 Haim The Wire
It's rough business to pick one song by these bitchin' sisters for my list. For much of the year, this slot was occupied by the amazing single Falling. And then the Southern fired rock guitar (ZZ Top anyone?) of The Wire hit me hard; it's the first single they've released that captures the hard, Heart-sisters-in-the-70s power of their live shows [note - it was this show that blew my ear.]. For me it's all about the vocal hook: "It felt right, it felt right / But I fumbled him him when it came down to the wire."

18 MKS Flatline
Goddess is in the details for Mutya Keisha Siobhan. A total triumph, from the smart chorus ("stay gone, darling, I won't hang on... I can feel a flatline. There oughtta be a wave.") to the chanted ohh ohhh chorus and the gorgeous tinkling ending. A thrill to for me see this Dev Hynes-produced song performed live in London, but it was the kids singing it in the Tube afterward that sealed it as a Pop Moment.

19 Jessie Ware Imagine It Was Us
When Jessie Ware released Devotion in the States, she fulfilled the unspoken promise of the UK version of that album (my fave of 2012): she claimed her Diva Throne and took it to the dance floor, hardcore. Imagine It Was Us reminds me of the early 90's when Madonna's Rescue Me and Deee Lite ruled my kingdom. See her live, because she takes the vocals to the next level in her shows. This is a serious diva.

20 VV Brown The Apple
VV may not have the instincts of a pop star - this album came and went with a series of arcane, dreary videos - but this song will live on because IT IS THE SHIT. There was nothing in 2013 so kick ass and stylish as The Apple - "You're not the apple of my eye. Don't patronize me, I'm not your clown..." I wonder what Grace Jones thought when she heard this, because it's her career distilled in one blazing, wiggy stomper.

21 Woodkid I Love You
Part of the Songs Of Summer series I loved doing on this blog, French boy Woodkid's I Love You is pure heaven. The strings here manage to be, like the unrequited love described in the lyrics, both uplifting and melancholy (check the beautiful bridge at 2:12). And the lyric... "Whatever I feel for you / You only seem to care about you / Is there any chance you could see me too / 'cause I love you."  Be sure, if you have iTunes, to buy the astonishing acoustic version.

22 Goldfrapp Stranger
After an album of chunky 80's pop, Alison and Will took a much needed sharp turn. With Stranger, they went back to the beauty of their Felt Mountain era. In my album review for Idolator, I said "To paraphrase one of the album’s astonishing ballads, “Stranger,” Tales Of Us will kill you, tenderly.

Great list! Is that MKS thing ever going to materialize, or were those some of the tapes Dev lost in his apartment fire the other day? Tragedy.

It was a good year! I am with you: the independents slayed the majors in 2013.

I was very album focused this year, so choosing a song/single is tres hard!

I think my favourite songs hover between the following:


Oh, and I have had tinnitus for about 7 years now! Empathy!

Oh, autocorrect had the nerve to change Reflektor!

Great selection and some great tracks I had forgotten about