The Middle Eight's Favorite Albums of 2013 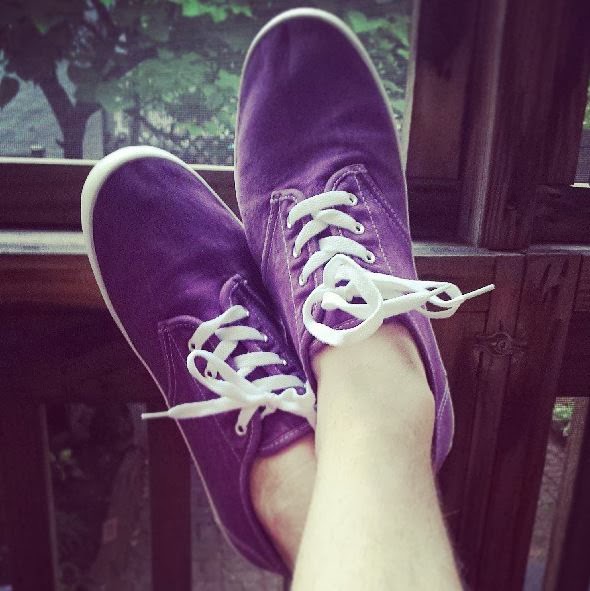 Dire year, really. *sips tea* What was most notable for me in 2013 was the major labels jacked up releases, either mucking with the talent, wasting momentum or making generally whack choices. Indie labels are where it's at now. And Nile Rodgers... just do a solo album in 2014. There's a lot of sister acts here. I'm down with that. My "favorite" album, the pop breakthrough by twins Tegan and Sara, was released in January and it was downhill from there on out, with these exceptions: 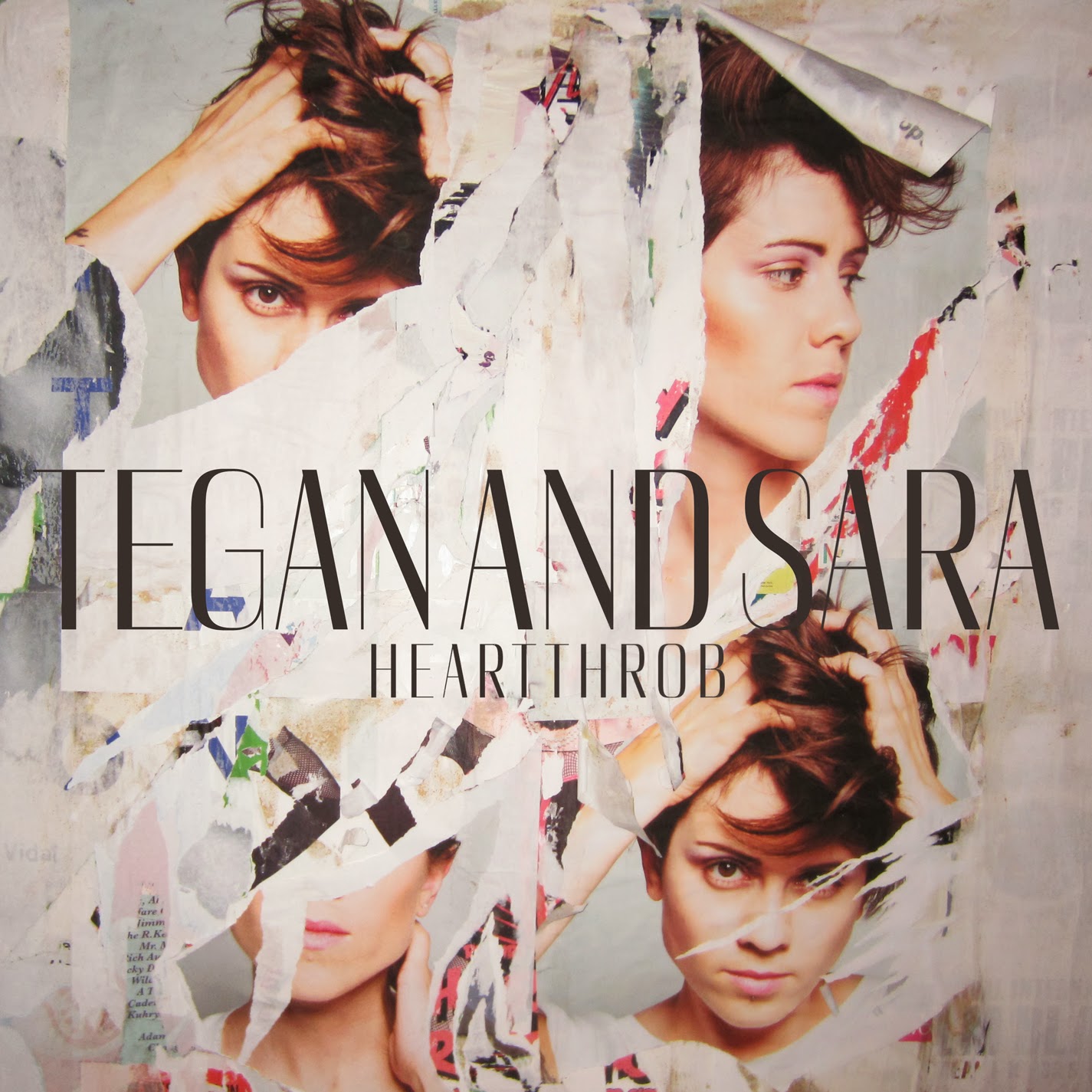 There are so many reasons to love this album. 1) It arrived in dreary January; 2) It’s the perfect album length of ten songs, without one filler track; 3) There’s an infectious ’80s pop joy sweeping over it, without ever being pastiche or retro; 4) They cover all the bases — first crush (Closer), sexual desire (Drive Me Wild) and the post traumatic stress of failed love (the pounding Shock to Your System); 5) In the age of teen sleaze, I’m Not Your Hero is an anthem for smart kids: “I’m not their hero, but that doesn’t mean I wasn’t brave.” [my full Idolator review]

Standout Tracks: All of it, but I'll highlight Shock To Your System and I'm Not Your Hero. Closer has one of the best middle eights of 2013.

...and more fantastic albums/EPs, in no order: 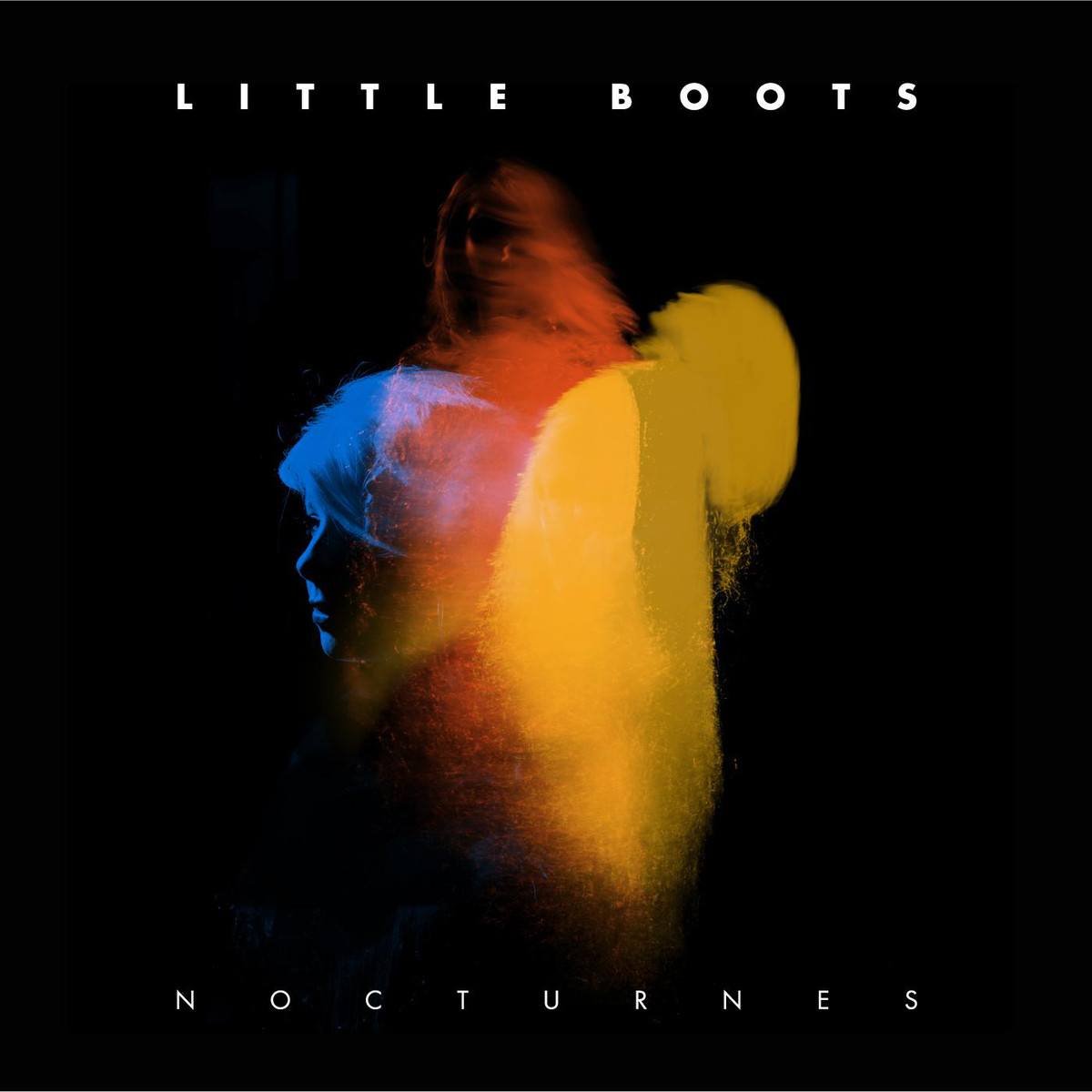 Little Boots Nocturnes
A big leap for Boots, Nocturnes is more cohesive and goes deeper into pulsing, moody dance music. I love that's a slow burn, not big ebullient pop. Motorway, with its tale of late night escape, is one of my songs of the year, followed closely by Shake (this album's Stuck On Repeat) and the pure pop of Crescendo. 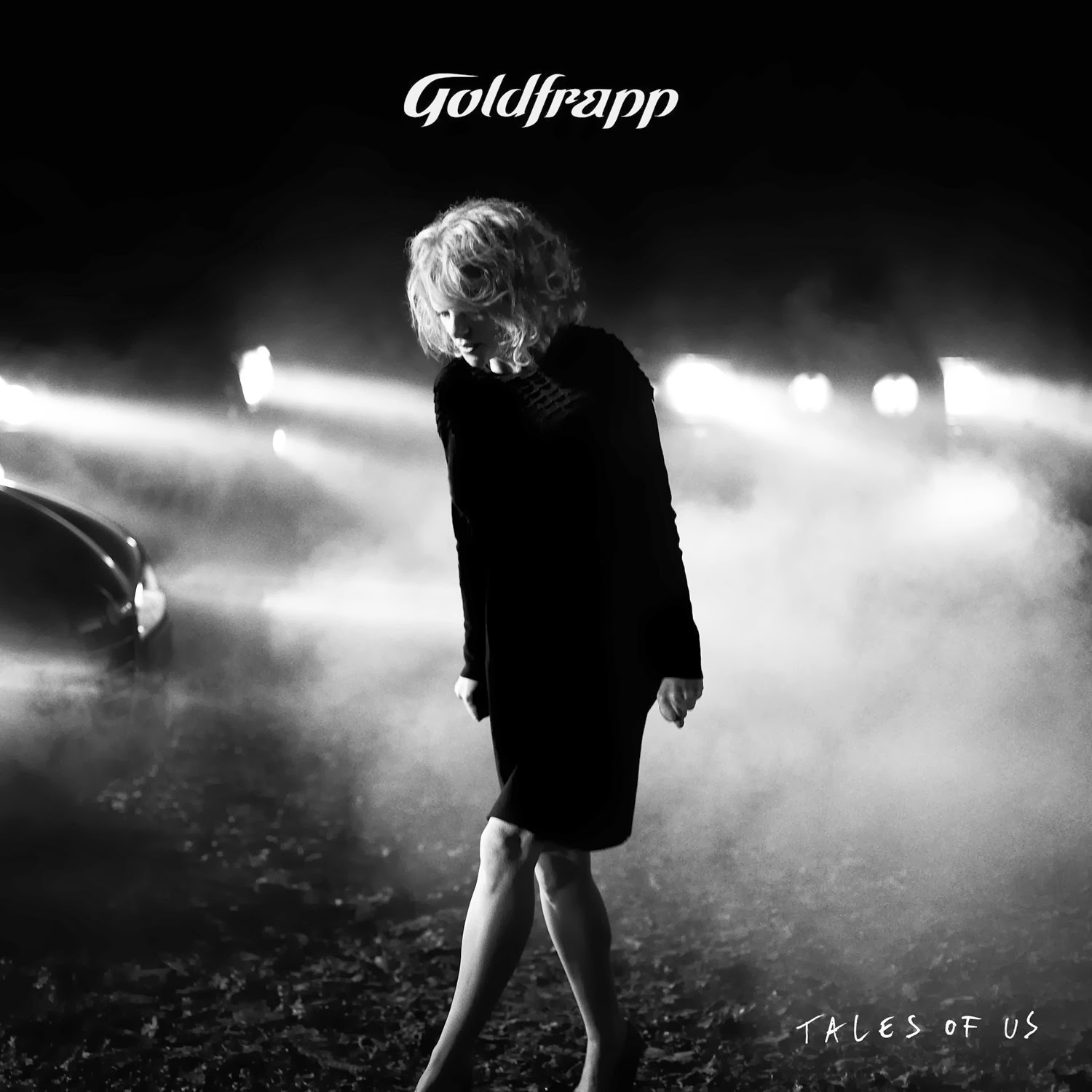 Goldfrapp Tales Of Us
A much-needed turn away from disco pop, Tales Of Us is thrilling and emotional. Almost a concept album (all the songs, bar one, are titled with names of people), the arrangements are rooted in acoustics, but end up swimming in the deep end of an orchestral sea. As I said in my Idolator review, "Don’t mistake subtly for weakness: the album is a perfect autumn headphone record. It will sound best as the seasons change, a soundtrack to falling leaves and lit fireplaces. To paraphrase one of the album’s astonishing ballads, Stranger, Tales Of Us will kill you, tenderly." [my full Idolator review] 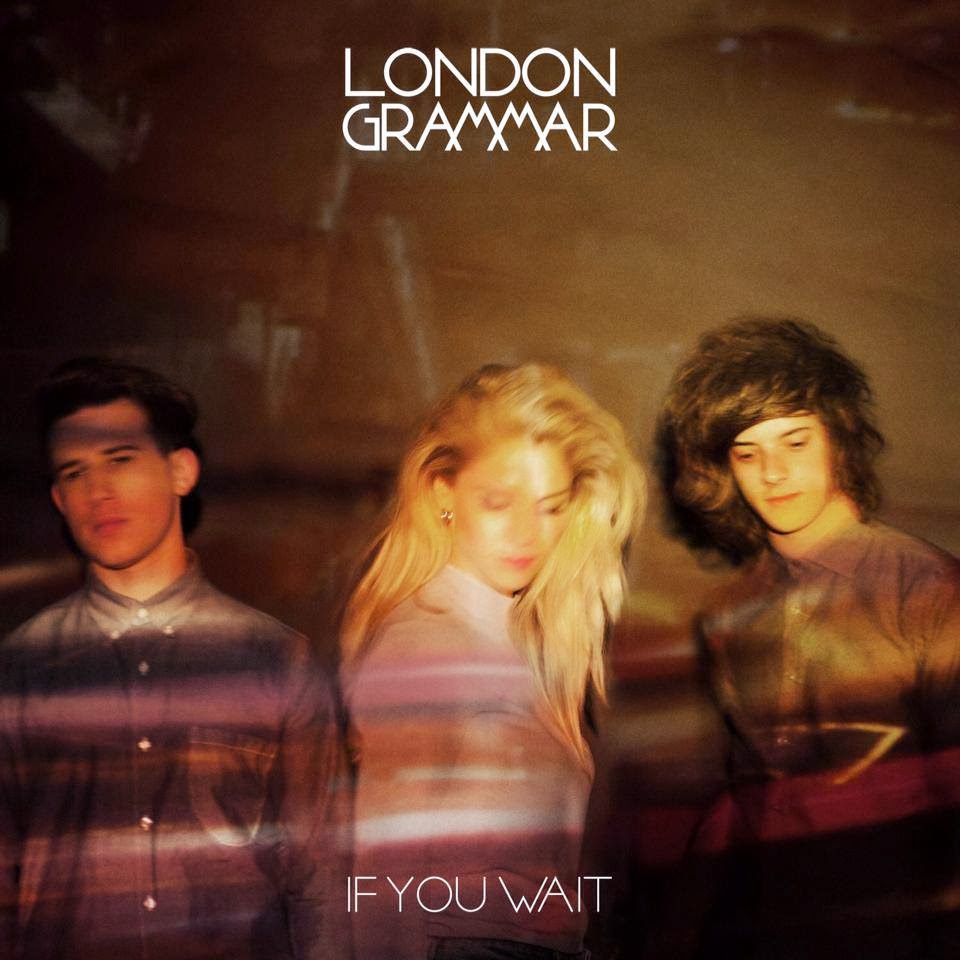 London Grammar If You Wait
The opening keyboards/vocals of the first track, Hey Now, set the tone for one of the quietest, most heartfelt records of the year.  Essentially an album of ballads and mid-tempos, it is unlike anything on the pop charts, yet it sold well in the UK. While 21 yr-old Miley Cyrus was embarrassing herself, 23 yr-old Hannah Reid was writing devastating stories like Nightcall ("I'm giving you a night call to tell you how I feel... I'm going to tell you something you don't want to hear.") Strangely, the bonus disc adds several of the best songs, with Maybe coming close to being my song of the year. If You Wait is a grower - it requires time, but it's worth it. 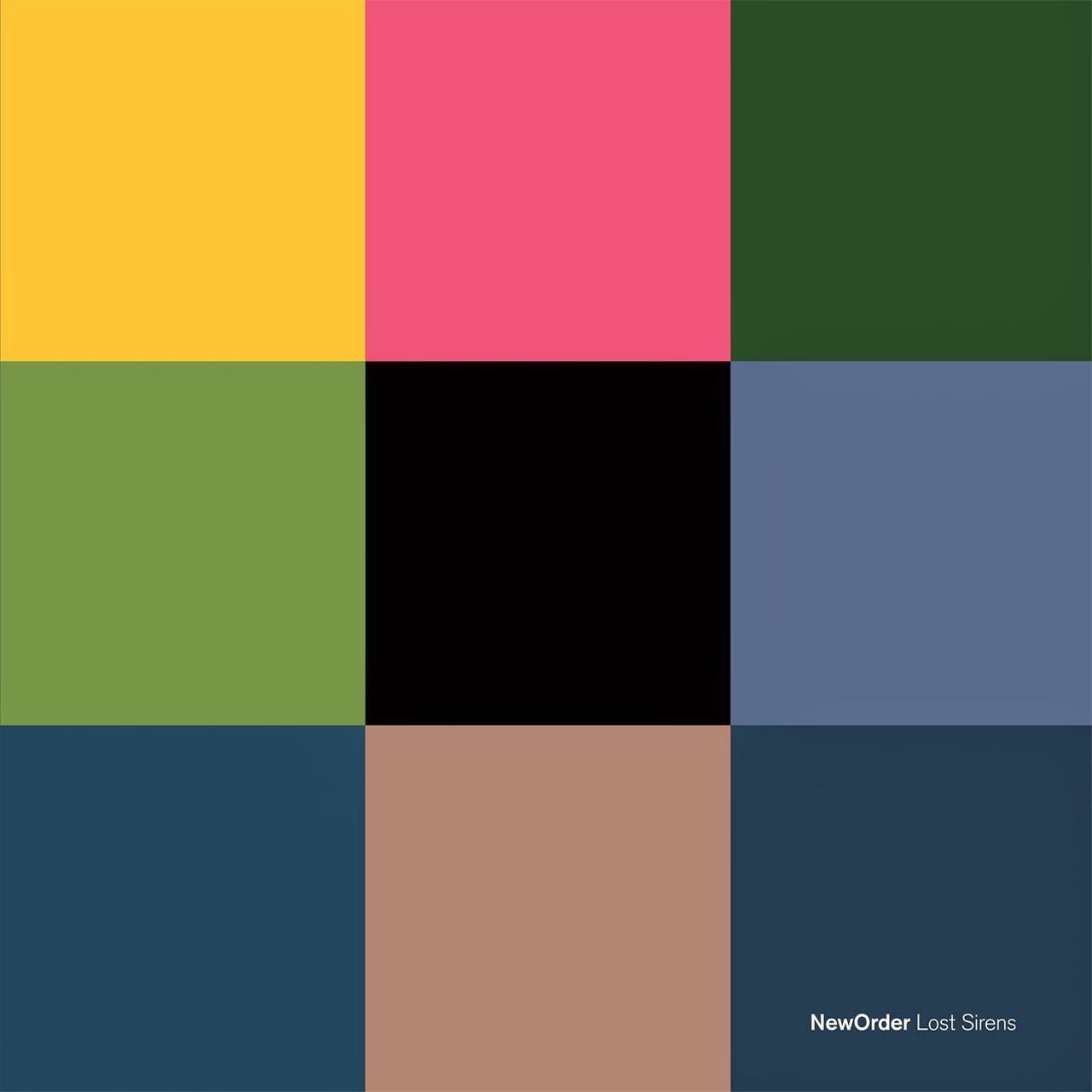 New Order Lost Sirens
A collection of tracks discarded from the band's last LP (2005's Sirens), Lost Sirens is curiously far better than its source album. It's cohesive, yet varied in styles (Sugarcane is hopped-up dancepop, while Recoil sways and shimmies) and a concise 8 tracks. The fact remains that New Order is no longer: Bernard Sumner (who sounds amazing here) and Peter Hook hate each other. Lost Sirens is their swan song. Superb album cover too; I bought it on vinyl. 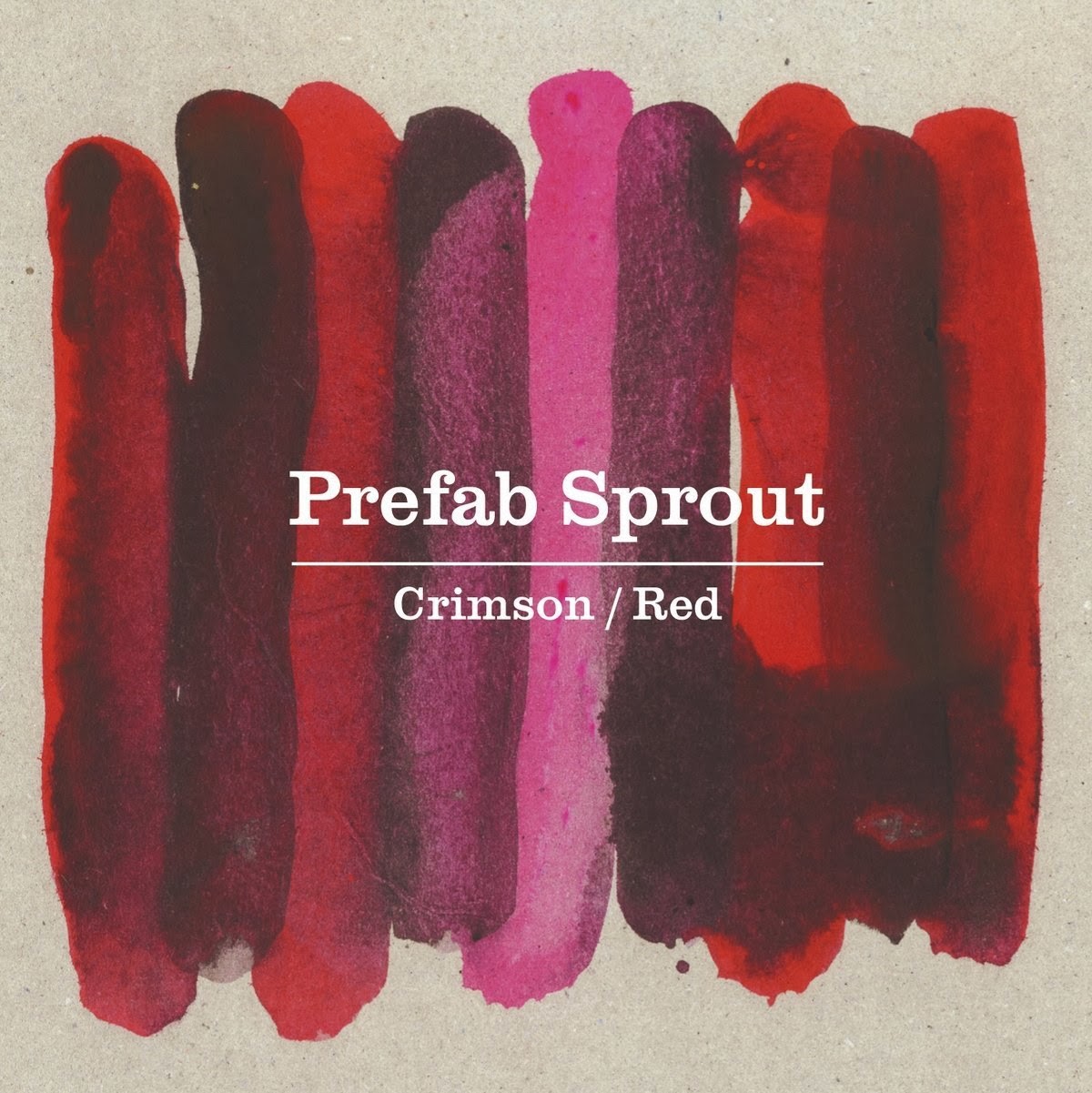 Prefab Sprout Crimson/Red
A dream come true. Out of nowhere, a new Prefab Sprout album appears on Soundcloud, in full. Wut?! Is it a fake? No. Within months, the legendary Paddy McAloon officially releases what ends up being in Prefab's top 4 albums (Steve McQueen is tops, with three others shifting ranks). Paddy remains my favorite male vocalist and his lyrics are still marked by sharp wit. Check this bit from the flawless first single, The Best Jewel Thief In The World: "Vigilance is lax / Security complacent
Adjacent to the gem, a diadem of pearl / Is the best jewel thief in the world... / Watch your legend grow / The rooftops are for dreamers / You strike and then return, Lucerne–Heathrow / The best jewel thief in the world." They don't do pop music like this anymore.

Standout Tracks: The Best Jewel Thief In The World, The List  Of Impossible Things, Dreamer 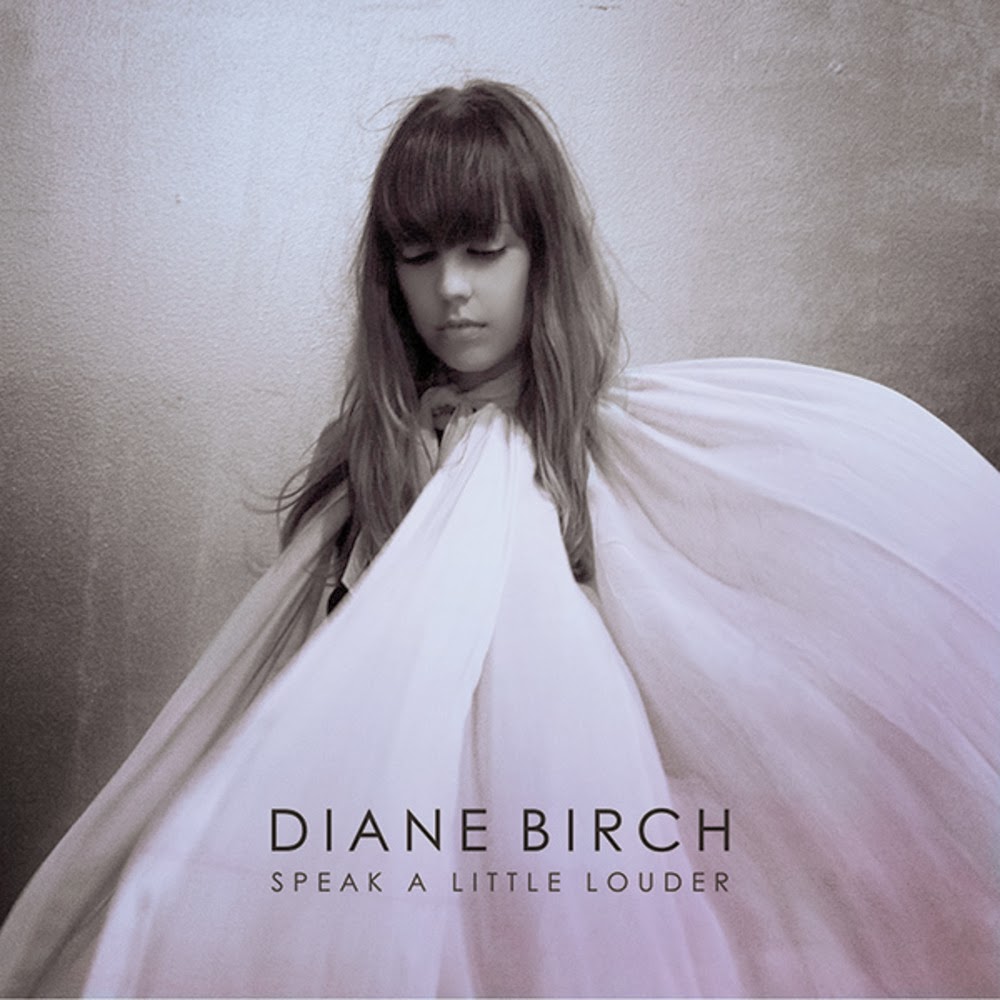 Diane Birch Speak A Little Louder
Diane told Idolator that she was inspired by 80s music like Bowie and Siouxsie Sioux, but I really hear Stevie Nicks in her early solo phase. A lot of artists have mined Stevie (hello, Florence), but no one has really captured her mid-eighties sound as well as Birch does on Pretty In Pain, with that quivering vibrato and rolling piano/bass-driven chorus. The album's major ballad, Unfkd, is serious stuff.  In my dreams, she performs it at The Grammy's with a choir.

Standout Tracks: Pretty In Pain, Love And War, Unfkd, Frozen Over, All The Love You've Got, It Plays On. This album is fucking great. 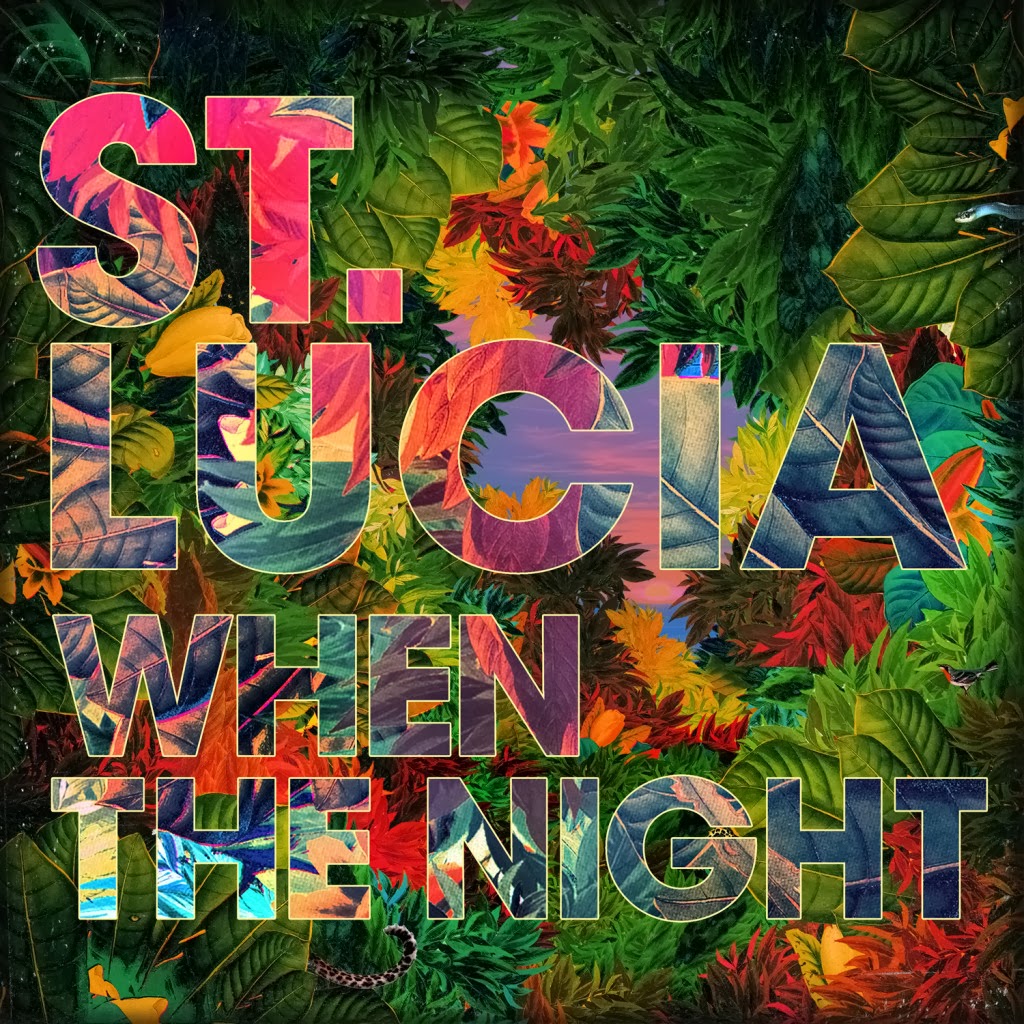 St. Lucia When The Night
St Lucia's long awaited debut album thunders across the dance floor. The lush single Elevate - my song of the year - is held aloft by monolithic synths, while The Way You Remember Me recalls a lost John Hughes soundtrack. Band leader Jean-Philip Grobler’s voice is right up front in that track’s polished mix of big drums, synths and — sigh — a sax solo. Early single September is a leaner disco machine with swoops of falsetto vocals and a sense of elegant urgency. This is music equally compelling beneath strobe lights or sunshine. [a variation of this review was done for Instinct Magazine]

Standout Tracks: Elevate, September, The Way You Remember Me, Too Close, Wait For Love, All Eyes On You 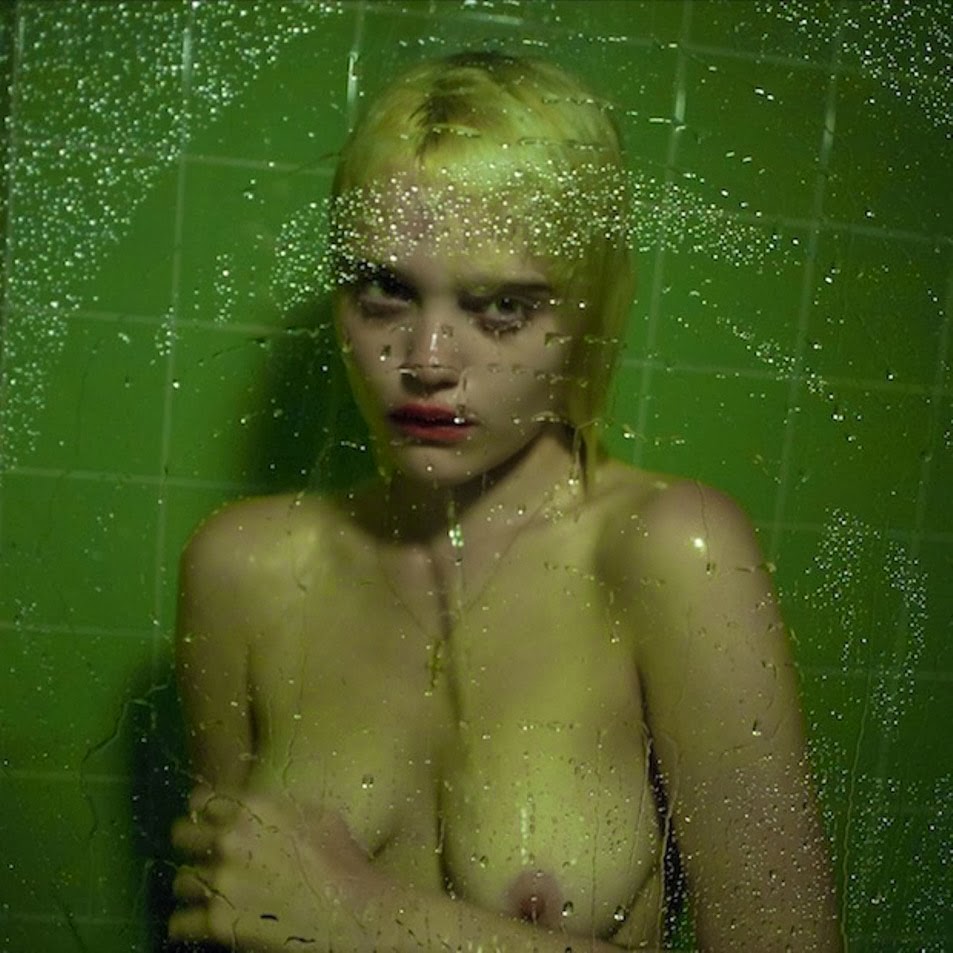 Sky Ferreira Night Time, My Time
How she pulled this off, we'll never know, but Night Time is a slayer that should carry into 2014 if there really are golden rock gods. Apparently it was recorded in three weeks and never properly mixed, but the result is fizzy collection of pure pop (the flawless Boys and 24 Hours), 80's swagger rock (You're Not The One) and even electrop (Love In Stereo). I Blame Myself is a major manifesto and one of my songs of the year, while the murky, hyper Omanko manages to merge 80's punk with distortion, breathy vocals and this poppy chorus: "I'm gearing up for the Japanese Christmas." And the title means pussy in Japanese.

Standout Tracks: The epic You're Not The One, I Blame Myself, 24 Hours, Boys 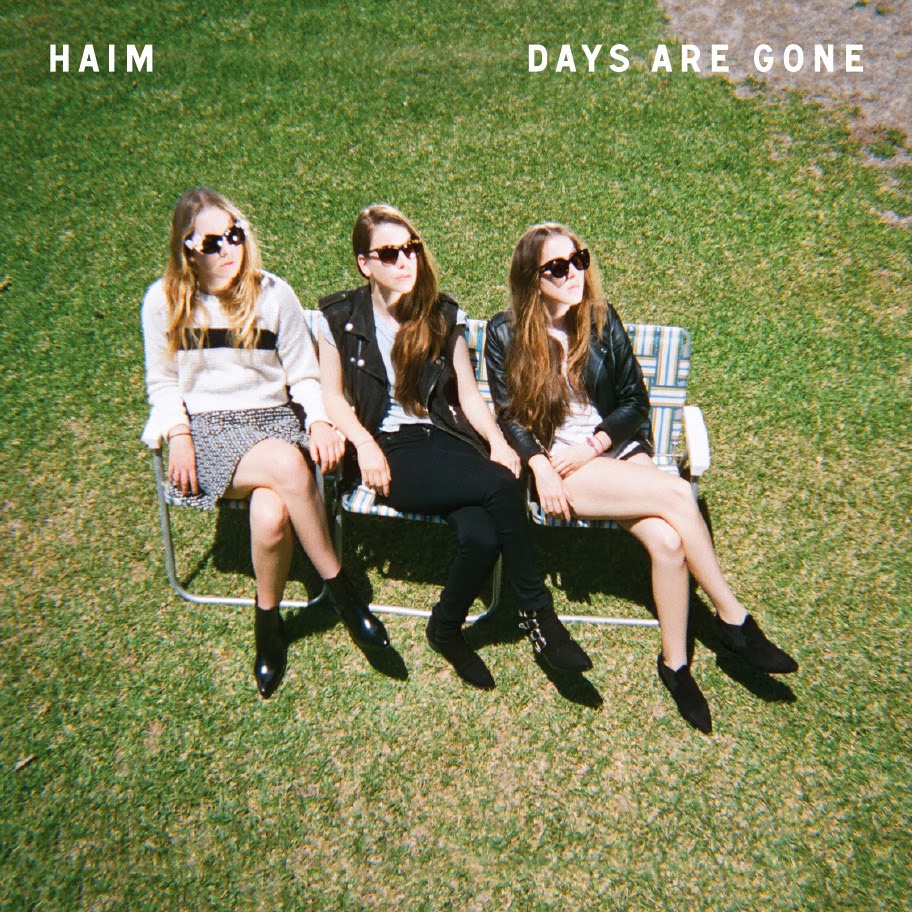 HAIM Days Are Gone
Sisters with voices! Though they rock hard live, the album is a friendly 80's romp through FM radio.

Standout Tracks: The Wire, Falling, Days Are Gone, If I Could Change Your Mind, Don't Save Me 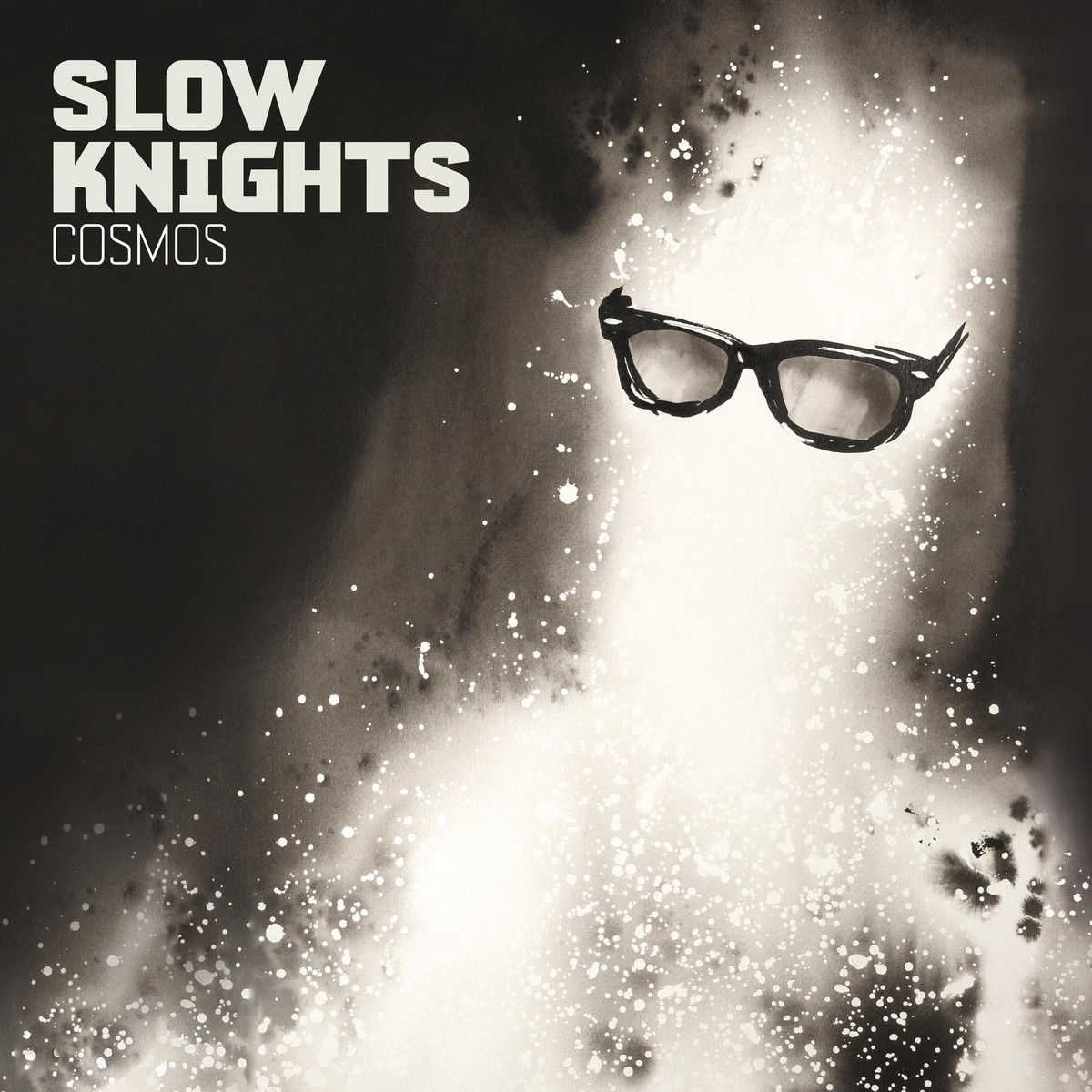 Slow Knights Cosmos
A collective of New York artists banded together by Scissor Sisters' "George Harrison figure" Del Marquis, Cosmos did not get the attention it deserved. My favorite song remains I Got It Bad, a shimmering slow jam by Chrissi Poland that sounds like it was left off a Cherrelle/Alexander O'Neal album back in the day. Bridget Barkan's Kingdom is equally rooted in "quiet storm" beauty. Note that the Bright Light Bright Light remix of Sweet Harmony (sung by Mykal Kilgore and Bridget Barkan) is my remix of the year.

Standout Tracks: I Got It That Bad, Sweet Harmony, Under Attack, Kingdom 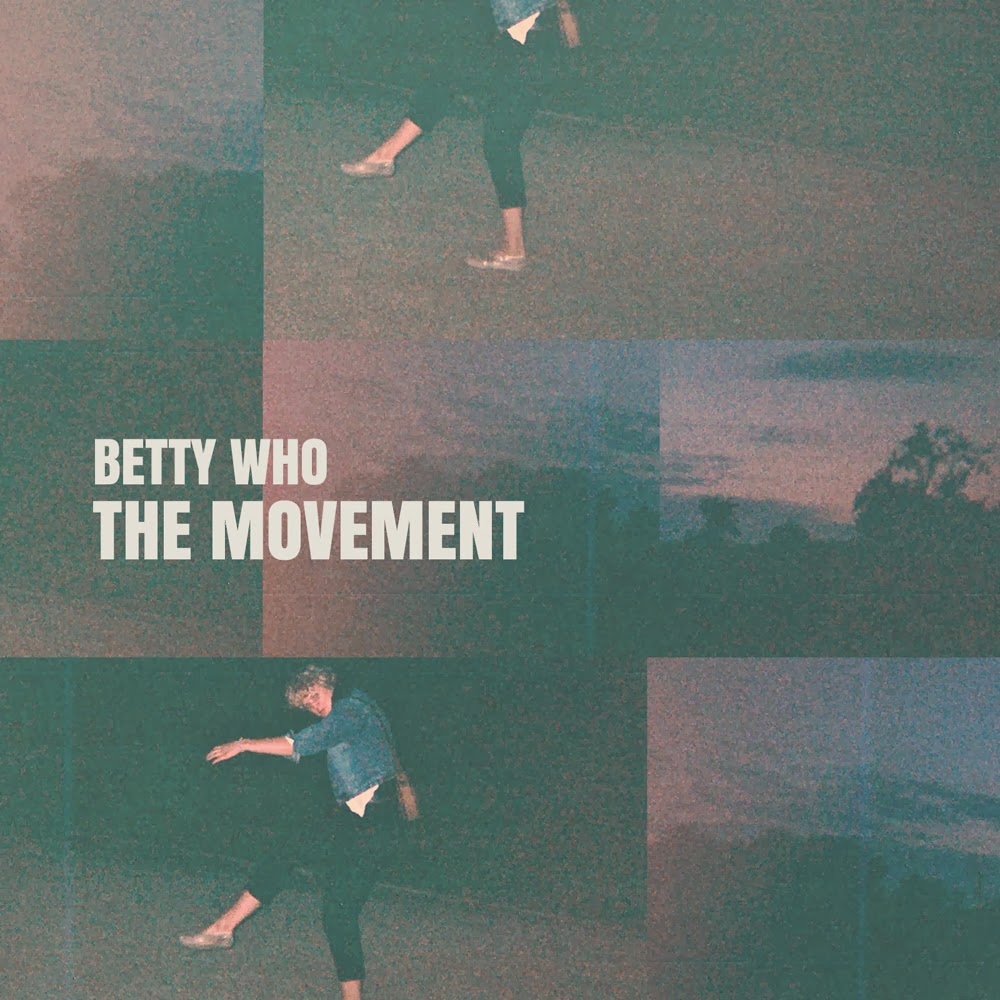 Betty Who The Movement EP
God bless Betty Who for self releasing a free EP of 4 perfect pop songs that basically saved summer. She's a towering platinum blond, all red lips and sassy charm who whipped up four flawless tracks: Somebody Loves You is best heard on a beach boombox, while Right Here is all romantic anticipation. You're In Love features a chorus that puts "Betty " (real name: Jess) a vocal high-wire. And then there's High Society, with its own new rules: "We drink chardonnay through the day 'cuz we say so." 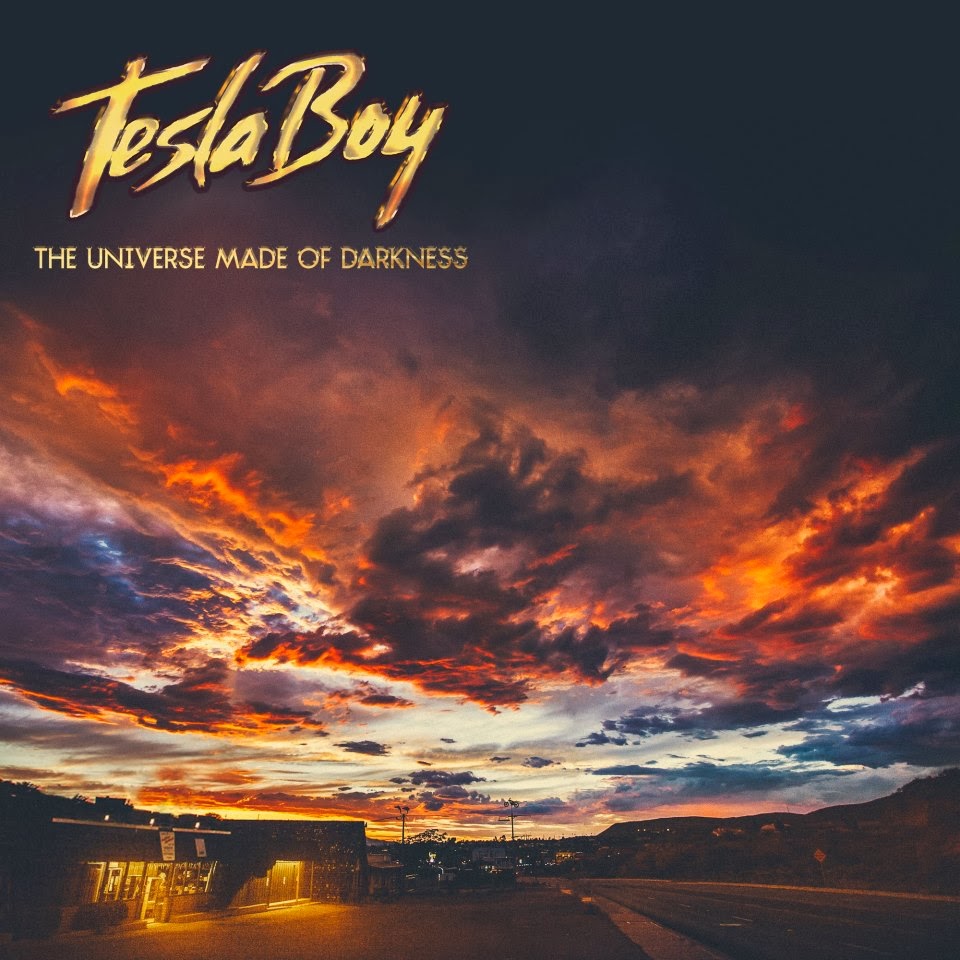 Telsa Boy The Universe Made Of Darkness
Is Tesla Boy's Anton Sevidov more than his pretty face? YES. Four reasons: 1) The slinky, elegant opener Undetected 2) Dream Machine, which sounds like it was built from Madonna's Get Together table scraps, 3) Stars, the big pop moment here and 4) 1991, lost LaBouche! [my Idolaor piece on Tesla Boy]

More solid records this year, worth your pennies:

Nice list, as usual! A lot of your picks are my highlights too.

What's missing? How about the amazing return of Alison Moyet? The surprising evolution of VV Brown? the 'where did THAT come from?' of Studio Killers?

Making corrections at the end for Alison and Studio Killers!

Excellent! This is why I have to make a list all year long. Well, a spreadsheet, actually.

If you love 'Tales of Us' check out Anna Calvi's 'Sing To Me' and Jay-Jay Johanson's 'Blind'. Same haunting orchestral vibes.

Have you listened to Sally Shapiro's latest album 'Somewhere Else'? (love 'Sundown') I think you would like John Grant's 'Pale Green Ghosts' too - personal folk with vintage synths.

Good list! I get the feeling you were not quite into music as much this year--maybe the stresses of the job and family issues took a little of your attention. I found 2013 to actually be generally BETTER for me than 2012, but maybe it was the blush of some new beginnings and the resting of dark moments of the past. Elysium/Electric summed both moments up perfectly for me.

I kept waiting for you to get more into Woodkid (who you told me about, after all--an amazing record as a DEBUT(!)--the concert, and the videos that I obsessed over--my #2 of 2013 and my wife's #1), the aforementioned John Grant (my #3 and SO GOOD), Janelle Monae, Cut Copy, Suede, Empire of the Sun, Holy Ghost!, Oh Land, Laura Marling, Rhye, Camera Obscura, Young Galaxy, Future Bible Heroes, VV Brown (as mentioned)...and these were just the artists I THOUGHT you would be talking more about.

I generally like everything on your list with a couple critiques: 1)I wish London Grammar's album wasn't so same-y and XX referencing--she has a killer voice, and 2)I wish Sky Ferreira's LP was a little more focused--sometimes it seems a bit tossed off and repetitive, where the highs really stand out against more average cuts. Other than that (and the fact I know you are not really into Bowie, Arcade Fire, Primal Scream or MIA), a very good list. Hopefully 2014 engages your tastes a bit more...