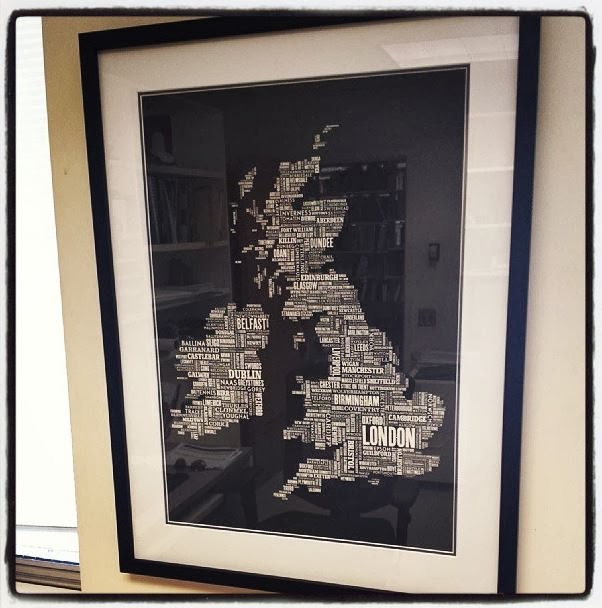 What did I forget?!
Posted by xolondon

Great list! Have the majority of them but will make sure to fill the missing gaps soon. Thanks for posting!

Happy England visit BUT, looking at this list again, where are Pet Shop Boys? BLASPHEMY. I could MAYBE understand no Please or Introspective, but Actually too? Come on! No Erasure, Soft Cell/Marc Almond, New Order, The Cure, Siouxsie, Bauhaus/Love & Rockets/Peter Murphy, Echo & the Bunnymen, Cocteau Twins, Dead Can Dance, Bronski Beat/Communards(!), Frankie Goes to Hollywood (one of the 80's best), INXS, Howard Jones, Thomas Dolby, Grace Jones, Scritti Politti, Wham/George Michael, Human League, OMD, Prefab Sprout, The The, Thompson Twins, Yaz, Japan/David Sylvian, Elvis Costello, XTC, the Church, Peter Gabriel, Madness, Tears for Fears, David Bowie, Talking Heads...but you name TWO Madonna albums, neither of which were the debut or True Blue, plus two Sting and no Police...two Stevie Nicks and no Fleetwood Mac (not even Tango in the Night). Shows just how much good music the 80's brought, and there's even more unmentioned! Thanks for namechecking Toni Childs, Jane Siberry, and Neneh Cherry though! Happy UK!

Nothing by Pet Shop Boys? Oh.

I'm so envious, I wish I was in England right now. :) This is a difficult question, btw, and LOVE your list, here goes:

Off hand, my favourite 80s albums Include:

Hey there...this is purely off the top of my head, and would surely change if I compiled a top ten albums of the 80's list just an hour from now!
In no order;
Human League - Dare
ABBA - Super Trouper
Propaganda - A Secret Wish
Echo & The Bunnymen - Ocean Rain
The Stone Roses - The Stone Roses
New Order - Power, Corruption, and Lies
Blondie - AutoAmerican
ABC - The Lexicon of Love
The Smiths - The Queen is Dead
Roxy Music - Avalon

It could go on all day!

PET SHOP BOYS ??!!
or are your old ears filled with whatever would be too gross to mention ?

you've officially lost all credibility. you re doomed,lost and no longer welcome to Britain sir.

Just back from England. Regarding Pet Shop Boys, in the 80's I was more song focused with them. My fave full record is Very, so that's the 90's.

As for Anon: seriously? There are two things I don't like: 1) anon comments with snark 2) being called old. Which, of course, is ultimately a good thing. And certainly better than being tired. #smh

Good thing Anon didn't create a blockade at the airport!

I think this would be mine (in no particular order, except 1999 being at the top):

I'm sure I left some off... this is what I can name off the top of my head!

Flat out, the 80s was a great decade for albums, from all pop spectrums. I was in my teens for a good portion of that decade, so with obsessive teen flair I would have to say that if I was into a particular artist, I would have bought EVERYTHING indiscriminately, whether good, average or bad! My collections for Eurythmics, Cyndi Lauper, Prince, Madonna, The Cure, Berlin, PSBs, Dead or Alive, Culture Club, Kate Bush, New Order, Tears for Fears, etc were extensive!

These days, with our i-Generation, most teens wouldn't know what a real album sounds like!

Kim Wilde made a handful of excellent albums in the 80s..!