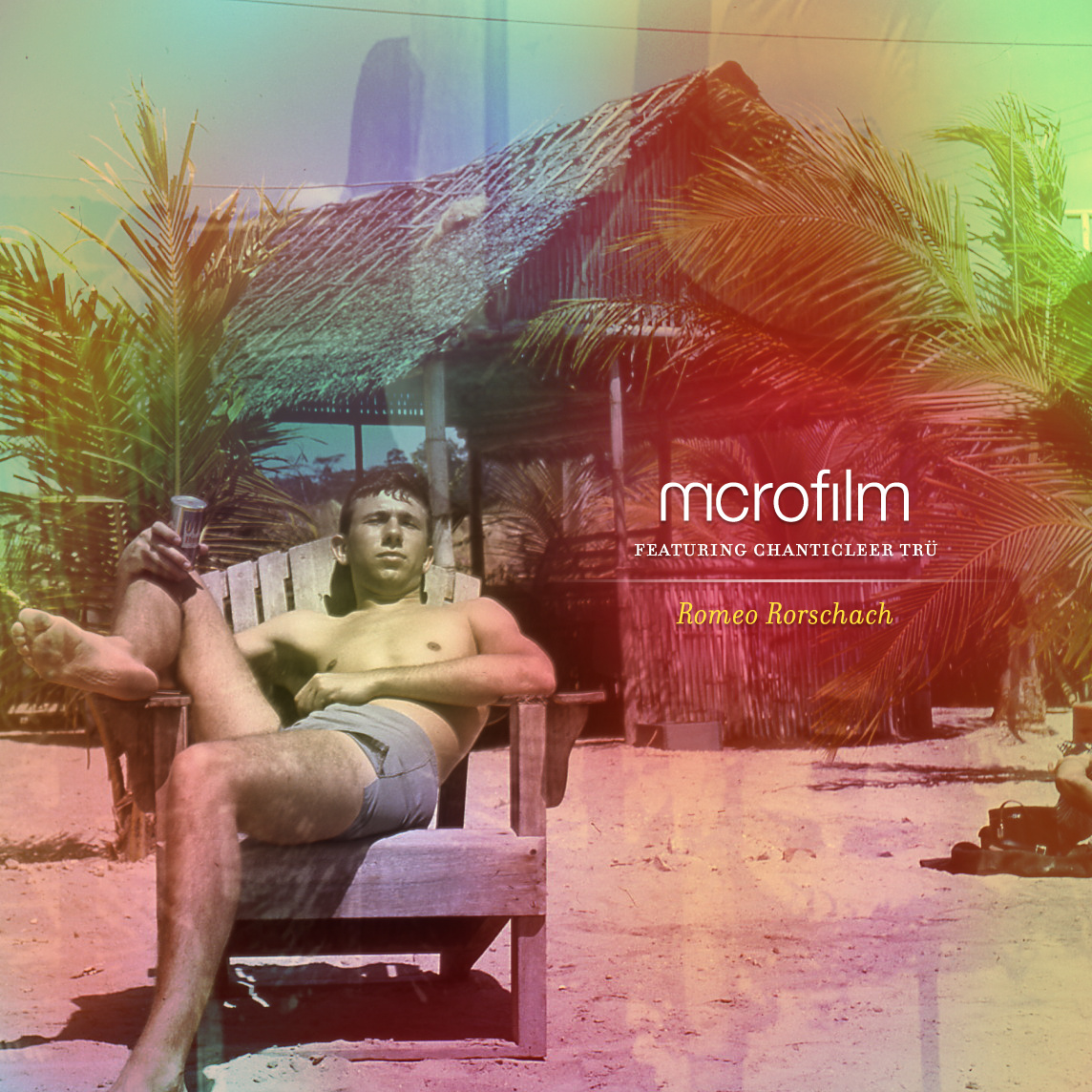 In late May I posted about this track and now bring it back for this list. Romeo Rorschach, the new Microfilm single, is summer night disco, balancing sneering spoken verses ("no humility, just drip drip drip") with a soulful vocal by Magic Mouth singer Chanticleer Tru.

You can download it for free now at Soundcloud or get the full EP at bandcamp. You can also purchase or stream the truly amazing Pastorale Digitale version on Bandcamp. Epic orchestrals...

Song of Summer #11: Imagine It Was Us 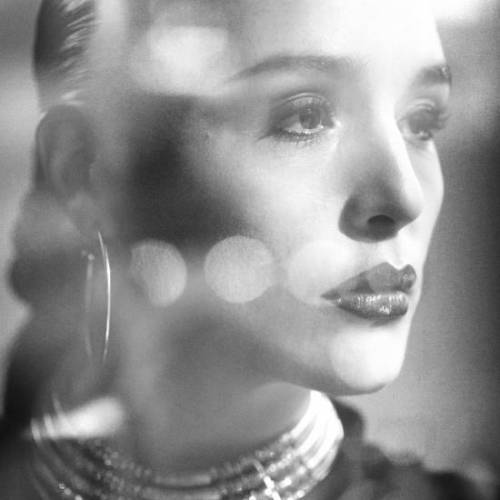 Jessie Ware's flawless Imagine It Was Us - recorded for the 2013 U.S. version of the Devotion album - was the start of the warmer emotional state that spring and summer bring. I always feel younger when it's summer, more ready to conquer. I look people square in the eye. This is the soundtrack to those feelings. Here's 90 seconds...

If you somehow have not heard Imagine It Was Us, think early 90's, Madonna's Rescue Me era. 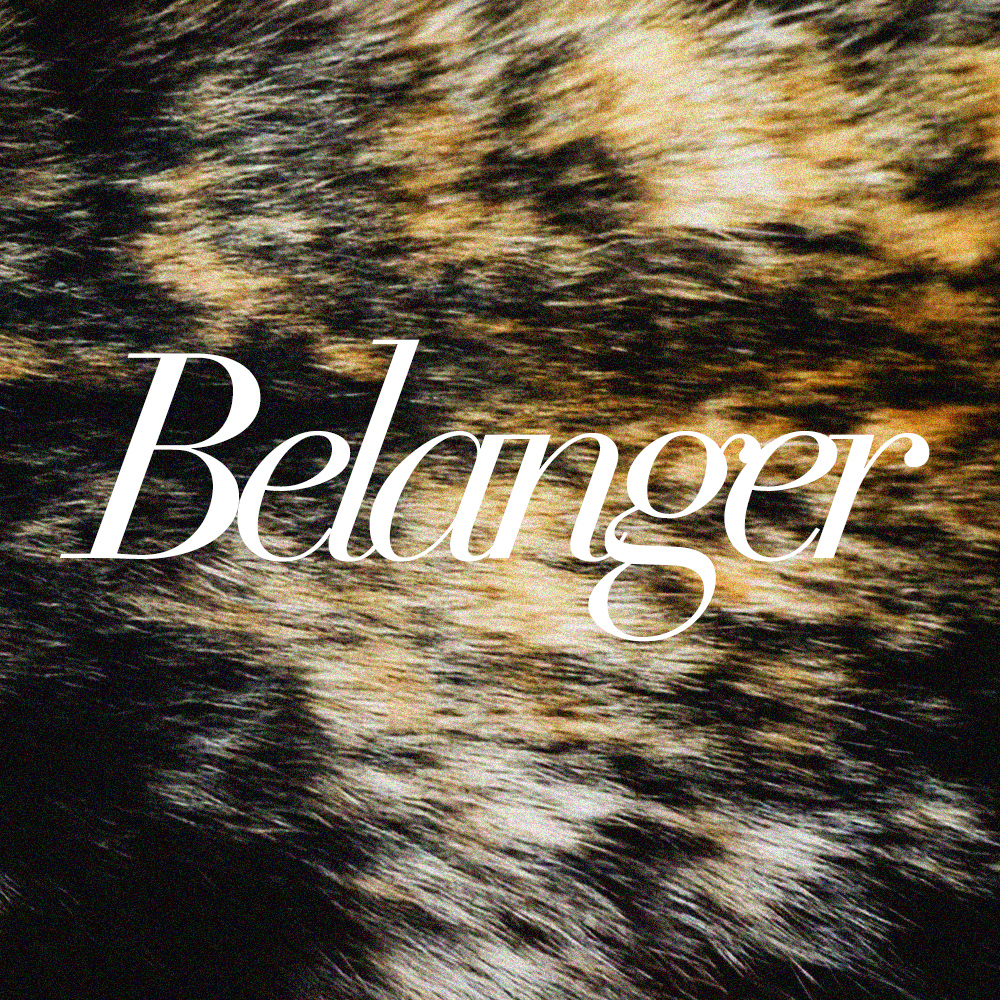 Summer hit me - or knocked me over, really - a few weeks early, when Matt Belanger released his first club track. Take Me Home is an interpolation of Stevie Nick's Stand Back. It's a monolithic dancefloor filler with a sense of humor - check out the croaky yeahhhh at 1:40ish. Love, also, how it goes so twilight pretty in the final minute.

Like it? Get it for free. Matt is a part of the Hard Candy family. He not only has perfect French film star hair, but all his stuff has great art direction.

Song of Summer #9: I Remember 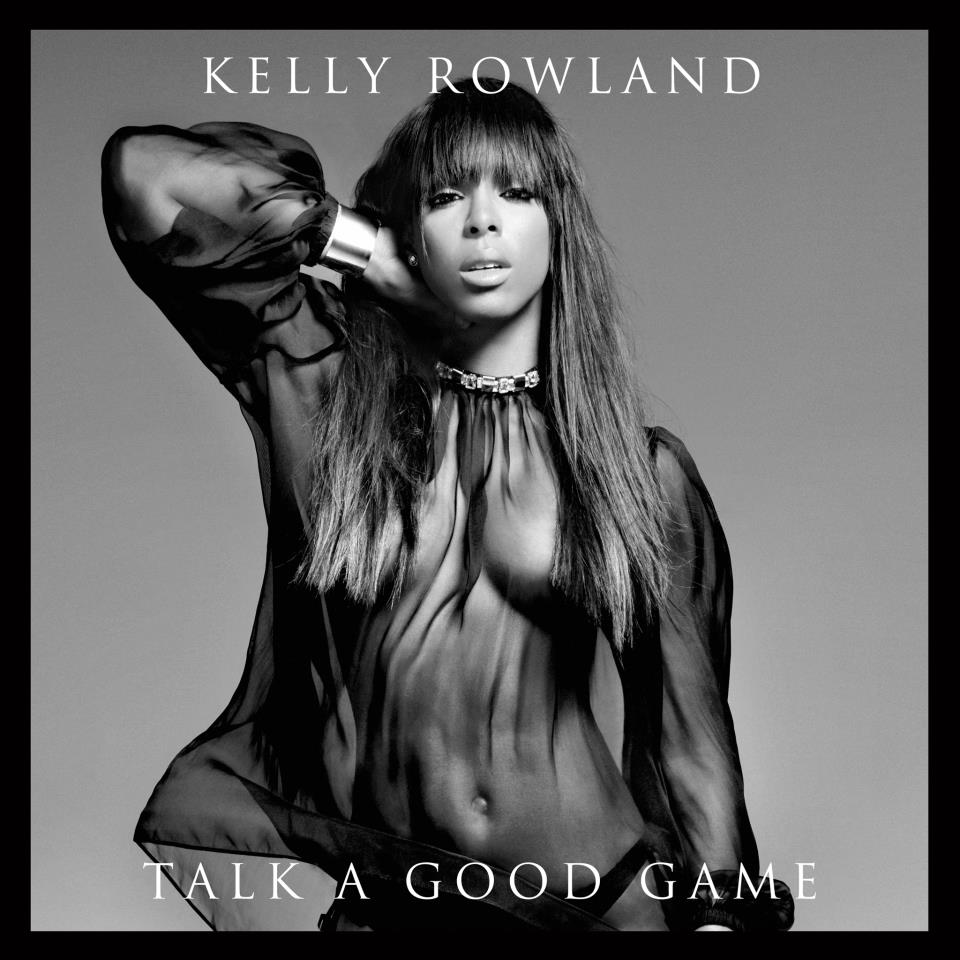 The state of modern r'n'b is so dire. Producer-driven "tracks" with formulaic hooks and bland lyrics. By all markers, I Remember, from Kelly Rowland's new solo album, should be that. Fodder. But there's something so smooth and drama free about this quiet gem. After the dire single Kisses Down Low.The spunky Velma figure of Destiny's Child has regained some maturity on this wistful song  Despite some auto-tune on the verses, her vocal soars on a few gorgeous runs (1:40 and 2:46) of (I remember) "when you loved me."

For the lovelorn. Sad songs really are my undoing sometimes, but I think - and I'm not alone in this - I like it that way!

Note that the audio above seems pitched a wee bit higher than the actual track, which is out now.
Thanks for this tune, Richard! 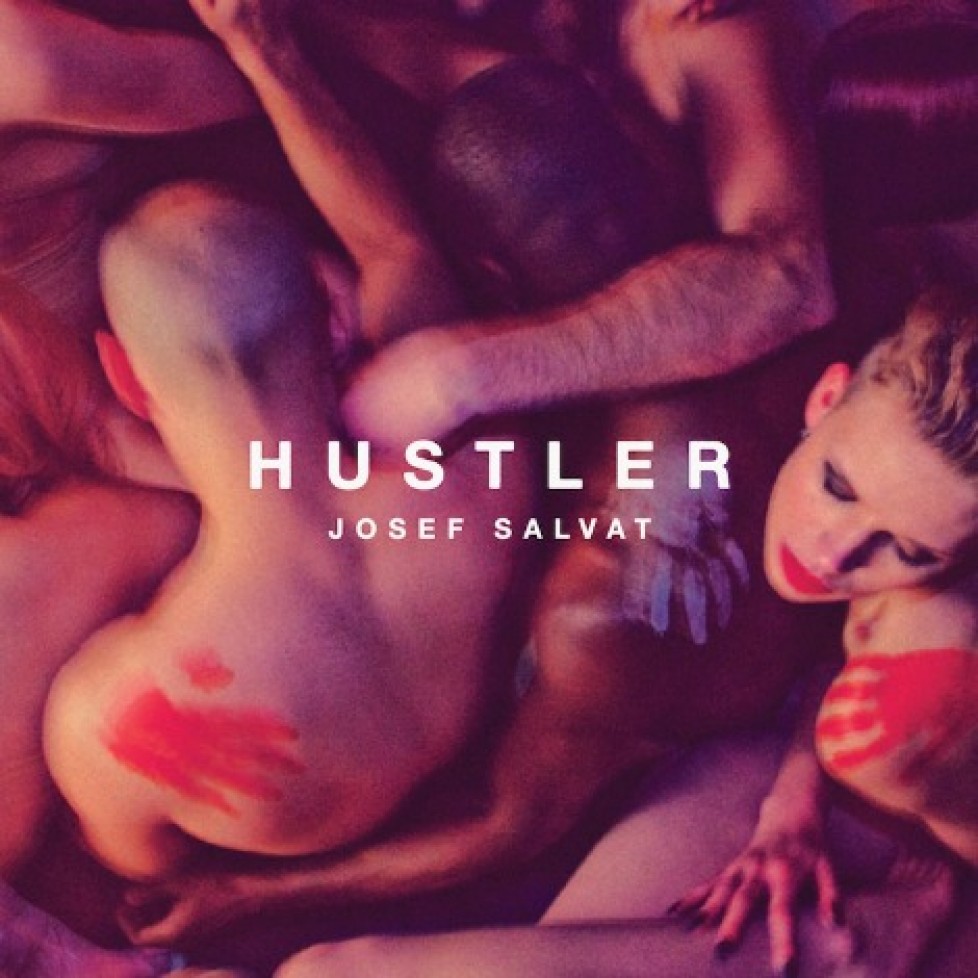 Josef Salvat is pretty much an unknown. Hustler is only his second single, but it's so sophisticated. Built primarily on a repeating piano line and Salvat's voice, it has a certain cabaret quality that takes me away. This is not your average summer jam, but sometimes we need a little comedown, non?

I've got the body of a lover
With a masochists brain
I've got the heart of a hustler
I'm playing a dangerous game
I've got a hustlers heart...

Email ThisBlogThis!Share to TwitterShare to FacebookShare to Pinterest
Labels: Summer 2013, Up in '13 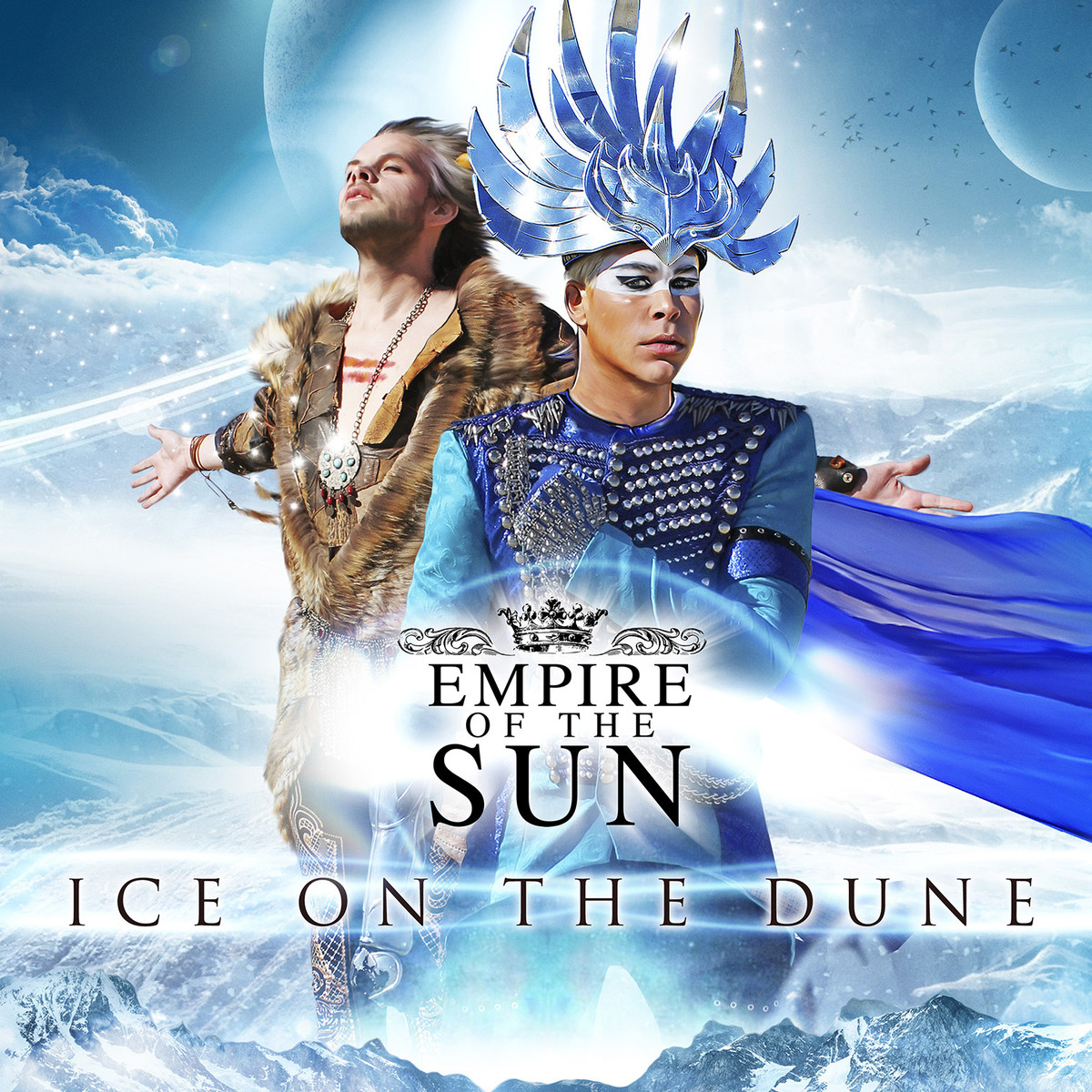 For years now, Fleetwood Mac has been a go-to for indie bands seeking pop inspiration. The Mac did it all: folk, rager rock, tribal, hippie FM, AM dreamy, VH1 fodder. I always find it amusing when bands choose Tango In The Night as their template, as this very liquid Empire Of The Sun track seems to. It's not just a perfect merging of Lindsey and Christine's work on that LP - think Isn't It Midnight, Little Lies, You And I Pt. II. It's also one of the most melodically solid tracks on Ice On The Dune. If the soundcloud bellow goes kerplooey, try this link to youtube.

The whispery middle eight ("call out my name.." at 1:23) is utterly gorgeous. Get me to California.

Email ThisBlogThis!Share to TwitterShare to FacebookShare to Pinterest
Labels: Empire Of The Sun, Summer 2013 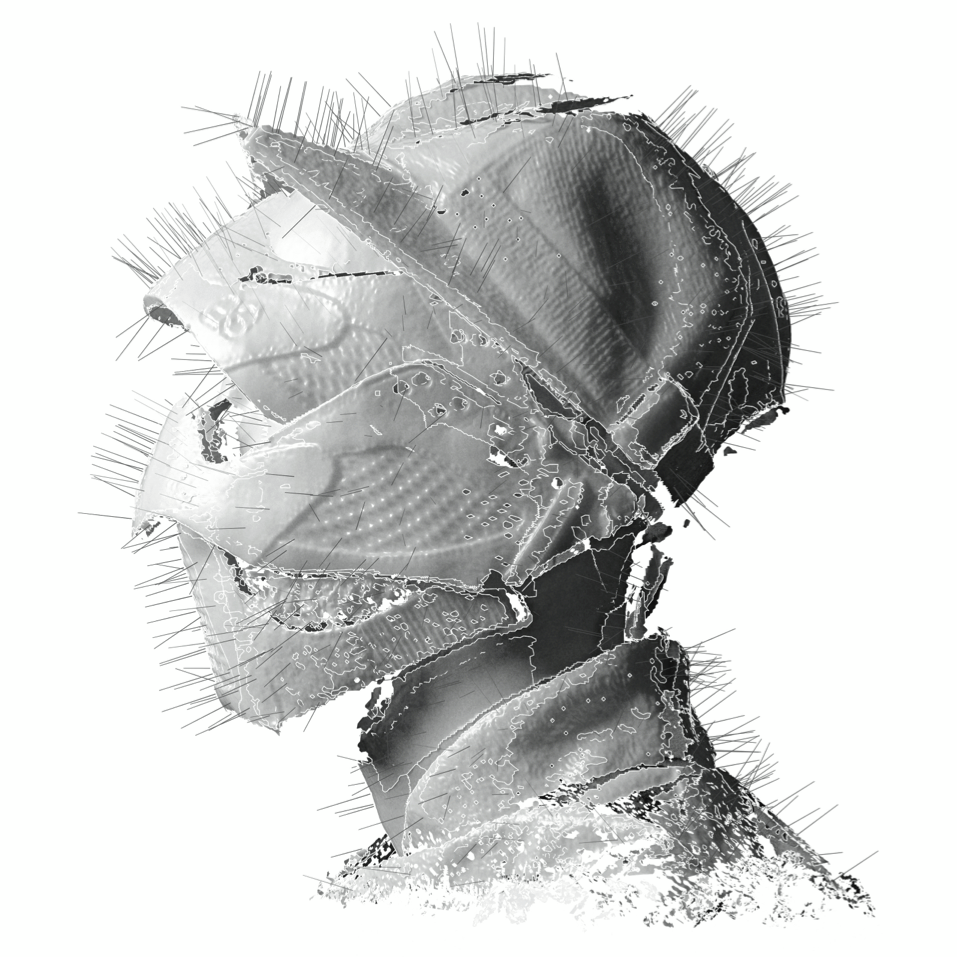 Hearing I Love You by Woodkid - the stage name of French singer songwriter Yoann Lemoine - reminded me a bit of when I discovered The Divine Comedy back in 1995. There is always a place for this kind of sweeping, Walker Brothers-inspired music. It becomes a standard the first time you hear it. The orchestral middle eight, from 2:12 to 2:51, will lay you flat. There is nothing more romantic than a love that remains unrequited.

An acoustic version amplifies the heartsick quality of the lyrics. The album this is from, The Golden Age, is out now worldwide. Run Boy Run and Iron are also recommended. The cool trivia about Lemoine/Woodkid is that he's also a well-known video director. His resume includes Katy Perry's Teenage Dream and Lana Del Rey's Born to Die. 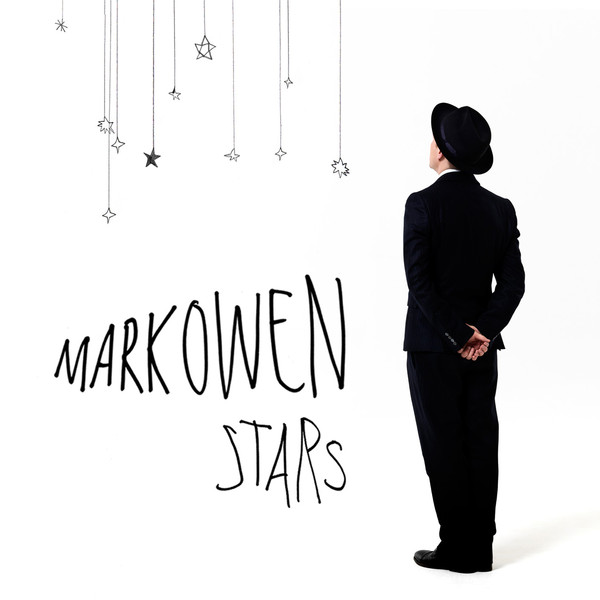 Each Take That boy has a role, yes? Little Mark Owen is the indie minded Take Thatter. [Howard Donald is the Hot Sex Take Thatter, but that's for tumblr]. Mark's voice may be an acquired taste, but he's always had a way with a solo single. 2004's Believe In The Boogie is better than most anything his boyband brothers have done. Now he's back with a fourth solo album and a new track, Stars, that deserves to be a number one hit, it's so grand and sweeping. Had Coldplay released this, that might've happened.

The album this song launches, The Art of Doing Nothing, is quite solid. Get it! Hard to believe our little Mark is now 41... 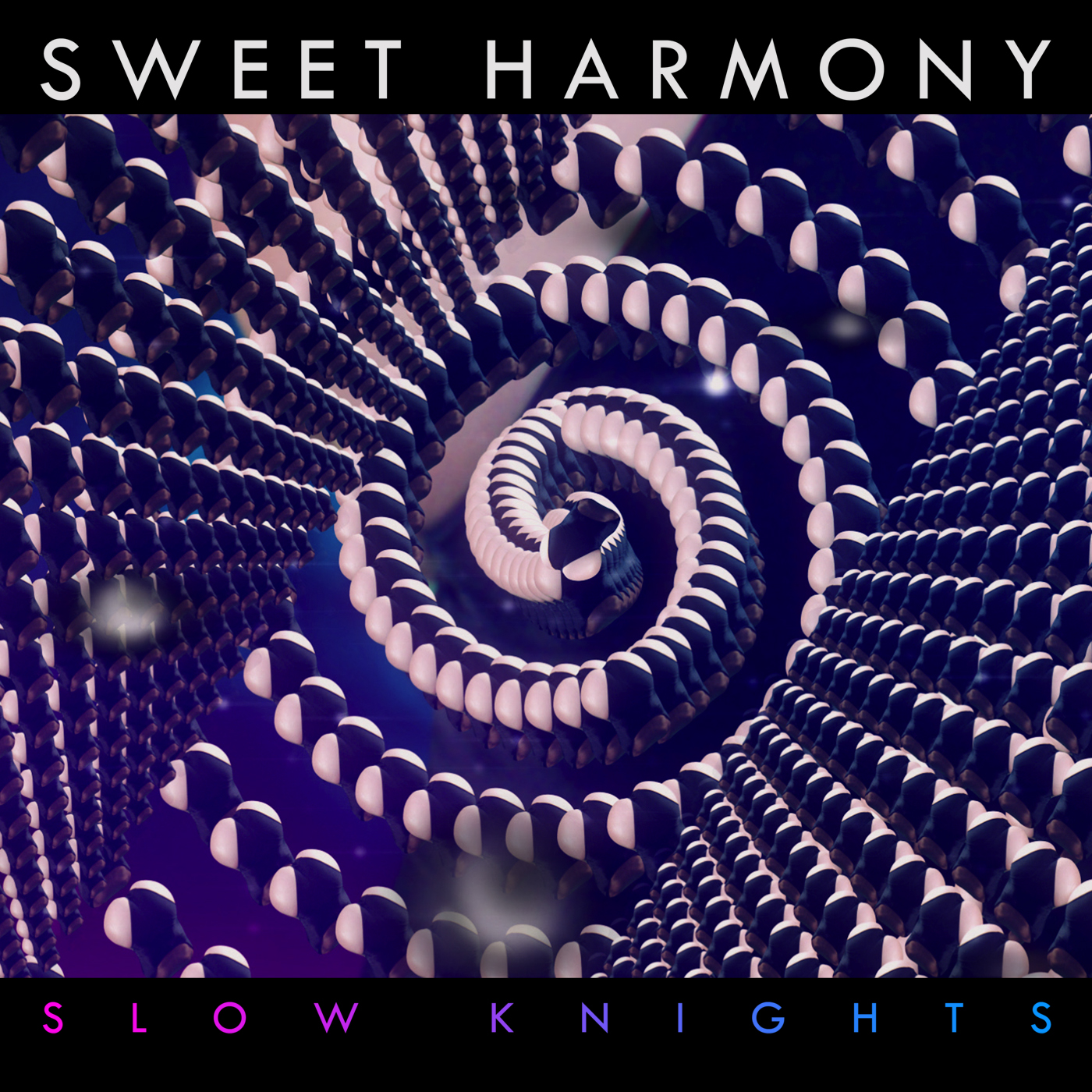 The Del Marquis-helmed "supergroup" Slow Knights put out a truly flawless album in the spring. If you didn't get it, rush. Cosmos is an amazing collection of songs and singers, including Bright Light Bright Light (aka Rod Thomas), among others. For the Sweet Harmony single, which features lead vocals by Bridget Barkan and Mykal Kilgore*, Rod did a tremendous remix that's by turns cascading (2:11) and - literally - stomping (4:24). It just blows me away every time.


This is how it feels it when I do you right. 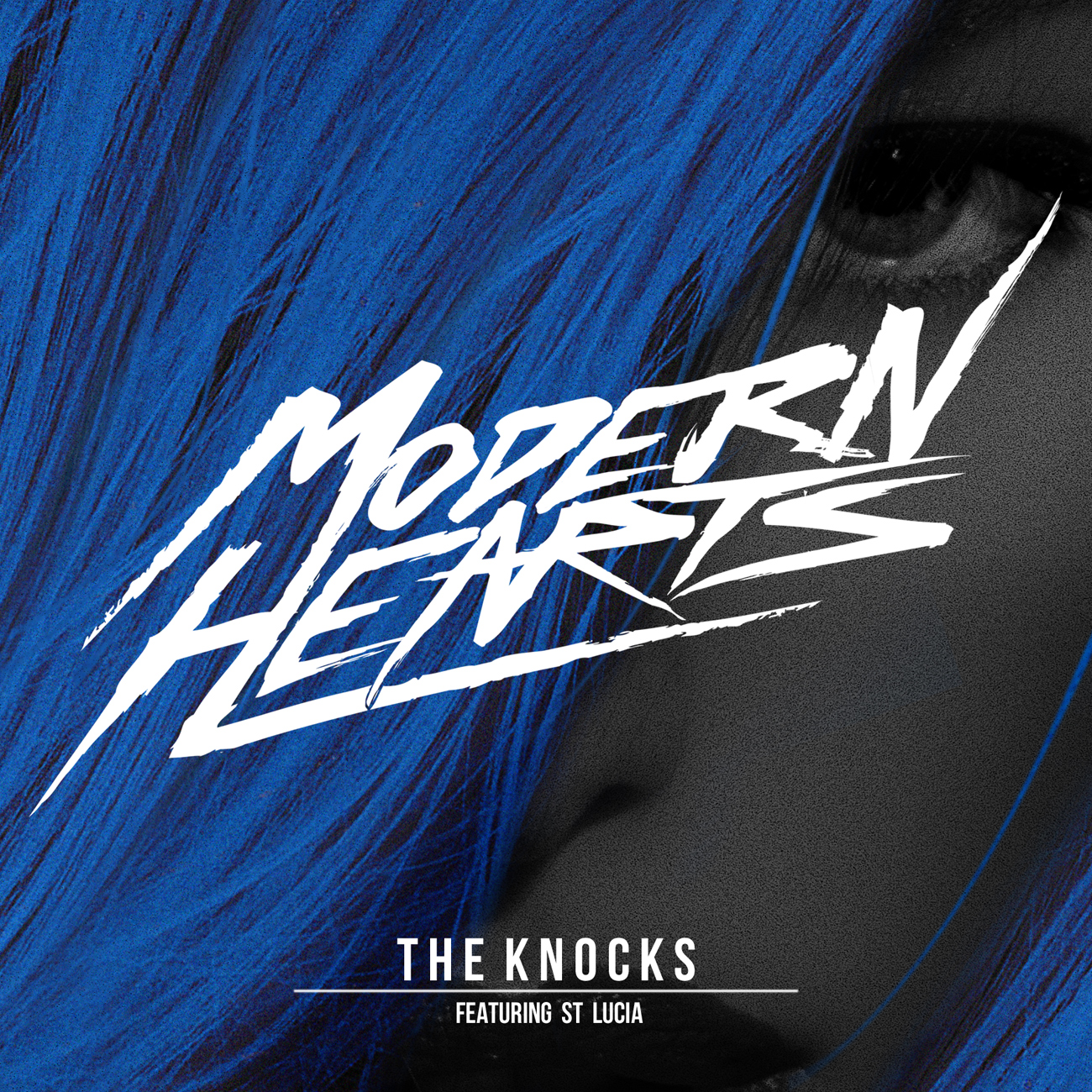 If you have the chance to see either The Knocks or St. Lucia play live, leap at it. The former manages to make a set with no vocalist seem invigorating, perhaps because they've notched up the dueling drummers visuals with glowing drumsticks. (!) Their tracks are so ebullient. St Lucia is equally thrilling and all about serious musical chops. The (gorgeous and not teenaged) band is in this for the long haul: all of them appear to be heavily skilled. The sound they create is enormous. I'd only flirted with their music before seeing them live back in December and now I am a serious convert. 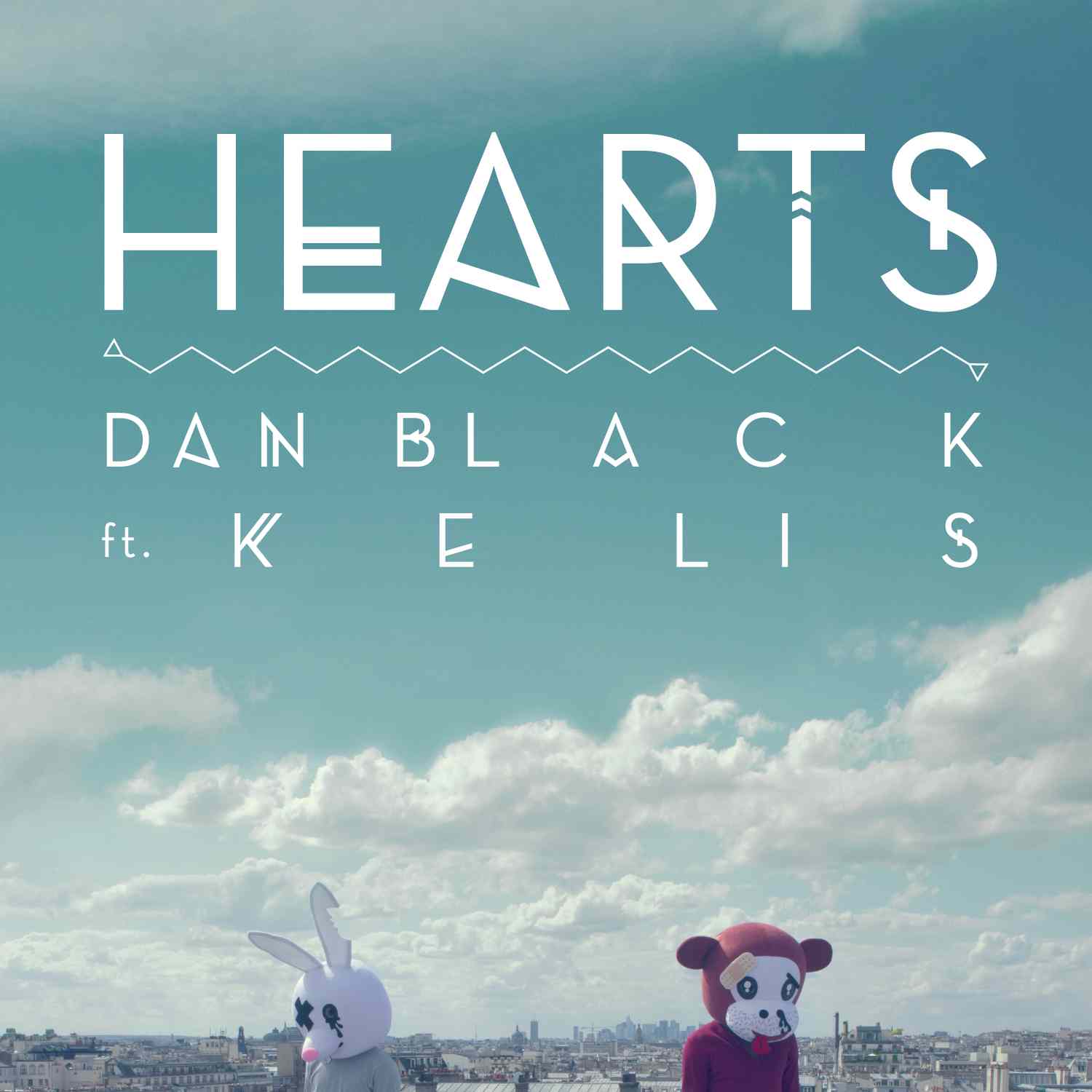 I was lucky to see Dan Black and Kelis perform on the epic All Hearts Tour with Robin back in the summer of 2010. Black was promoting his multi-styled debut album, UN. Since that time he's gone silent, finally returning with a big candy box of a song called, aptly, Hearts. The first thing you'll notice is the Viva La Vida-like strings, but I particularly love Kelis' subtle delivery. She's always been a shapeshifter vocally, so I love the little details, like the way she clips the word people at 1:39. Not sure when we'll see an album from Dan - it's rumored to be called Do Not Revenge - but this track is pure summer pop.


and the cool video, shot in Paris, where Dan is based...

Apparently this is just the tip of the iceberg of his Kelis collaborations. He told CMJ this: "She had a place in the south of Spain, and I got a call that was like, 'Do you wanna go and write with Kelis?' And I was like, 'Uh, yeah!' So I flew there, and we just sat looking out at the sea. She’d lay on a sofa, and I had a laptop, and we wrote about 10 songs really fast, and she’s crazy talented." 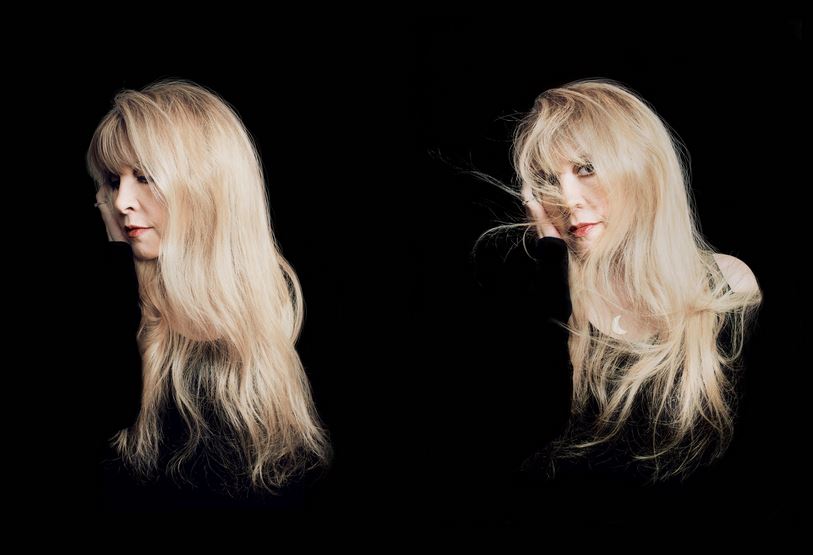 The best piece of music journalism I've read in a long while appeared in the June 19, 2013 issue of New York Magazine. Stevie Nicks, the Fairy Godmother of Rock, written by Jada Yuan, reminds me that strong journalism is not simply good writing. It's the (innate?) ability to connect to a subject so they feel comfortable enough to reveal themselves. Yuan manages that in this lengthy, funny piece. A favorite bit...


Nicks has been trying to feed me ever since I arrived but has almost no food to offer, because the only thing in her fridge are boring Weight Watchers–friendly packaged meals that a lady sends over every three days. “That’s how I stay on my perfect diet—I can come out here in the middle of the night crazed, and there just isn’t anything, so there’s no reason to even bother to come out here, because I’ll just be eating one of my meals that is supposed to be for tomorrow, and I don’t really want that, because it’s exactly what I just had today.” Which would be chicken, and more chicken, plus an ever-accumulating number of Jell-O cups and baby carrots; there are at least 25 baggies in her vegetable drawer. “How many carrots can you eat?!” she asks, cackling. “I eat one yogurt every single night right before I go to bed. It’s my, like, special time.” 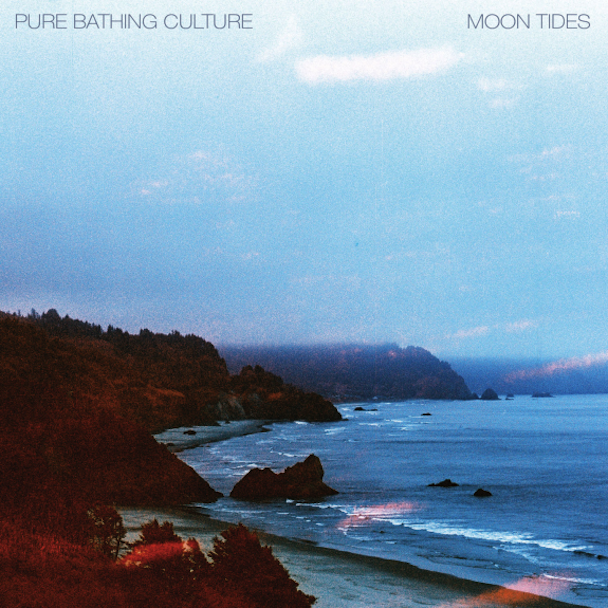 Some call this genre dreampop, but I choose shimmerpop because is does. Pendulum is the new single from US duo Pure Bathing Culture, whose LP Moon Tides is out in late August. It's not that the track sounds at all retro - it doesn't  - but it does have a certain "recorded on a windswept hilltop in Scotland" quality that is more than fine by me.

Email ThisBlogThis!Share to TwitterShare to FacebookShare to Pinterest
Labels: Summer 2013, Up in '13 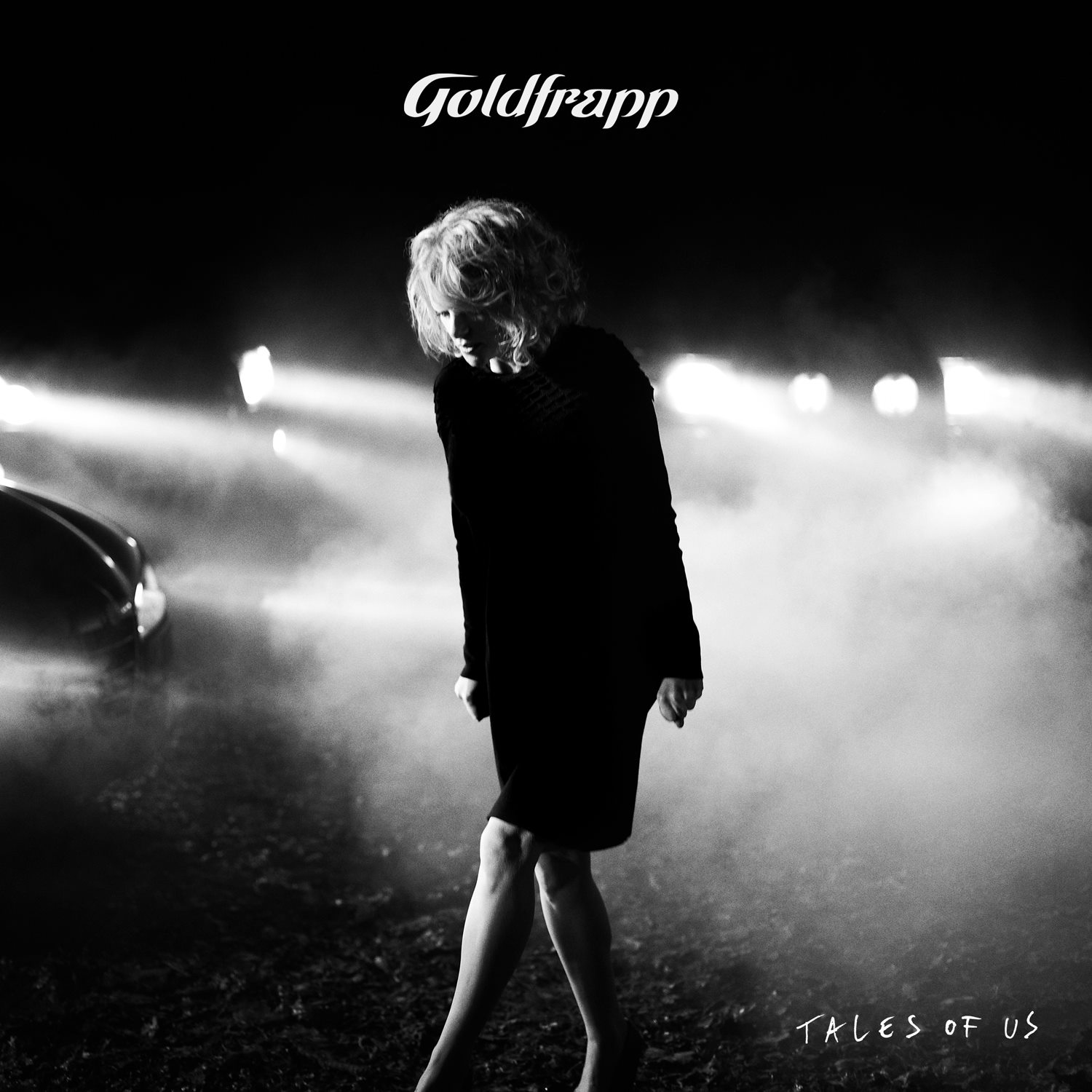 with Tales Of Us 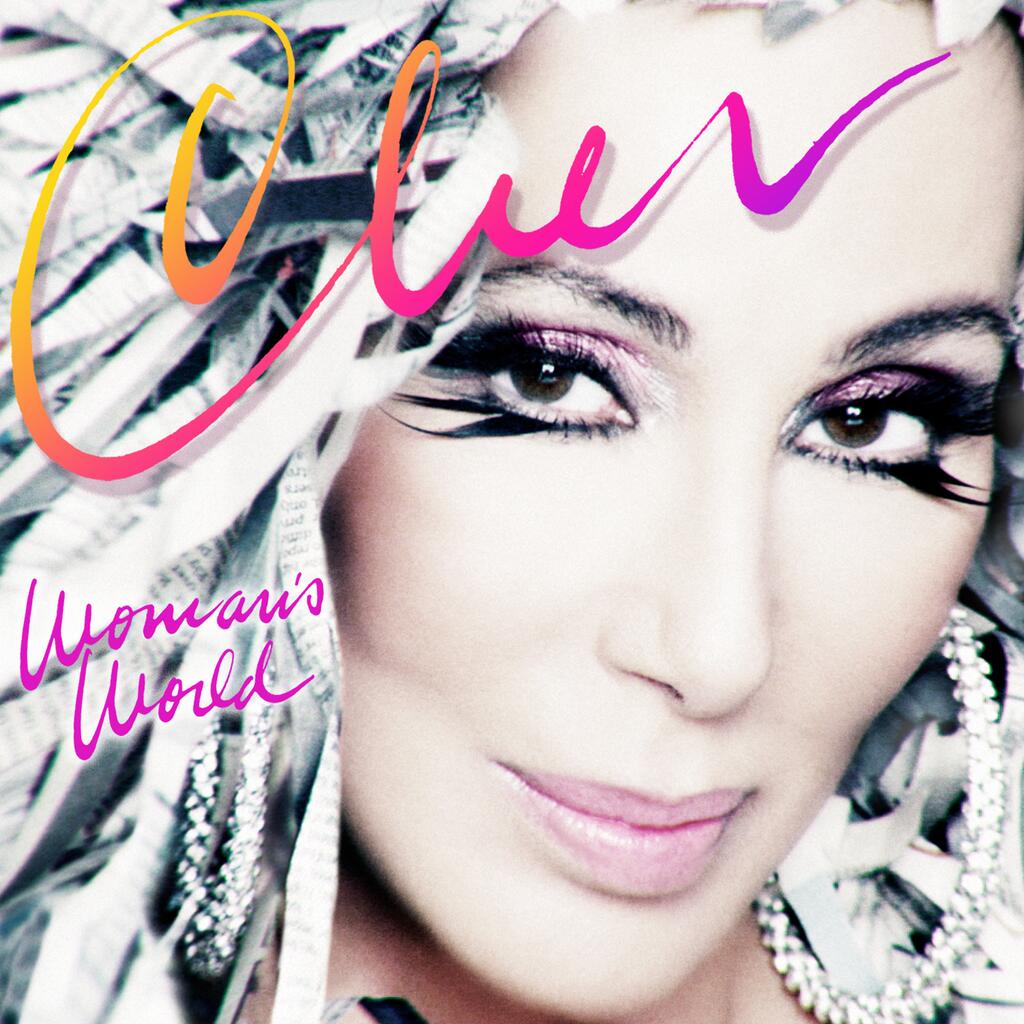 When everything old is new. Not that Cher has ever been old. 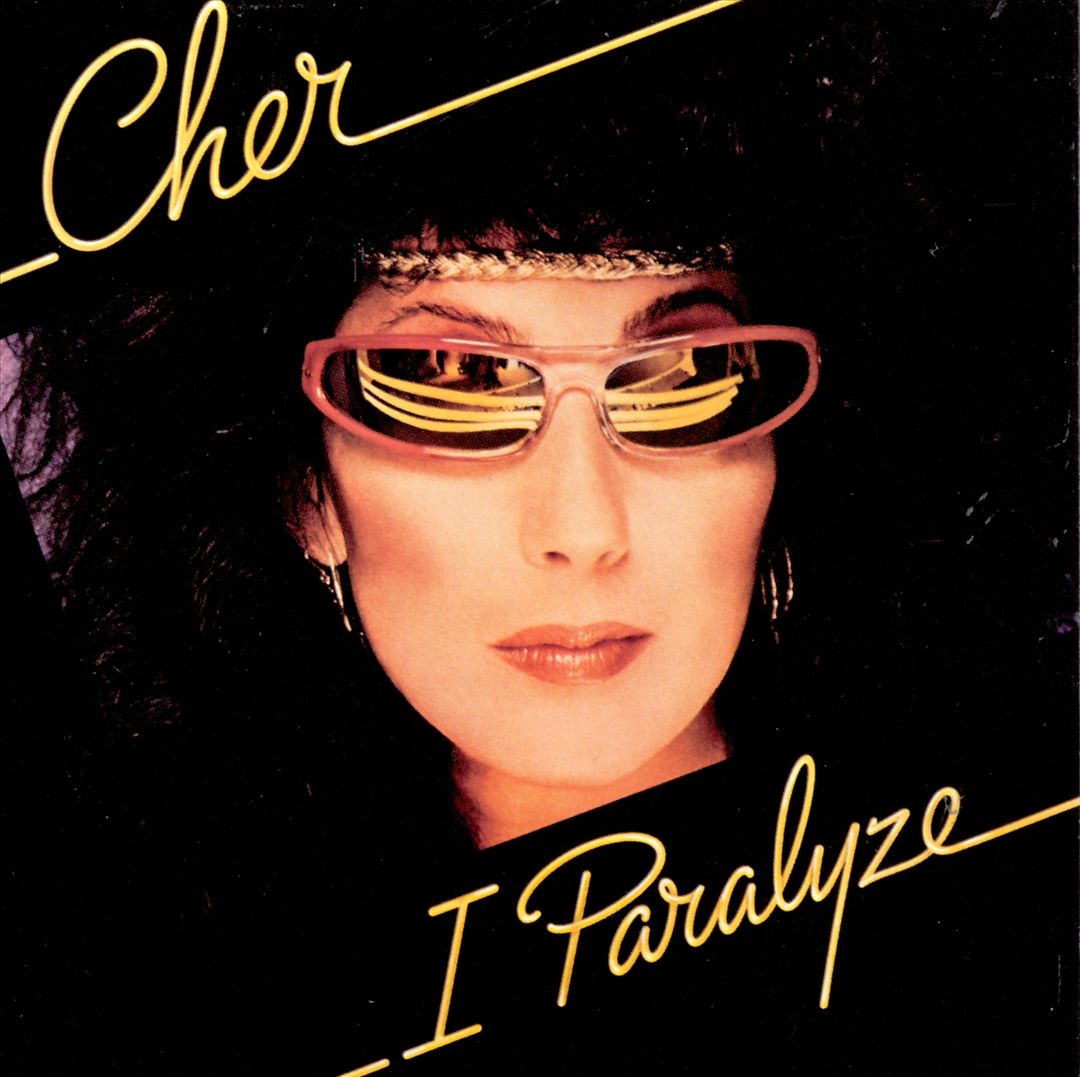 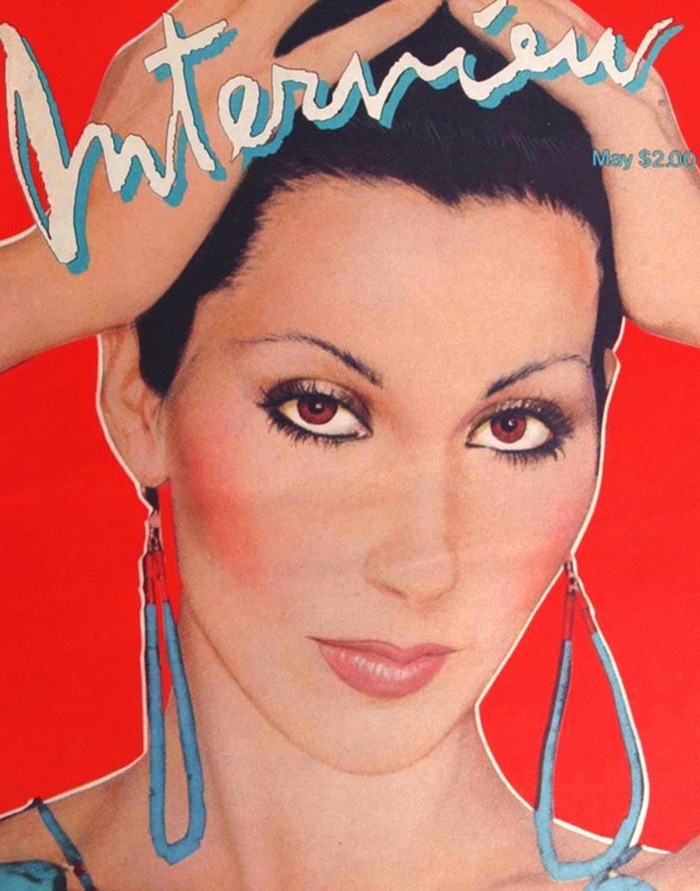