Syron. In my arms you will remain. 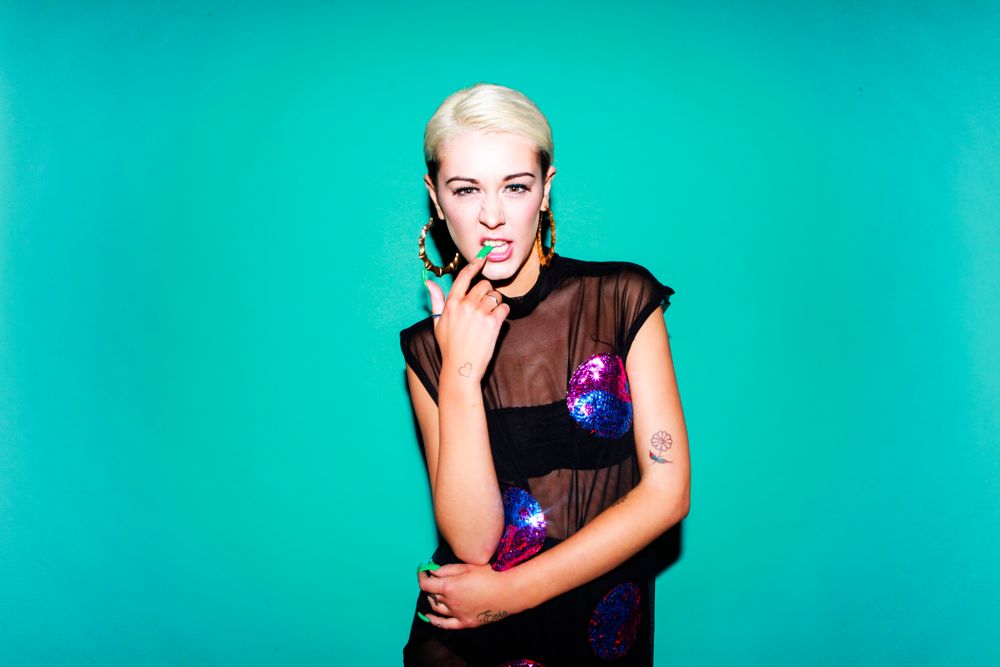 Cute new Brit girl Syron - she reminds me of Sarah from Dubstar - has a new single out. It's called Here. Syron - aka Daisy Tullulah Syron-Russell  -is the latest in a group of cool women releasing garage-influenced pop tunes (think Katy B). I always have time for this sound.


Here is released on March 17th. You can hear more of Syron, including earlier singles Waterfall and Breaking, at her Soundcloud.

Email ThisBlogThis!Share to TwitterShare to FacebookShare to Pinterest
Labels: Syron 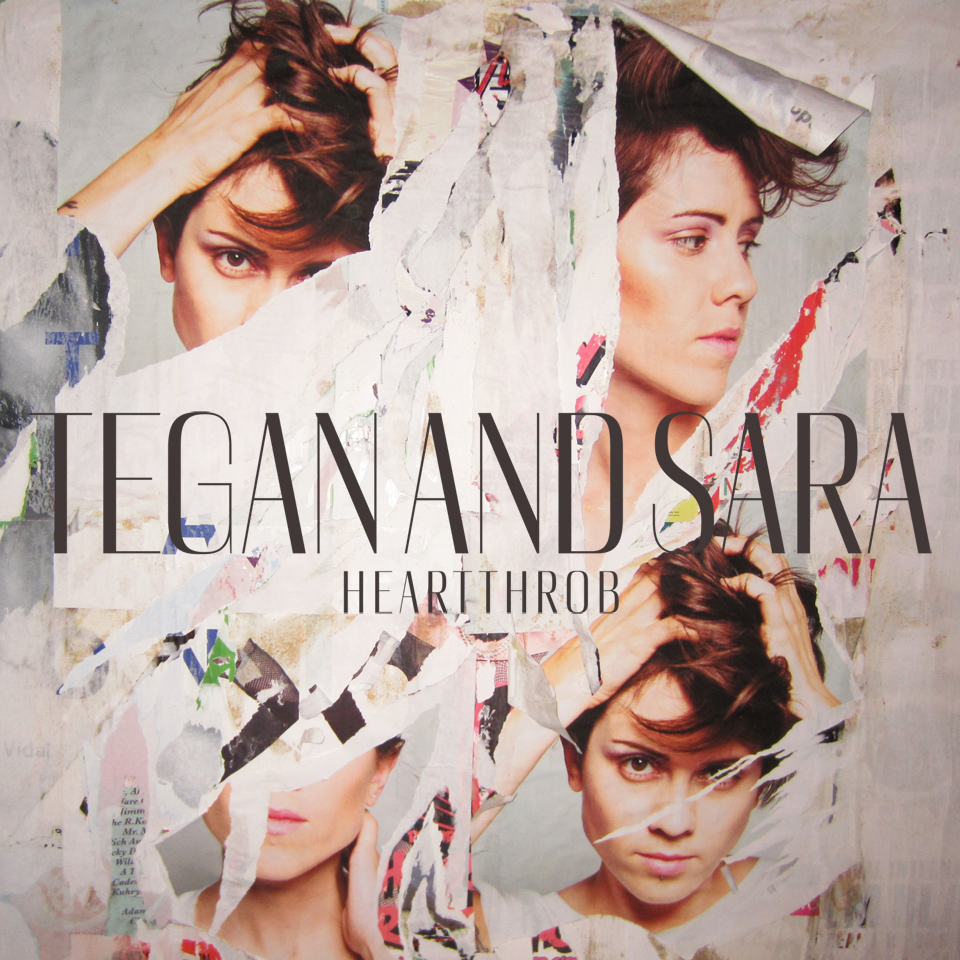 I reviewed Tegan and Sara's Heartthrob, the first great pop album of 2013, for Idolator.

Closer, which the sisters say is about the love-struck phase before a crush becomes physical, alternates between sweetness (“I won’t treat you like you’re typical” ) and utter horniness (“All I dream of lately is how to get you underneath me.”). After a few banger choruses, the bridge builds into an explosion of shimmering vocals, simulating the sound of the daydream-filled crushes they’re singing about.

You're my pretty boy, always 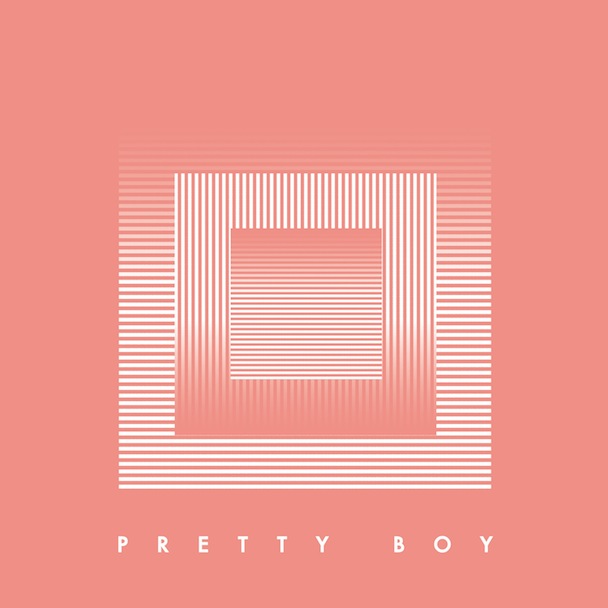 Canadian band Young Galaxy takes it to the next level with the unbelievably gorgeous first single from their fourth album, Ultramarine. For me, Pretty Boy is all about three elements: that insistent rhythm, the violin ribboned throughout the song and the vulnerable performance by vocalist Catherine McCandless. Listen for yourself...


Pretty Boy will be available to purchase on February 5th, with the album to follow in late April. Ultramarine was recorded in Sweden with producer/remixer Dan Lissvik.

Stars sing me to sleep 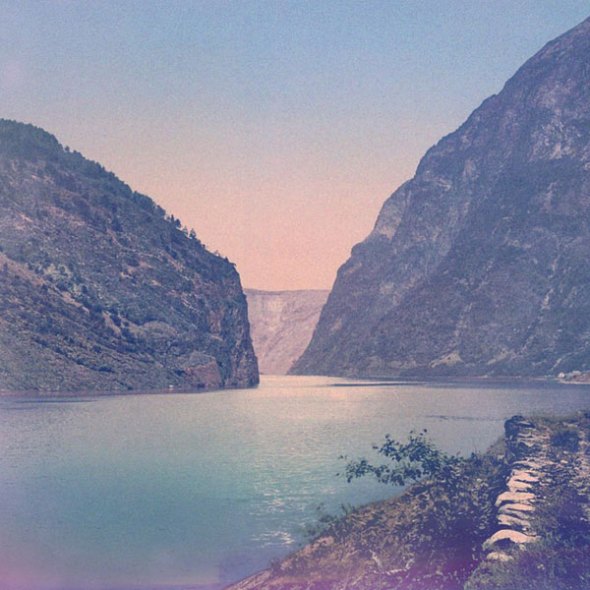 The first Stars song I ever loved was the impossibly beautiful Tonight, from their Nightsongs LP.  It reminded me of a lost Morrissey/Marr composition. So it's only fitting that, 12 years later, Stars gives us a (free) cover of The Smiths' Asleep. The song is federated on a new EP, Far From Home. which also features four "Breakglass" acoustic versions of album tracks. God, this band shimmers and shines.

Thanks to Pop Labyrinth for the tip.
Posted by xolondon 1 comment:

OOH! The Return Of Del Marquis 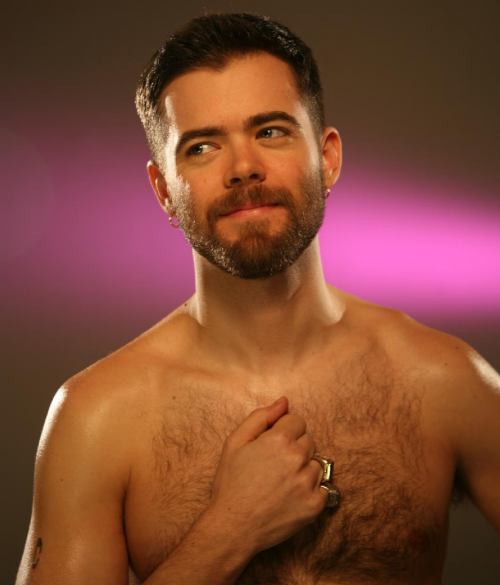 Back in 2009, before the last two Scissor Sisters LPs, I interviewed Del Marquis about his solo work, a diverse collection of songs starting at pop and pointing all over the stylistic map. And now he's back!  Idolator launched Del's Princely new track Say Ooh Damn today, recorded with new artist Xavier Smith and Prince's (sometimes) live band, The New Power Generation. Meanwhile, Kick Kick Snare debuted the rubbery Let Me Tickle Your Fancy. Fans of Scissters will dig the fact that these songs are similar in vibe to his "mother band's" grittier disco funk sounds.

No, that's not the cover image for the new mixtape above. I just thought it was a nice way to warm up on a cold winter's day. You can follow Del and Xavier on Twitter to keep up with the new tunes. And follow me too, right? 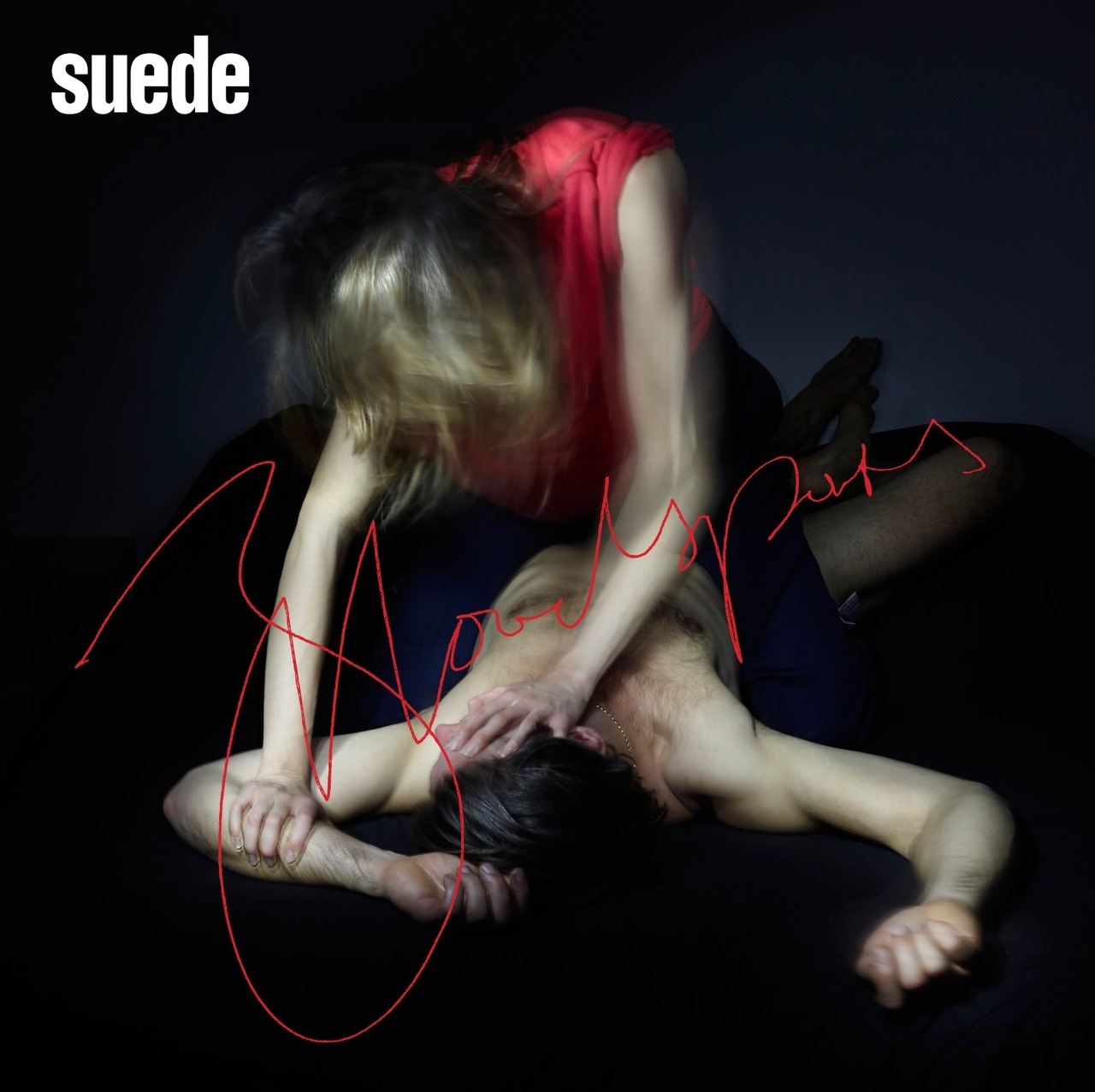 The past year has seen 90's acts return with mixed (to no) commercial success, among them Garbage and No Doubt. Now it's Suede's turn. Most love this Britpop-era band for their first two albums of sexually ambiguous, drug-laced, council house rock, but their poppy third album, Coming Up, is one of my favorite albums of the nineties. The lead single Trash captured them at their best - pure romance awash in guitars and gorgeous filth: "We're trash you and me, we're the litter on the breeze, we're the lovers in the streets."

Last week they release a solid - and free - new track called Barriers, the opener to their album Bloodsports and their first new song in 11 years. Arrangement-wise, it's guitar rock, but lyrically it has the same kind of epic sweep that the best Suede songs have: "Aniseed kisses and lipstick traces / Lemonade sipped in Belgian rooms / Couldn't replace the graceful notions / That clung to me when I clung to you."

The first proper single will be the pleasingly titled It Starts And Ends With You. I'm hopeful for this album because it was produced by Ed Buller, who did the first three Suede albums. Bloodsports is due on March 18, a week after Bowie, who heavily influenced the band, releases his new album. Here is the tracklist:

Barriers
Snowblind
It Starts And Ends With You
Sabotage
For The Strangers
Hit Me
Sometimes I Feel I’ll Float Away
What Are You Not Telling Me?
Always
Faultlines

Tegan and Sara: I Was A Fool 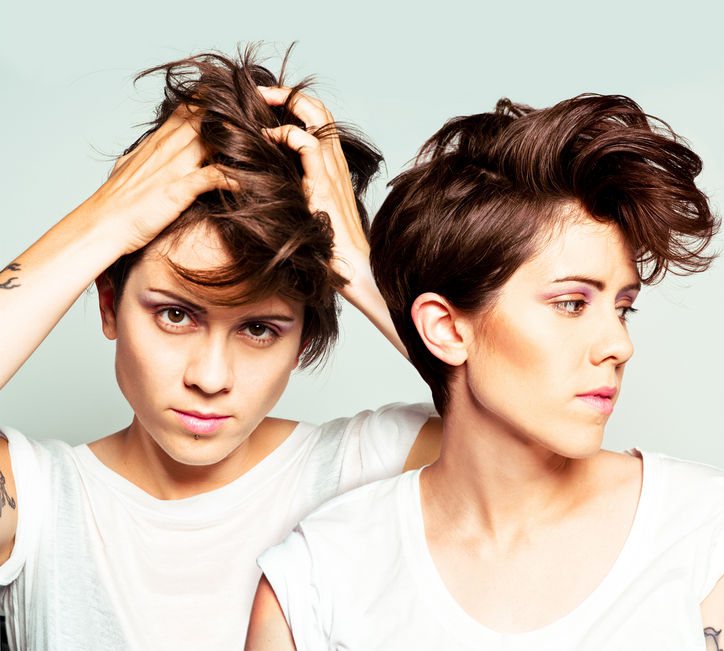 Tegan and Sara's latest track from the superb Heartthrob is I Was A Fool, a sweet/sad midtempo. As good as this is, there are even better tracks on the LP, which is due on January 29.

Just to add some confusion, they're also on the GIRLS soundtrack covering the Stones' Fool To Cry. This is one of those old school soundtracks where you cannot buy individual tracks. I call bullshit to that.

Email ThisBlogThis!Share to TwitterShare to FacebookShare to Pinterest
Labels: Tegan and Sara

You can have me whenever


Still in love with the amazing Sisters by AVAN LAVA - that's pronounced Ahh-von-Lahv-ahh. They're working on their 2013 debut album now. Cahhn't wait. After a year-long delay, New Order's new LP, Lost Sirens, is out next week. These are previously unreleased tracks from the same sessions that resulted in 2005′s Waiting For the Sirens’ Call, the final LP produced by Jim Spencer, John Leckie, Stuart Price and Stephen Street. My favorite from that era is the beautiful Krafty, but the album also included a Stuart Price pop gem, Guilt Is A Useless Emotion. Lost Sirens is along the same lines - the songs stretchy out, most veering into the 5 minute territory with nice instrumental passages.

Here is what band member Stephen Morris said about it:


When we did the first one [Waiting For The Sirens' Call] we had 20 ideas for songs - we were going through a particularly prolific phase – but we couldn’t make a double concept album out of them all, so we thought we’d just do two instead. The intention was always to write four or five more songs and then put it out 18 months or so after the first one. When we unearthed it from the cupboard recently, with the intention of re-editing some of the songs, we all agreed they didn’t actually need it, and it should just be out there.


I'll Stay With You Solid intro track and one of the most concise at 4:20
Sugarcane 80's synths. amazing instrumental bridge from 2:42 to 3:17
Recoil the jazzy one - very organic. literally shimmers
Californian Grass rugged guitar and lush strings. Subtitled "Doomy."
Hellbent a rock track with a great house piano break, this song starts Side B on the vinyl version
Shake It Up a sleek synth intro gives way to an uptempo stormer
I've Got A Feeling my least favorite, kind of meh
I Told You So this one is about drums

The surprise is that these tracks are as good as much of Sirens' Call. They weren't locked away due to quality, but due to the band bitterly falling apart. Still, you have to wonder why these got knocked off that earlier disc. As usual, I love the Peter Saville cover above - it looks great on this blog! 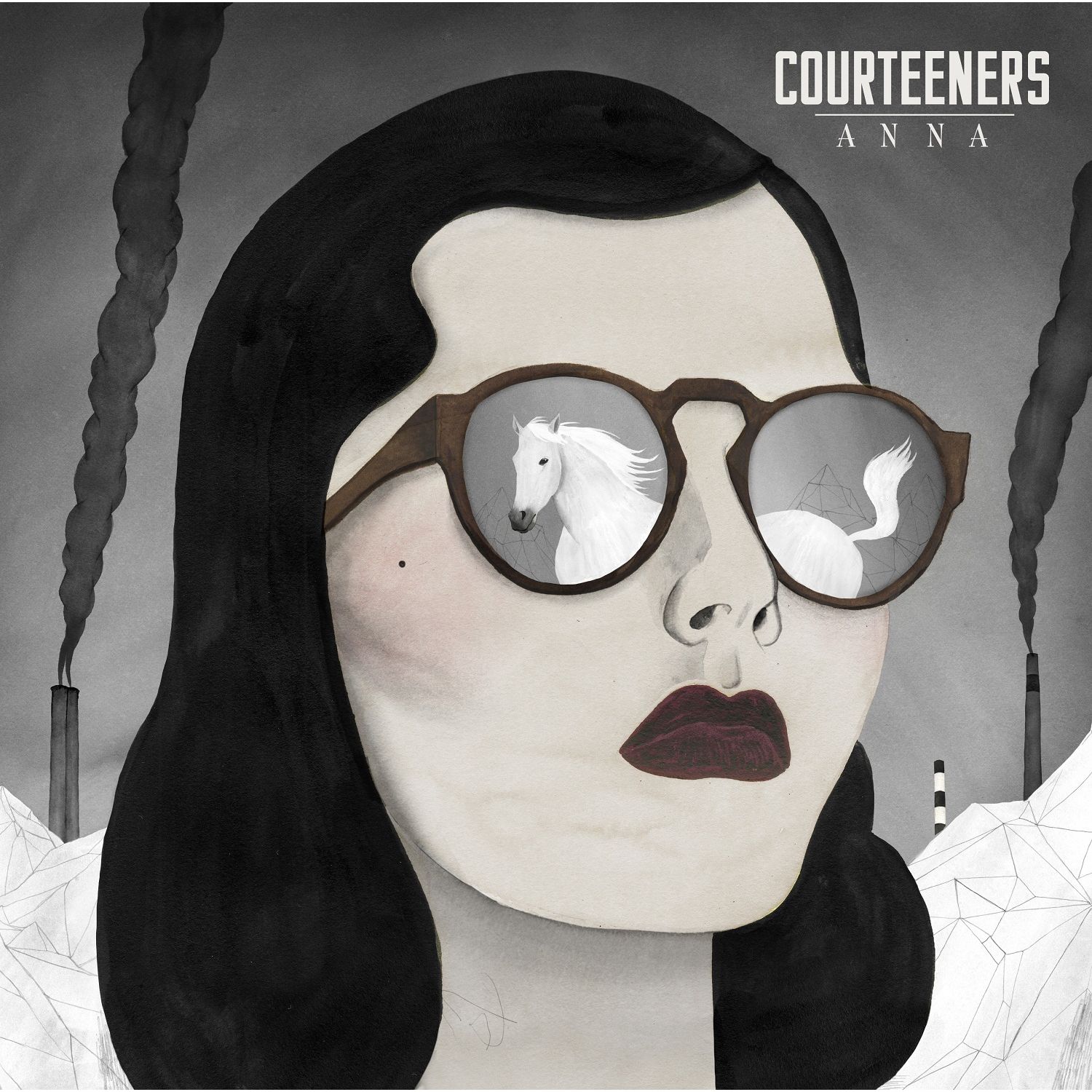 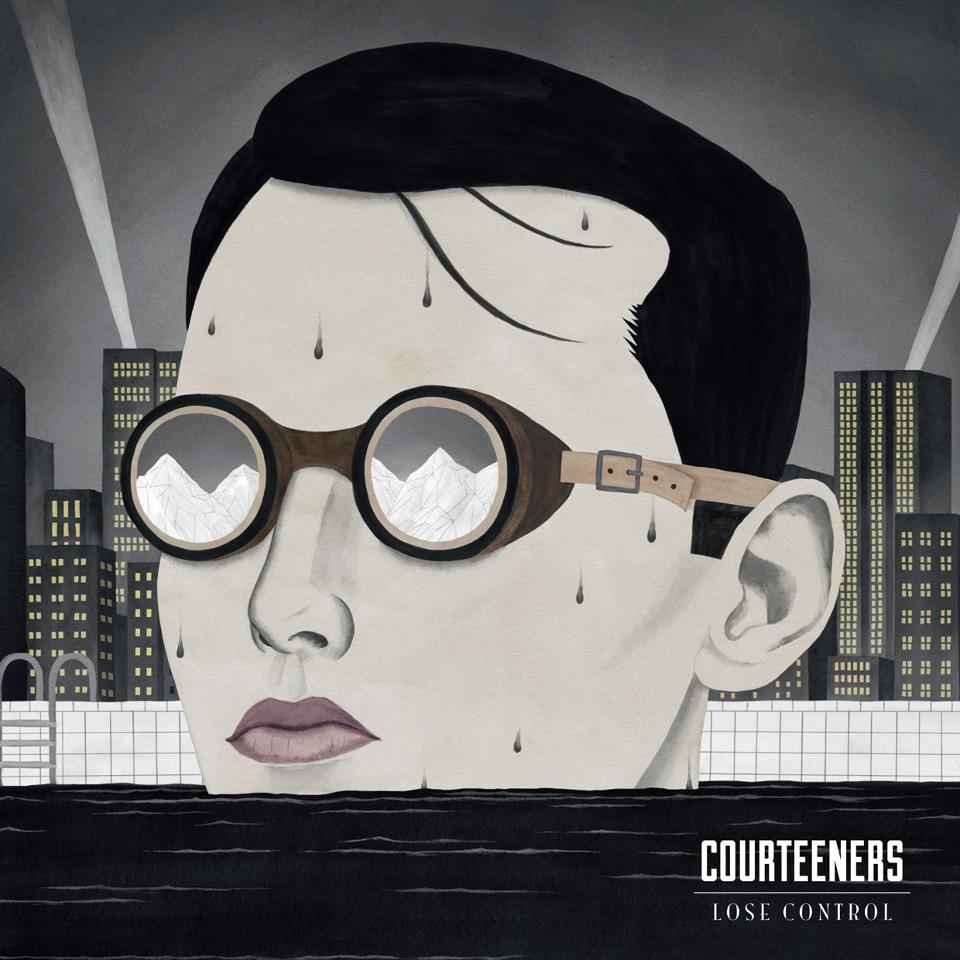 Email ThisBlogThis!Share to TwitterShare to FacebookShare to Pinterest
Labels: album covers, The Courteneers 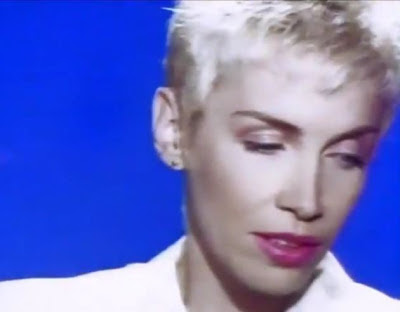 Happy New Year to everyone. xoxo 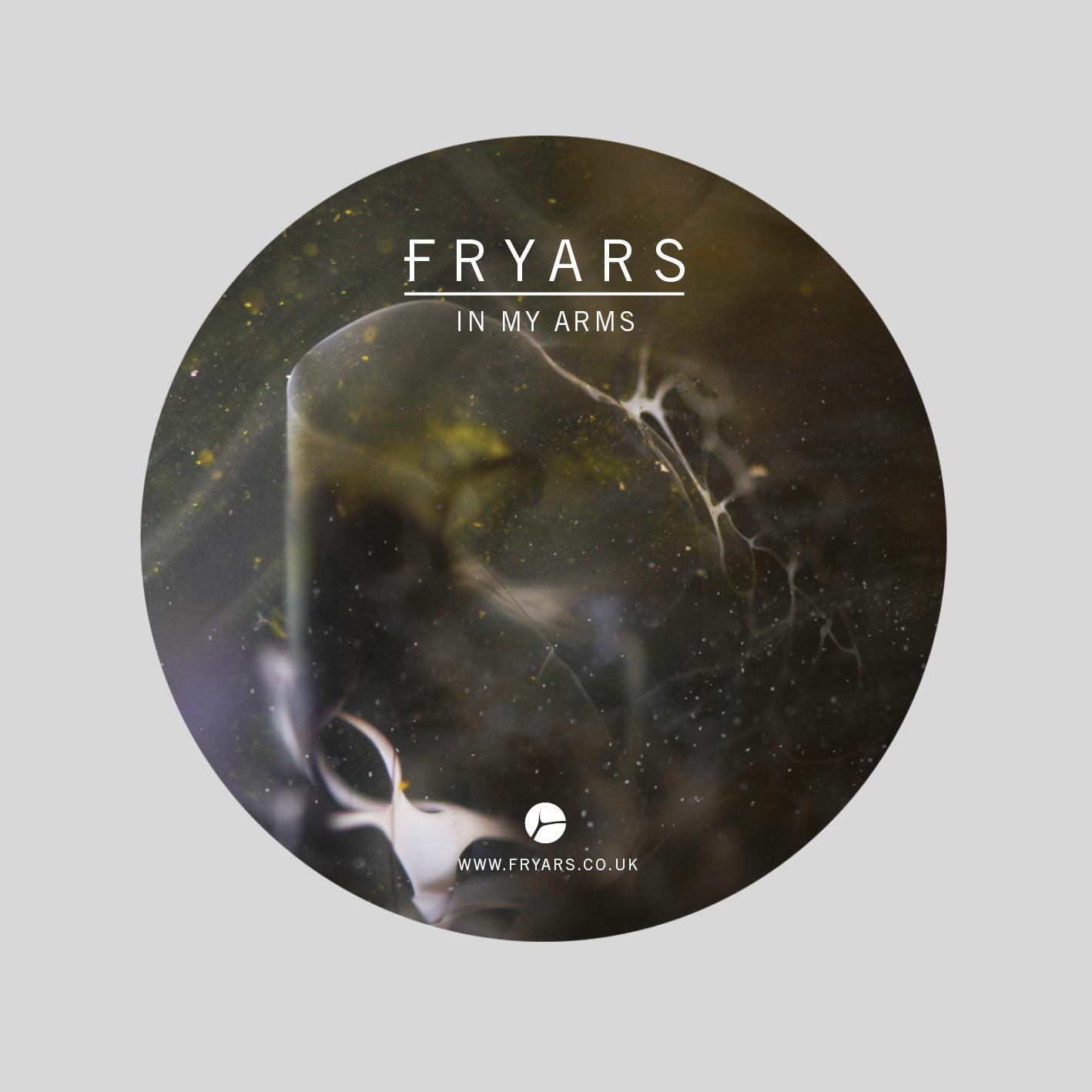 I know very little about Fryars except that his name is Benjamin Garret, he's a Brit and - this is odd - he wrote and produced three songs for Mika's Origin Of Love album (Celebrate, Lola and Make You Happy). As is usual, Michael Cragg was all over this in November in The Guardian.

Email ThisBlogThis!Share to TwitterShare to FacebookShare to Pinterest
Labels: Up in '13 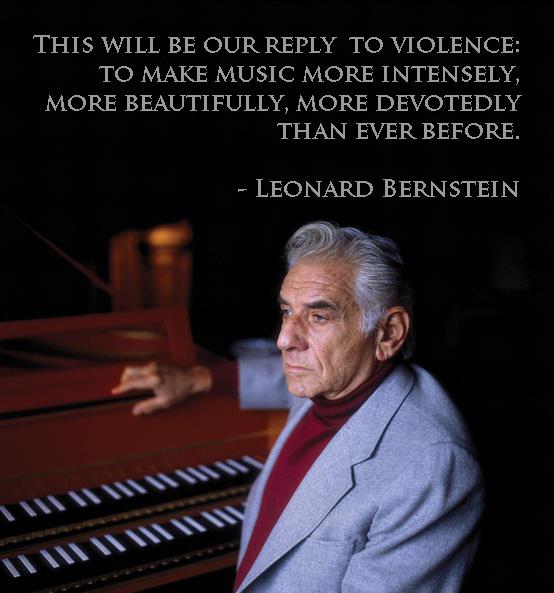 Email ThisBlogThis!Share to TwitterShare to FacebookShare to Pinterest
Labels: quote

So... blogger ate my template when I made a minor change to it. Years of work down the tubes. My content is still here, but it ate my navigation. Charming. It is time for a change, but I need to think it through carefully. I have been kicked into 2013!

Happy New Year to all! XO
Posted by xolondon No comments: