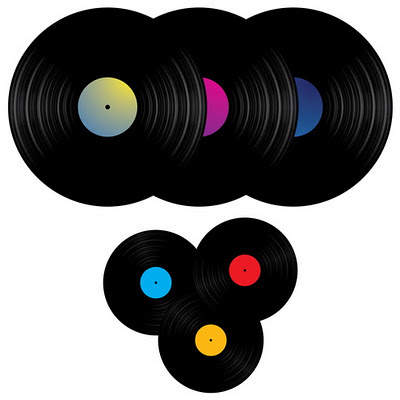 Let's get this out of the way: Madonna has everyone on tenterhooks. Early indications are pretty vexing, but the presence of writer Jean Baptiste (he did a lot of the last Kelis album) and William Orbit are reassuring.

New Dragonette is fixin' to thrill.

We have Emeli Sande, whose album is wall to wall ballads.
Lianne Havas will release her debut. I don't really have high hopes for her or Michael Kiwanuka being anything other than lovely'n'dull.
The ubiquitous hype that is
Lana Del Rey? She may pull it off!

Ladyhawke's
album Anxiety is out in March

Spring is the release period for the debut album by Bright Light Bright Light - it's called How To Make A Heart.
Fibes, O Fibes release Album on April 11.

Gabrielle
has been in the studio for a long while now and may release her new album.

I am not holding my breath for Maxwell's new record, but he has been working on it for most of 2011 (when it was supposedly done well before that). We do know the title: Summers.

Scissor Sisters. Don't like the first single, but I expect the album will kick it.

Yasmin will release her debut album, I hope, which should includes her collaboration with Starsmith. Her label is spinning too slowly on this one.

Sammy Sparro releases Return To Paradise this spring. I am still obsessed with Black And Gold four years after the fact.

Robbie Williams is supposed to release a new record this year. He's like a grandpa now, isn't he? I hope it has his usual witty lyrics and no military sounding songs.

This year's REM mantle - an album that will not be as good as the hopes for it - is taken by Sinead O'Connor, who is a madcap mess in the press right now. How to take this former rock goddess seriously?

Marina & The Diamonds will release a sophomore record by summertime.

Little Boots and Ellie Goulding are also to return in 2012 as well.

Autoheart - who used to be The Gadsdens - long awaited debut, which may or may not be called Agoraphobia, is out this year. First single is the stunning Control.produced by Danton SuppleEnglish folkie Richard Walters should have a new album out this year. Preview EP Young Trees is excellent. I PRAY for the return of the superior Knowles sister, Solange. She's been recording for ages.

After a quiet few years, there's been a buzz of activity at Xenomania HQ in Kent. They will blaze trails in 2012:


Sky Ferriera may release a debut this year. but not the scrapped pop record she intended for 2011.

Whatever, we have an album by the lovely Sia to look forward to.

While The Gossip may have run from Mark Ronson, Rufus Wainwright embraced him for his new album called
From the Scan Nordic track, we have a debut from Beatrice Eli and most likely something new from Robyn. Will Janet Jack son return? I doubt it. Original Sugabbses are retuning. Thank God.

90's female icons are back:
Clare Maguire is threatening a new blues disc in 2012. Oh God, please no.
Saint Etienne have a new album out this year. Hurrah!
Noughties lovelies Turin Brakes are now a foursome and should have new music in '12.They are on the road now. Not dead!

Keane should have their 4th full-length LP out by summertime. This will be make or break for those boys. Killers are also due out this summer or fall.

Bertine Zetlitz releases a new album - single called Electric Feet - this spring. It's been years.
Alison Moyet has recorded an album with producer Guy Sigsworth - that sounds mega. No date for it yet.
There are rumours - heh heh! - of a new Fleetwood Mac disc, but I find it hard to believe.
Where
are they? Anneli Drecker and my friend Lucas Mire. Dunno. (1/25 update on Lucas: he is finishing his album now).

Finally, at the end of the year we get a new
Pet Shop Boys album too.

Let us all live that long, please. Prosper! And follow me on twitter to see my reactions as this music appears in our ears...

Email ThisBlogThis!Share to TwitterShare to FacebookShare to Pinterest
Labels: Up in '12

And this CHER album that should have come out 100 years ago!

I love this list! Thanks a lot! Now I'm really excited about what the Gossip with Xenomania and Rufus Wainwright with Mark Ronson could sound like. Even Pet Shop Boys are taking a chance with a relatively unknown hiphop producer. Brilliant!

I saw Keane were done recording. God I hope it's better than that EP a couple years ago. No Doubt may not have had a record in a decade, but Gwen Stefani sure did. Has Robyn taken her place?

I have heard the Sinead O'Connor, and it is actually rather good, keeping to her general ethos. I wouldn't say it is her best--that still goes to the first two--but it's a sight better than her last record or some of the Irish material of late (the reggae record was actually pretty good though). It's really a shame she had to go get twitter-happy right before it's release. Still, I don't know if that's as uncomfortable as Seal releasing a Soul 2 album in the US the week he and Heidi Klum announce their divorce. It features the Al Green classic, "Let's Stay Together".

Girls Aloud AND original Sugababes? Can we handle it all?

This post made me smile, lots of good stuff coming up. 2012 is saved not the end of the world after all. :)