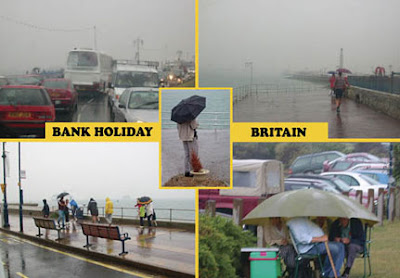 Big news! Pet Shops Boys have begun recording their new album n LA with a producer called Andrew Dawson. Intriguing that his background is almost exclusively hip hop/r'n'b, with guys like Drake and Kanye. Just a few weeks now until their new b-sides collection, Format, hits shelves.My lovely friend Doron talked to Kate Havnevik for Planet Notion about why it took her five years (not six!) to release her new album, You.Fans of Rose Elinor Dougall - THE COOLEST GIRL ON EARTH - can download a free EP (Distractions) now. This is a stopgap before her new 2012 album, but its really nice. She has one of the finest voices of the last few years- this time set against a Smiths meets Cocteau Twins setting. Lovely for a rainy bank holiday.Rihanna finally ground herself down to a bewigged nubbin. Her new single You Da One is phoned-in lethargy. As is the video, which features none of her recent retro chic styling. Total stolen-from-Britney white wig fail. Bring on Where Have You Been for a proper single.Simon LeBon's favorite album of 2011 was... Let England Shake by PJ Harvey? Seriously? Check out his faves of the year. One note: CocknBullKid will pass out when she reads it.
Seventies queens can get the new Diana Ross' 1976 (self-titled) album reissue on Feb 21st. Deets at Second Disc.Eighties synth dweebs can gorge on the Nik Kershaw reissue of Human Racing. Again, deets at Second Disc. Oh, how I love Wouldn't It Be Good. This set is out on March 6th in the UK.Burning The Ground, a class act, has the 12" single of Dream Academy's Life In A Northern Town. What a glorious song. They don't make 'em like this anymore. Popjustice has warned that there are not really any danceable tracks on the Emeli Sande album and that it sounds surprisingly "Leona Lewis." Hmmm.Have you all seen Tubalr? It allows you to listen to a band's or artist's top YouTube videos "without all the clutter YouTube brings." You just type a band's or artist's name into the search box and select only or similar. Cool beans!

I am fine with admitting I think the new Scissor Sisters single, the goodly titled Shady Love, is terrible. The presence of Azealia Banks is a chafe when they ignore Ana. The whole thing screams "chart bid." Change is good as long as you retain something of yourself and the only Scisstery bit I hear is Jake's amusing raps. And for a band so visually arresting, to have your video starring a bunch of kids is makeshift at best.

Ren Harvieu is a new girl singer from the UK. Her first single is Through The Night, but I prefer the uber kd langish Forever In Blue

Jimmy Harry of Rupaul fame co-wrote Madonna's Masterpiece?! I did not see that coming! The other co-writer is Julie Frost, who probaby had to give up royalties to Beyonce for Countdown.

Marina Diamandis tweeted back to me last weekend and I am still - you guessed it - shaking and crying.
Michael Kiwanuka won the BBC's Sound of 2012. After last year's winner, the crass screecher Jessie J, I am quite wary of what the Beeb thinks. Michael is pleasant, but I hear nothing original. Check out his new single Home and see what you think. Borrrring! Am I wrong or right?

Reading Material #1 A gorgeous blog post on Buffalo style, highlighting photos in Arena Hommes a few years back. Here is a second post. Included is a recent photo of the buffalo queen, Neneh Cherry.


Reading Material #3 I also loved the piece NME did on worst albums of 2011. Mine was Bjork (from the angle of disappointment). Among their picks were The Drums and Rihanna. I think they left out Coldplay.

Reading Material #4 Pitchfork interviews Charlotte Gainsbourg (in another world she is my wife) about her live LP, Stage Whisper. She is very self critical and "thinky" and has strong integrity... but you just want to say, "Have a big drink before you go onstage!"Some tunes I am enjoying in this cold period in pop: Snow Patrol's Garden Rules, Goldfrapp's new single, Melancholy Sky, and Lana Del Rey's This Is What Makes Us Girls____________________________
Follow me on Twitter and Tumblr (my current obsession)

I used to listen to Human Racing so much.

I only just downloaded Rose Elinor's e.p. AND 'Life In A Northern Town' before heading over here. Spookalicious Serendipity.

That Scissor Sisters track is beyond awful. Beyond!

Thanks for the PSB and Rose Dougall news. Interesting choice of PSB producers--hopefully the fans can deal with it. The Kershaw sounds interesting--I just hope it doesn't cost a fortune with so many mixes filling out disc 2. Will somebody please get Universal to do this to Kim Wilde's "Close" next?

Saw Emile Sande on Graham Norton and wasn't blown away by that song like the others. The less said about Lana del Rey on SNL the better--like her songs, HATED the performance. Scissor Sisters must need a hit. Can Ana even really sing? Most of the time she is used for spoken word stuff, and while she's done a little, they really seem to brush her aside, much more than, say, the Human League. Unfairness!

The studio parts of the new Charlotte GB are quite good and interesting, but the live leaves me cold. My friend at work an I really liked the Pains of Being PAH record that we each bought the lp. That Glasvegas album was, however, very disappointing. And sorry, I really like the Coldplay--a much stronger album that the meandering Viva la Vida, which couldn't even distill it's strengths into one cohesive album that it needed an EP followup with extra singles. Some may find Mylo too "radio", but the ballads are quite tender, and the pop songs really pop for once. I even like the Rihanna track. Now for that Snow Patrol record...I thought Hundred Million Suns was TERRIBLE (especially after the decent one before), like grasping for more American approval, and it failed miserably. This is marginally better, but can Gary Lightbody loosen up and have a good time? They also seem to lack a clear direction. I'll keep trying if you say so...

Took your advice and got the "Distractions" EP. On first listen it seems overproduced and that the melodies are struggling to break out/define themselves. Yet I'm not very knowledgeable on Smiths and Cocteau Twins soooo....

Ah, Nik Kershaw. An underrated performer, I saw him in concert in 1985 in the 2nd row amid many, many extremely loud teenage girls. He looked a tad overwhelmed. Nonetheless I admire his albums but I only have them plus a few 12" on vinyl. So the reissue is good news. You can follow what he's been up to on http://www.nikkershaw.net

I do have the 12" vinyl of Dream Academy's Life In A Northern Town too :)

Yes, the new Scissor Sisters track is defintely inching towards a more commercial direction, but still it doesn't sound all that US pop radio-friendly. They could go in a even more commercial direction (or do even worse) like doing a "featuring Nicki Minaj" track or have David Guetta produce their next album. Or maybe Lady Gaga could write a single for them. If they end doing at least one of the first items listed, then I'm going to scream sell-out.