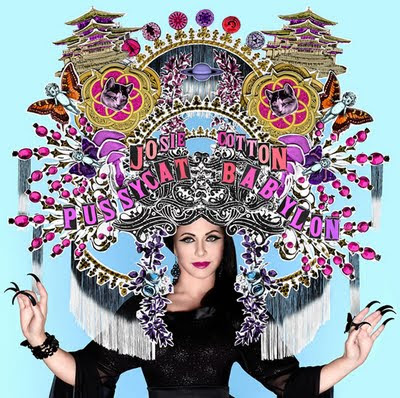 If you are of a certain vintage coolness, you'll know Josie Cotton's sassy 80's gem Johnny Are You Queer? WHO KNEW [insert quizzical hand motions] that she'd be back thirty years later to slay us with See The New Hong Kong. Written by Cotton, this is the most overlooked song of the summer. I mean, this woman is on it enough to rhyme pounding with Charles Bukowski.

The original version, from her new album Pussycat Babylon (purrr), is all wistful longing

The Loverush UK Club Mix adds a beat, but sustains the melancholy. It's literally cooling in its airiness and calm. The piano motif they added (prominent near the end) is gorgeous.

Download See The New Hong Kong from Josie's site or buy it on iTunes.

First there was The Gadsdens and now there is Autoheart, Jody and the band's new name.

And this gem, it sounds like it was written in smokey Manhattan in 1955. It's actually a cover of a track from the 70's all-kid musical Bugsy Malone. Jody does forlorn so... forlornly.

Who were The Gadsdens? Check it.
Posted by xolondon 1 comment:

Florence + The Machine: What The Water Gave Me

The first taste of Flo's new album. What do you think?

The last two minutes is blazing. Fiercest. Pop. Star. Ever.
Florence and The Machine What The Water Gave Me

Email ThisBlogThis!Share to TwitterShare to FacebookShare to Pinterest
Labels: Florence

Marina: A long way from Wales...

Today Marina And The Diamonds takes a big leap forward. Radioactive is her "sell out" moment, or so she intimated in a blog post awhile back. But it isn't. Yes, it's totally In The Now, or maybe even the recent past, as if she did a mashup with Rihanna. But she has not gone Ibiza disco - that's a ruse. The message of the lyric is pure Marina, who has long been obsessed with all things America: Our "ready to be let down" culture, Britney Spears and her own "nuclear" meltdown. There's even a neon gold reference, so Marina has clearly not forgotten her roots. The actual song at the heart of this is beautiful.

And the end, when she rips off the wig, is great. She's gorgeous.

Here is part 1: Fear And Loathing

Now to know it in my memory 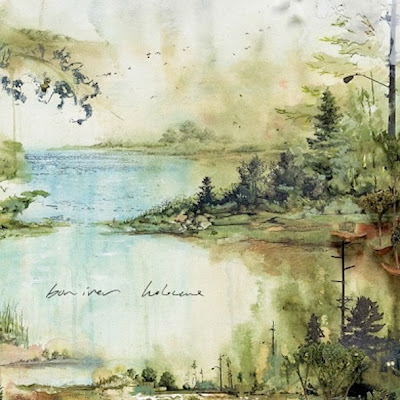 So beautiful, the video below. Watch it all the way through. It's for one of the finest songs, Holocene, on Bon Iver's new album. I like how this manages to convey the grandness of nature and man at the same time.


…and at once I knew I was not magnificent
hulled far from the highway aisle
(jagged, vacance, thick with ice)
I could see for miles, miles, miles

The music is so gorgeous, it's easy to miss the terseness of the first verse lyric: "You’re laying waste to Halloween / you fucked it friend / it’s on it’s head"
Posted by xolondon 1 comment:

Cover Story: If only the music was as good as the image 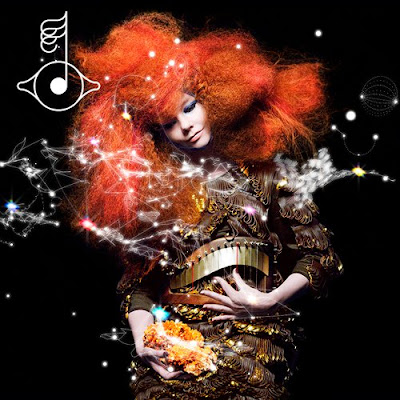 *This is a Chaka Khan joke-free zone 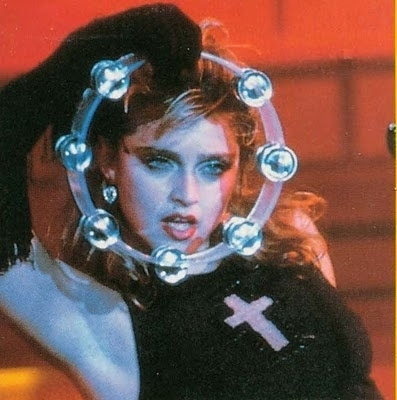 Today is The Queen's 53rd birthday. Rather than a feeble attempt at celebration [haha, geddit?] here, this year you need to read Adem's Happy Birthday Madonna post, filled with quotes and videos. A choice example:

Here is my 2008 Birthday post, which includes 10 + 1 Reasons to Love Borderline.

The Nicola: Are you gonna take this golden opportunity?

10+1 Thoughts on Lucky Day by The Nicola (Roberts) 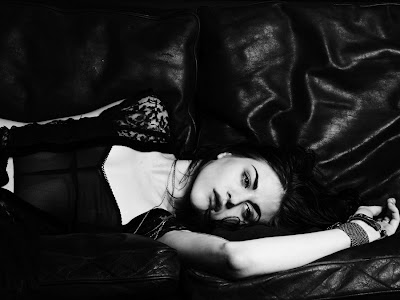 I've seen the future and it will be 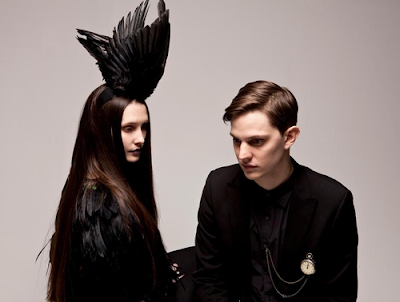 I am rendered mute by this song. Holy fuck.

Email ThisBlogThis!Share to TwitterShare to FacebookShare to Pinterest
Labels: Alpines, Up in '12 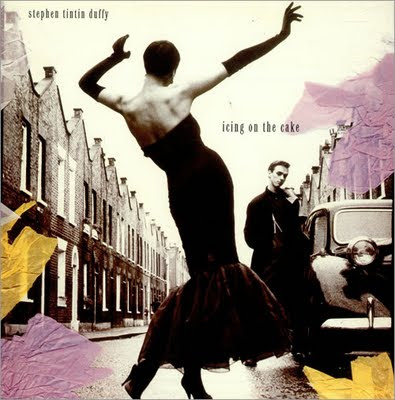 I am trying out tumblr, purely for posting images I like that seem too random to devote to a blog post. One of the first is this gorgeous vinyl single cover from Stephen "Tin Tin" Duffy (later of The Lilac Time). They don't make them like this anymore. Now, album art - what singles? - is dominated by headshots that will look good on a tiny iPhone.

I've been down that amazing London street in the photo, Roupell Street, and it looks just the same 25 years later.

Laura Marling goes to church. And gets angry.

Not much happens in this video: Laura Marling* in a cathedral. But the song is strong enough to carry it. Really, the whole video hinges on the way she spits the lyrics through gritted teeth. She stands before the maker, stares up and delivers this takeaway: "Where I've been lately is no concern of yours."

I am seeing Laura this September in a synagogue, but the UK fans can practically recreate this video by seeing her in a cathedral.

Bring on fall. I am tired of this summer shit. I want cold bones and moods and rain.

*She really is like the Fanning sister with an axe to grind, isn't she? Love her.

Email ThisBlogThis!Share to TwitterShare to FacebookShare to Pinterest
Labels: Marling 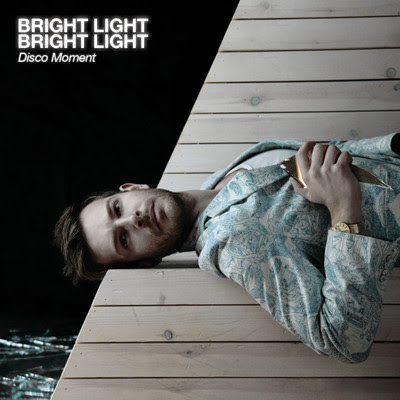 Bright Light Bright Light's new - and perhaps finest - single, Disco Moment, is out now. As I said in June, this is "galloping discopop" with a ribbon of sadness running through it.

Oh, you seem to change your mind in a heartbeat,
But still you try to keep your arms somewhere around me
Well, not like this, it's not how I operate...
I am open, I am open, but I might just close.

Americans can get Disco Moment on iTunes US, Brits on their iTunes. Not sure about the rest - look for it!

Email ThisBlogThis!Share to TwitterShare to FacebookShare to Pinterest
Labels: BLBLx2

Lana del Rey: Lean in for a big kiss 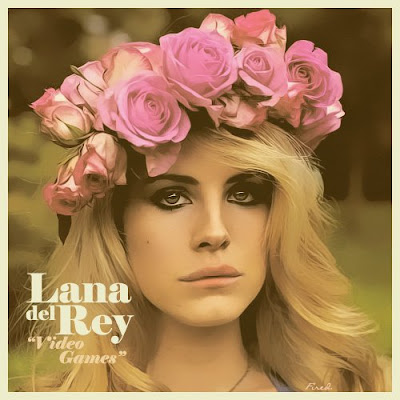 Email ThisBlogThis!Share to TwitterShare to FacebookShare to Pinterest
Labels: Lana Del Rey, Up in '12

Cover Story: Do you see what I see? 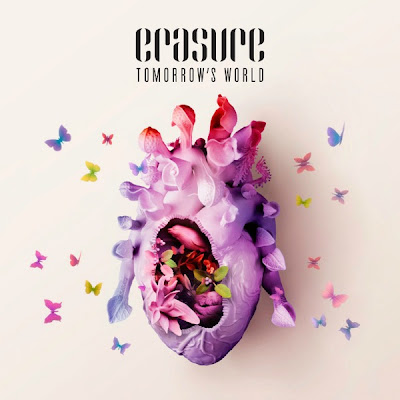 In word association, when you say Andy Bell, I say Easter Vagina With Butterflies. Right? It's pretty. It looks sweet. But would you eat it? Lips like sugar indeed. Meanwhile, Chartrigger says the album is "light years better" than the last one. 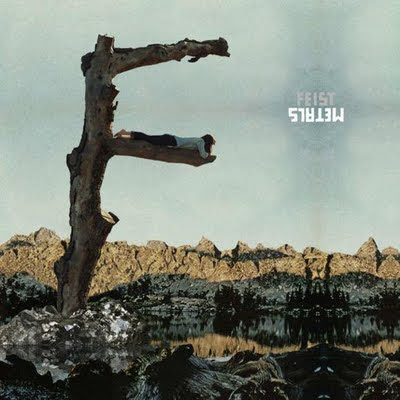 Where In The World Is Leslie Feist? Up a tree? Natch. One wonders if the other images for this album campaign will have her perched on natural wonders shaped like the letters E I S and T. 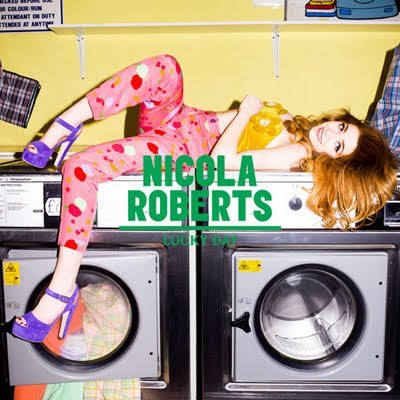 Here is where we spin The Nicola's superb new single. The tumblr jokes have already been taken and I am not one of those boys who likes to rub up against a vibrating dryer. If you ARE, please report in the comments about how that went. And if you've not read Peter Robinson's interview with Nicola, it's typical shitsngiggles fare.
Posted by xolondon 4 comments:

Sarah Nixey's album kind of slipped out of pinging range earlier this summer. Perhaps because, to my ears, it's really autumnal. It's a record for cold, grey Saturdays in October. Or rainy nights in. Or maybe the discolettes only notice shiny pop baubles in 2011. Whatever, this album, Brave Tin Soldiers, is worth going back to as the days become shorter and cooler. Frost As Midnight is literally wintry... the English do that so well. Other standout tracks worth your shillings are the lush Gathering Shadows, Love Gets Dangerous and the album's highlight, the weeper The Burial Of Love. That last one is truly one of the most gorgeous songs of 2011. #trust

My friend Matt of Microfilm has remixed Sarah once again - they have a long musical relationship - and here are the results...

The Homecoming (Microfilm remix0 by Microfilm

The Homecoming EP is out now with remixes by Microfilm, Kids Love and Half Cousin. Be a collector - see what I did there, Nixey fans? - and get it. You can "like" Sarah on Facebook. And Microfilm for that matter!
Posted by xolondon No comments: 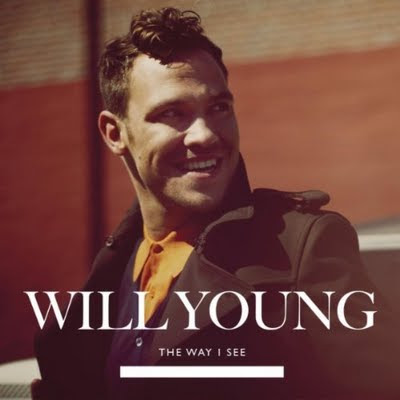 This is not a drill! If you have access to Amazon UK, you can now download a FREE, non-album track from Will Young. The Way That I See is a discotastic throw-down with a shimmering 30 second bridge that's far more elegant than the rest of the Pascal Gabriel-penned track.

Download The Way That I See now (UK only)

If that is a cast-off, what will the rest of the 12-song Echoes sound like? Music Week just did a piece on the project, which was produced by Richard X, though he did not do the writing. Will has a long history of producing solid b-sides/rarities. Among his best songs are My Needs, Easy, Gonna Get It This Time, Don't Look Down and the Bond-worthy masterwork, This Is Who I Am.

XO's Top Ten Plus One Favorite Will Young Songs

Hopes And Fears
Let It Go
Tell Me The Worst
All Time Love
Stronger
This Is Who I Am
I Won't Give Up
Who Am I?
Home
History
Love Is A Matter of Distance

What did I leave out?

Meanwhile, I have to admit the new video for Jealousy has let me down a wee bit.

Will Young - Jealousy from Pop Labyrinth on Vimeo.

If the embed wont play for you, click on the links below it. Echoes is released on August 22nd.

UPDATE: You can now hear short samples of all album tracks on Amazon. First thoughts: standouts are I Just Want A Lover, Runaway, and Losing Myself. Come On reminds me of a slicked up version of the Von Bondies track used on Rescue Me.Which was true of the original version recorded by Kish Mauve.
Posted by xolondon 9 comments: