THEN AND NOW: Andrew Ridgeley 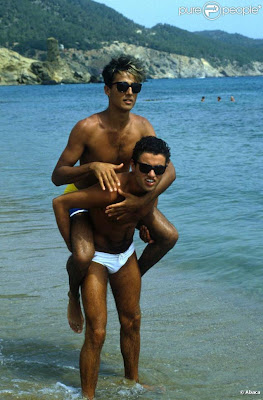 I never liked George Michael much
Although they say he was the talented one
Andrew Ridgley drew the map
That rescued me, took me to paradise
I was brought up to the sound of the synthesiser
I learned to dance to the beat of electronic drums
I came alive to the smouldering fire in your eyes
I love you now and I will 'til the day that I die 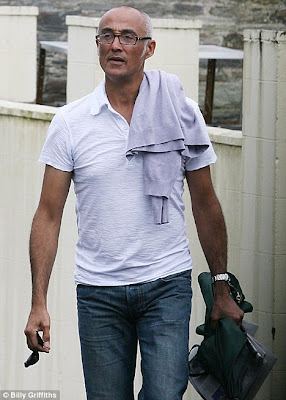 I think the question is still worth asking: Would you hit it?
Posted by xolondon

I cannot think of another photo that has put me more in touch with my own mortality. He looks fit, yes, but damn old! I have new respect for George for at least trying to keep up some semblance of appearances. This is you in 10 years, Robbie Williams...

Wouldn't then, and wouldn't now. And to countpopula's comment, from the looks of it Andrew has done a better job of holding it together than George.

What does Karen look like now? She was always my favorite.

I don't know John--he may be more physically fit than George, but he looks as old as Peter Gabriel here. I guess he doesn't really have anything to prove now though, so maybe he enjoys being a regular person these days.

I meant more in terms of mental wellness than physical wellness. You don't hear of him showing up on the news for lewdness or intoxication.

Count P, believe it or not, he and Keren never married. They have a total Kurt Russell/Goldie Hawn thing going on.

countpopula that was the funniest comment i've heard in a long time. You're right....he looks old....I find these English guys don't age well....