The Return of Lloyd Cole 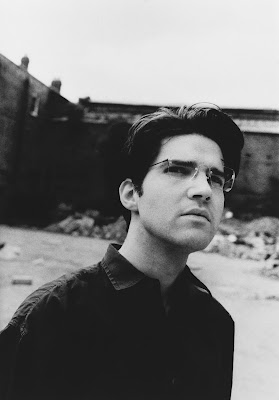 Lloyd Cole is one of my icons. His three 80's albums with Lloyd Cole and The Commotions are rich, evocative pop. Poetic, sometimes cheeky and always literate. They sound as good today as they did upon release. Since that time he has recorded six proper albums and numerous side projects. He also inspired the Scottish group Camera Obscura to write a song is his honor, Lloyd, I'm Ready To Be Heartbroken (a response to what may be his most famous song, Are You Ready To Be Heartbroken).

Lloyd is preparing to release his next album, Broken Record. You can hear samples of threes songs (Oh Genevieve, Like A Broken Record and Writers Retreat) via the Tapete Records site. The samples suggest Lloyd is more band-focused this time out. At 49 (the above picture is from his pretty boy era in 1988), he has an ageless voice and the new arrangements have a bit of twang thanks to some banjo and mandolin. They sound like a natural extension of his early work with Lloyd Cole And The Commotions and perhaps a bit more energetic than his recent work. The 11-track album is due out on CD and vinyl (!) in September. Among the musicians on the record is Joan Wasser, aka Joan As Policewoman (and former girlfriend of Jeff Buckley!) on piano, vocals, violin and guitar.

Every time I see Lloyd Cole live, I have a moment before he opens his mouth, where I know my whole life is about to wash over me in his first words. His voice, for me, is like seeing the Eiffel Tower in person, Iconic. I've done many posts on Lloyd including one about My Bag, one of many Cole songs I cannot live without. But somehow I never did this...

XO's Top Ten Plus One Lloyd Cole Songs (in no order)

*With The Commotions. This list was really hard to edit- there are so many brilliant songs I left off. His various Hits collections are superb and worth a try.

I love all of those!