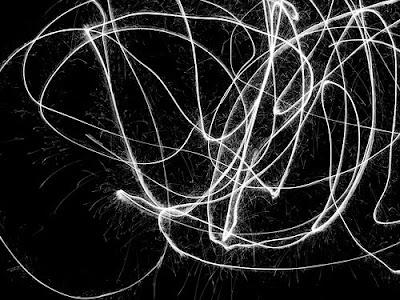 I admit it. I totally burned out on all those bleeding lists at the end of 2009. So I skipped a few I had drafted. Why not whip 'em out now, during these cold snowy days? While we await the February onslaught of new music, the best of the oughties.

and the rest in no order...

Here are more of my favorites of the 00's

Confessions was at the top of my album list ... much to the surprise of a lot of my friends who expected to see U2 at the top!

I knew you could do it! Glad to see so many strong choices on your list, and also see some of our differences (I chose Roisin's Overpowered and Gaga's Fame Monster as top two--not even on your list! Black Cherry was also the Frapp album that really spun my head most).

I will definitely go back and revisit some of these by relistening and reevaluating (I actually just did this with the Sia album and found it to be much stronger than I remembered. I liked the one she did previously, Colour the Small One, quite a lot too).

Will Young, huh? Guess I should give him a listen. Nice to see Tracey Thorn's only album of the decade as a solo or band artist make your list.

Cos' I moved interstate from Queensland to Tasmania, most of my CD collection is in boxes still...so I sorta can't remember what favourite album was released when...but a lot of my faves do echo your own list (no surprises there).

Roisin's "Overpowered" and just about any Goldfrapp album of the 00's would probably head the list (as has been my obsession with those two ladies during the last decade; my love affair with Roisin goes back to Moloko's first album and Alison's vocals on Tricky's 'Pumpkin' was always a fave), as well as Mo's "Confessions", Mme Thorn's album, Florence, blahblahblah....

Good to see a list of albums that are, well, great albums...and not hyped ones.

I guess I'd have to really sit and think what would get the boot for Roisin. One album that may surprise people (that I cut) was Stevie Nicks' Trouble In Shangri La

Count me as one surprised to NOT see Trouble In Shangri-La!

For me, Confessions was the album of the decade if for no other reason than it was probably THE most listened to album of the last 10 years.

love that my word verification is hussies!

Sorry for the slight on "Same Diff" Paul!

Weird, we have alot of the same artists but different albums! I do have to point out my aghast moments on the list. lol. my opinion only, remember!

-Want 1 and not 2??
-7th Tree and not Felt. mt. or Black Cherry?
-Fundamental and not Yes?
-Wind in the Wires and not Bachelor?

Come to think of it, I'm kinda surprised the Stevie Nicks isn't there as well.