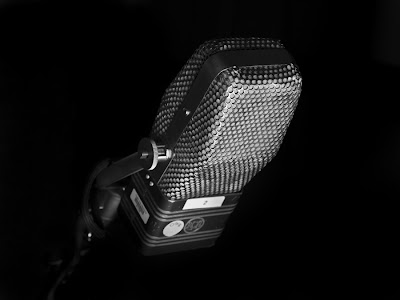 I enjoyed putting together a list of my Top 20 favorite CDs from the 00's, so I thought I'd go backward (after all, the 90s are starting to seep into new music). This list was much harder to narrow down to even 30, and there are so many amazing artists left off because I had limited room and I could not quite put a particular album on as a whole piece.

Update: I had to change this list when I realized some MAJOR albums I forgot

What got knocked off when I updated the list:

I'm gobsmacked you managed it. The 90s were pretty scarce musically for me.

Wow, a few surprises on your list, Oleta Adams and Brian Kennedy, and happy to see Jonatha Brooke's amazing "Plumb" cd listed.I would have a hard time coming up with a list but I think I would include EBTG's "Worldwide" album (I know they aren't big fans of the album themselves but I love it).

Re EBTG, I had to not make the list all THEM because Temperamental, in hindsight, is worthy too.

I expect some shit for the Brian Kennedy, but I love that record. Beautiful stuff and we saw him live in a TINY LES club in NYC in 2000 and he was fantastic (and all hottied up).

For anyone who loves a TRUE vocalist matched with worthy songs, Oleta's debut is perfect.

Jonatha's album has those amazing harmonies. A singalong record.

Diva is pretty perfect - I don't really like Legend (despite the amazing 'have mercy' rage) and Cold (even if it actually does sound like an actual standard), but on Stay By Me especially her vocals just glide out beautifully.

It's very frustrating not like her subsequent albums of original material. Visually she out-did herself, probably looking her best without the make-up even.

So interesting to see these albums namechecked again, especially as I sold loads of them (who is Brian Kennedy though?)

It's interesting how many of these people that achieved greatness have quietly slipped into obscurity or irrelevance. Good choice for a favorite though. I had that on a list I was working on of all time favorites.

I'll probably catch shit for this, but I was listening to the Erotica album recently, and it hasn't aged all that well. While I once played it to death, in retrospect, I think Shep's production focused too much on beats, while there is either too much talking or not enough melody throughout. Like a Prayer sounds much more melodic to me now. Deeper and Deeper and Rain are obvious exceptions.

OMG BJORK OMG! Have to redo this list asap!

I own nine albums on this list - great job. Walking Wounded was my favourite album of 1996 and remains EBTG's best despite the great Temperamental - I also enjoy Amplified Heart. I saw EBTG in a small club in Toronto in 1985 (I still have the concert ticket!).

The others I own are:
REM Automatic For The People
Madonna Ray of Light
The Verve Urban Hymns
Seal Seal (I)
Jeff Buckley Grace
Pet Shop Boys Very
Sting The Soul Cages

I like a lot of songs from some of the other albums, and I prefer earlier records by some performers, e.g. Paul Weller's self-titled CD, Crowded House's Temple Of Low Men... and Eddi Reader is a name I haven't encountered in years (the voice of Fairground Attraction for those who don't know).

Um...Marc Almond Tenement Symphony? Sinead O'Connor's I Do Not Want What I Haven't Got? Aimee Mann's Bachelor No. 2/Magnolia? Portishead Dummy or P?

A couple quirky favorites of mine from that era that others don't usually like as much--Erasure's self-titled album (the one with the REALLY long songs) and Billie Ray Martin's Deadline for My Memories--electro-gospel from a German woman meets BT's cutting edge productions. They never worked together again (she didn't like the final mixes and altered them slightly, supposedly).

See, I thought the Bjork omission wasn't like you!

@count: I thought Sinead was 1989? Was it really 1990? DAMN. And same thing with Marc. OOPS. I will explain Brian Kennedy later!

@Undisco: Cold is amazing live. Genius. But I did not appreciate it in 1992.

@billc There are three SUPERB Eddi Reader albums - the self titled one, Candyfloss and then Angels & Electricity.

Love the list...I would have kept Ingenue and Violator even higher up than you originally had them, and I would have had My Life instead of What's the 411?, Velvet Rope instead of janet., and Bedtime Stories instead of Ray of Light, but from a sound and vibe perspective, I think you are right on the money. The 90s seem better with some distance, don't they?

Bedtime Stories over Ray Of Light? [xo with aghast face] How can that be? My Life is great but does not have Love No Limit!

there is no order to the list except for the top 11. BUT Enjoy The Silence as a song is probably Top 10 of the 90s

I am a heathen like that, as well as a non-devoted Madonna fan. While "Love No Limit" is an R&B classic, the pain and sorrow throughout My Life gets the edge from me. It doesn't hurt that I saw her tour for that album, either.

Wow, you saw that tour? That is hardcore! Changes I've Been Going Through covers the pain part pretty well. 411 was my Bible for a year.

Another WHOOPS. I left off a top ten album! Phil Campbell's Fresh New Life (circa 1998). Obscure but worthy of chart success.

I agree with you that Ray of Light was much more an entire song suite concept from beginning to end with strong themes and very strong and experimental sonic structure over the inferior R&B of Bedtime Story (barring the title track that she nicked from Bjork). Two words: William Orbit.

Choirgirl Hotel still remains my favourite Tori album. I was in high school when it was released and it soundtracked an entire school holidays.

What about First Band on the Moon by the Cardigans, or Siamese Dream by Smashing Pumpkins? Those would definitely top my list. And the Blue Album by Weezer.

I do love some Walking Wounded though; that album is brilliant even now.

Oh shit, I just read the comments; I would totally agree with countpopula: Portishead and Blur are MUSTS for me.

Re: Marc Almond...the exit of the 80's (actually, all of the 80's) and the turn of the 90's were a very prolific period for him. In 87 he had Mother Fist, 88 The Stars We Are, 89 Jacques, 90 Enchanted, and 91 Tenement Symphony (so technically Enchanted is also a 90's album). Not many artists have that kind of work pace these days--it was almost like the 60's! And this is following the early 80's where he would release a Soft Cell AND a solo album each year!

I think that is a very good list. Maybe I disagree with many of them, but there are some others I really agree with you. for instance, "Homogenic" by Bjork.
I loved what she said the other day about the Kamagra Jelly products.