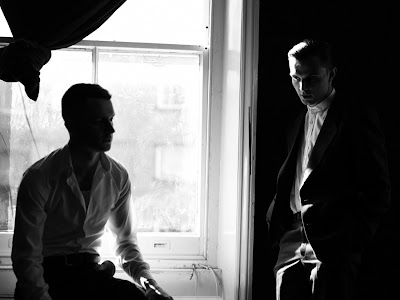 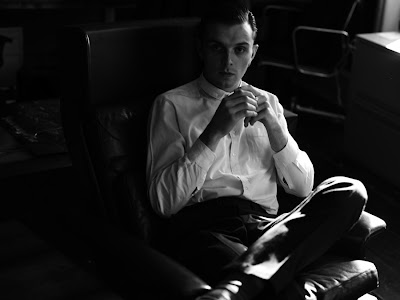 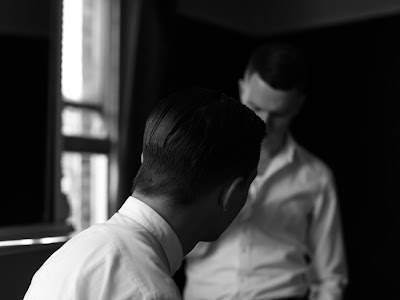 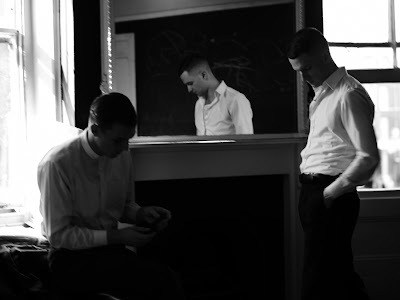 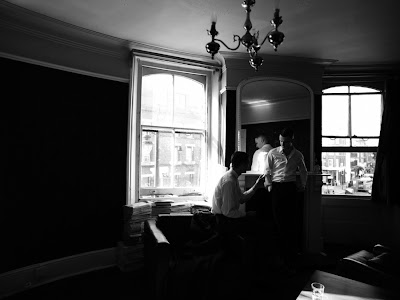 You might have thought there were only a few images of the new band Hurts. Alas, Hedi Slimane's done a whole set on his diary.

Should you be unfamiliar with their music, they have but one released song, the lush Breathe-esque Wonderful Life, for which there is a stunning Arthur Baker remix.

End of post. I must retire do elegant things in an elegant room.
Posted by xolondon

Email ThisBlogThis!Share to TwitterShare to FacebookShare to Pinterest
Labels: Hurts, Up in '10

I read in the Guardian yesterday that Hurts have been working with David Sneddon... which amused me, as he is now best known to me as a name on that Richard X song with a beep in it. British readers may know who I am talking about.

Ah i was just going to post the same thing as Dan! Who knew eh? Lovely photos of Hurts though, i am more attracted to them as time goes on!!

Hmmm...I'm getting a tinge of 'doubtful' around Hurts. They need to impress me a bit more. It's been like 6 months+ of pretty black and white shots in suits and 1 song.

I really want them to be good and I'm a dash skeptical.

They are riding on one main song and (as Michael says) a strong visual aesthetic. Biff Stannard is writing with them and that man knows a pop melody, so... still, it is very hyped.

Peter Robinson said something that made me think about hype. That it's built on a lie, which this is not, but it IS built on an expectation. How many groups had one good song in them? This year I can think of a group like Napoleon. One good song and a terrible album.

Sneddon won the first series of Fame Academy which was a BBC show that was a bit like Pop Idol but the contestants had to be actually musically talented... it was not as bad as its reputation as it had the 'main' shows on BBC1 (the usual mostly covers performance with judges) but the interesting stuff (day to day life involving songwriting, instruments, etc) was on the lesser-watched BBC Three.

He appears to be becoming the new Gary Barlow!