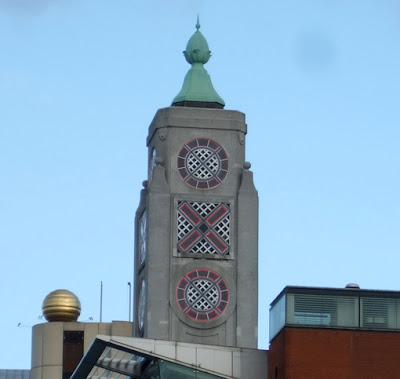 What I remember most about 2006 was summer. The discoveries of Lily Allen and The Pipettes, my trip to New York to see Madonna's show, revamping the look of this blog, and the shockingly grand return of Pet Shop Boys, the arbiters of All Great Pop.

XO's Favorite Songs of 2006: The top 2 are really the top two favorites

Pet Shop Boys Minimal
I won't try to review this beautiful song again- just read what I said here.
The Pipettes Pull Shapes
The most thrilling opening moments and a great sing-along track: I like to rhumba! This song remains a true classic: a golden moment of summer pop that mashed up so many factions of music fans into one swooning mass.
Lorraine Transatlantic Flight
Pet Shop Boys-esque brilliance. Strangely, when Lorraine became Black Room and released Pop Noir, they ditched this song.
Massive Attack Live With Me
Like film noir romance. Terry Callier's rumbling vocal is so urgent and passionate. This song is just as strong 4 years on. It makes you want to have an affair in a hotel or something.
Alexis Strum Stay Until Summer
Ahhhh, Alexis, another track that never wears out. This song got "XO's Middle Eight Middle Eight of The Year" ribbon. The vocals on the bridge are goosebump-inducing as they climb up and down the scale. Sadly, Alexis's album was shelved, she left music and, after a few failed attempts, left the music business.
The Upper Room Black And White
The greatest unrequited love song in many a year. The band met a sad, angry demise, but this song will always be a fave. It's my teen and college years in one lyric.
The Feeling Never Be Lonely
Feel Good song of the year, especially the sing-along ending. Please note that Dan sang this to me (and a small audience of like ten people) in a Virginia Border's that year.
Hard-Fi Living For The Weekend
A rock band with a strong sense of disco. I feel like strutting when I play this song. Going out tonight, baby you and I, going out tonight.
Skye Tell Me All About Your Day
Read what former blogger Tremble Clef said about this lovely piece of music.
Lily Allen Knock ‘Em Out
This funny song captures everything great about Lily. She does all the voices too. At the time I said, "I would love to see her knock that fake bitty Jojo right off the TRL charts." And she did. Her second album was as good as the first, which is a rare thing these days.
Linda Sundblad Back In Time
I love the slightly wonky English on this swirling discopop track that came to me via the late-great Catchy Tunes Of Sweden blog.
The Pipettes Magician Man
This is a rare Pipettes b-side. It's like a British film clip on the verses mixed with a folk singer on the chorus.
Nerina Pallot Sophia
A perfect distillation of Sarah McLachlan and Tori. Creamy smooth with a nice sense of melancholy. A good song to calm me down, which it did when a family member died.
The Kooks Naive
Their classic. Luke gets my Male Voice Of The Year Award as well - love the way he sings the word asking at 1:42. The ending "hold onto your kite" bit makes me so happy. Like Hard-Fi, this group seriously faltered on their follow-up album and may or may not release another.
Amy Winehouse Rehab
It's all in the hook: No No No. What I said on the blog ended up being prescient: Amy, should we worry about you or not?
Robyn with Kleerup With Every Heartbeat
At the time I said "Robyn is still a well-kept secret and she shows more promise as a major artist than anyone I can think of."
Keane Leaving So Soon
Someone I had once trusted (a friend. nothing more) treated me like dirt this year and I kept playing this song over and over: "You don't know me at all /A slap in the face / In the face for you now / Just might do now." By the way, end of story: I got over it, he was a dick again in 2008 and now he's been ICED. la dee da!
The Dixie Chicks The Long Way Around
A manifesto in the form of a pop song. Everyone should listen to this when they don't feel brave or are hiding their true selves: I opened my mouth and I heard myself...It can get pretty lonely when you show yourself. Late bloomers unite.
Morrissey Dear God Please Help Me
Swear to God, this song made me cry the first time I heard it. Cry cry cry. Get over the sex in the lyric, it's just a conduit to something greater. This is about self-awakening and the fear that brings. Fits nicely with the song above in this sense. The heart feels free.
Kate Havnevik Unlike Me
Granduer. This Guy Sigsworth collaboration is defined by it's diving and fluttering string arrangement. Note the moments the orchestra actually gets louder (1:45 and the end). Key line: Unlike you, I am not pretending.
Charlotte Gainsbourg The Songs That We Sing
The coolest record of 2006. Take a close listen to the lyrics. Great songs, like great stories, have brilliant opening lines: "I saw somebody who / Reminded me of you / Before you got a face / I wish that you could have stayed that way."

For those interested in the best of true pop this year, here is a CD mix I made:

There are indeed many more detailed 2006 lists.

If anything, 2006 was the year I started reading your blog in earnest. Great stuff.

I can't believe some of this stuff is almost 4 years ago already. I have to agree with the Massive Attack tune--it made me appreciate Terry Callier so much more. Why on earth does it take this band 7 years to make a record though? Is it really that difficult?

I just got the Modern CD last year...is it really that old? Also, what's up with Dangerous Muse, and how can they wait onwards of 4 years to release something? Who is Bertine Zetlitz?

I remember 2006 for the first Arctic Monkeys, the hard-to-find Junior Senior followup (which killed their career), and the long delayed Scritti Politti homemade jam, White Bread Black Beer. Also, I remember loving the Guillemots debut--too bad the followup Red was such a disappointment. Apparently Fyfe Dangerfield is recording solo now.

2006 was the year I started blogging so have a more solid reference point of what I was into. The Upper Room are one of my "great lost hopes" of the 2000s that I shall post soon - I just adored them and I think it was one of the first acts we bonded over :) The Feeling were and are of course (to me) one of the key acts to come out of this year and indeed the decade. I am probably eagerly anticipating their new album more than most, and I think the act I saw live most that year.

Still waiting for the Pipettes to capitalise on that early promise... and 2007 (early) was when we met right?

Your comments on that Dixie Chicks song are spot on - I love that album. It really is and isn't a country album. Sonically, it's much more Sheryl Crow-ish but without being bland. While I chose "Not Ready To Make Nice" for my year end best-of list (the first one I ever did), I think that "The Long Way Around" is probably the better song.

My Keane jams off that album were/are "Nothing In My Way," "A Bad Dream" and "Crystal Ball."

And surely you meant to include the entire High School Musical soundtrack on here. Easy oversight. Commence to adding it to the top of the list, please.

Man o'man, the Modern had a great chance there for a brief moment. Too bad nothing became of it. You know they are "the Modern" again after being Matinee Club? Anyways, "Discotheque Francais" was my fave track of theirs.

Stephen,
I'm not friends with you on facebook so I couldnt link to it, but thought you might want to see my top 100 albums of the '00s. One list lover to another:

Matt, is it Matt Microfilm? Oh yes, I see your own album, haha! There is a lot of overlap. Of your bunch here are ones that overlap.

One glaring difference would be Goldfrapp's Seventh Tree and RW's Want One would be in my Top 10.

you should def. compile your annual (00-09) posts into one "just the titles" list for us to peruse/buy/search out.

7th Tree really disappointed me actually. I LOVE about half the songs and the other half I think are really meandering and kind of filler to me.

Oh I think Want 2 is hands down the best thing Rufus has ever done. Want 1 has some great stuff, but Want 2 and his solo debut are my faves.