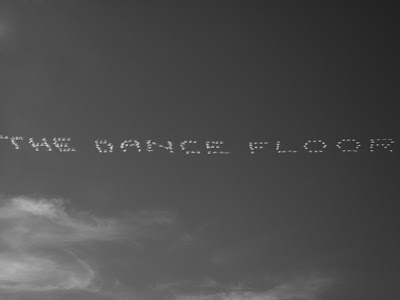 Here, in no order, are my Top Songs for the third quarter of 2009. A few rules: There are none. I used to have many rules, but what good did they come to? This is free love. This is like all the things you can fit inside a memory.

Not Quite What I'd Hoped For: Imogen Heap

Maybe "Perfect" by Depeche? It's the new single. SHOULD have been the second single....messed everything up! Anyway, great song and remixes are fairly tolerable.

Great list--your lists always help me put things in perspective as well. Songs for me would also include "Love in July" by Sally Shapiro and "Raindrops" by Basement Jaxx, while albums would include La Roux and the Gossip (which are, ironically, being released right now in the US). I would maybe add Muse, Arctic Monkeys, Prefab Sprout, and A-Ha albums too.

I would tend to agree about the Imogen Heap album. I play it, yet I don't feel very attached to it the way her last and the Frou Frou haunted me. The new Zero 7 leaves me cold, and while I love the Phoenix singles, the album is a bit overrated. Big ups to Dragonette and Mummers making your lists!

I suppose for me the song of the summer was Benny Andersson Band's Story Of A Heart - sheer perfection from start to finish and I still can't stop listening to it today.

How did I forget Prefab?

Once again, our tastes are quite similar. That Editors single is killing me. So good.

@coutpopula - Definitely "Love In July" and "Raindrops"! Two of my faves this year.

@Paul - Don'tcha just LOVE "Story Of A Heart". Would it really have killed them to have had at least ONE ABBA lady sing on it?

Lots of crossover with my list, you're a good influence:

Tim, everybody likes the Babes. Or did! Drop the R from their name!

Michael, I don't know anything about them yet...

I say Alphabeat's 'The Spell' as well. And show some love for La Lott you guys. LOL.

The Shakira is a perfect pop song. Genius.

I can't get over the autotune in Owl City. He sounds like a good singer songwriter that a label messed with too much.

@Vinny - just epic. It would have been massive if they could at least have got Agnetha to sing it. Ah well. What could have been...

I'd have to throw my .02 in for "The Spell" too. Still a very comprehensive list. Nice work, XO.