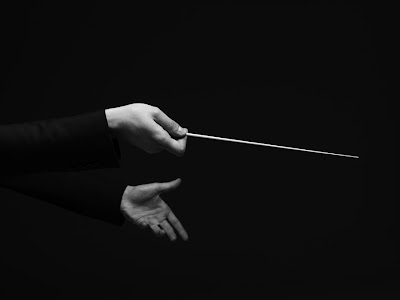 photo by Hedi Slimane from his blog

01 For Prefab Sprout fans, where do you file the new album Let's Change The World With Music? Chronologically after Jordan The Comeback (1991) or after The Gunman And Other Stories (2001)?

02 Why didn't Natalie Imbruglia record her whole album with Chris Martin? The three songs he did with her, Want, Lukas (a Coldplay leftover) and Fun are by far the best on her new album. In fact, Lukas may be in my Top 20 this year.

03 Why won't record labels work out some sort of international tariff so I can pay ten extra cents and download tracks from iTunes UK and iTunes Sweden. Would they rather figure out ways to invade the privacy of fans via ISPs?

04 Why does Madonna think she can direct a feature film? And why the story of Wallis And Mrs Simpson as told by - get this - Alek Truth or Dare Keshishian. Oh. Wait. "A love story of a pinched, tough-as-nails woman and her fair skinned British husband."

05 Did Janet Jackson think she'd fool us into believing free track Make Me was good by dropping in Michael Jackson song references? But hey, it was free.

06 What happened to the next Royksopp record, Senior?

07 What ever happened to the second video Imogen Heap shot for First Train Home?

08 Why did The Gossip's label choose to release the CD version of Men In Love - the title song is a current favorite (hear it) - in the United States almost 5 months after releasing the album in the UK and on US iTunes?

09 Why did Pet Shop Boys bungle the release date/tracklist of the Beautiful People single?

10 How brilliant is the new Dragonette song, Pick Up The Phone? It's monofuckinglithic. Such a bigass sound. I love them. DC9 on Nov 6, I am there. Other tour dates here (stream it there too).
Posted by xolondon

"03 Why won't record labels work out some sort of international tariff so I can pay ten extra cents and download tracks from iTunes UK and iTunes Sweden. Would they rather figure out ways to invade the privacy of fans via ISPs?"

WTF?...Dragonette is playing Kansas City and not Philadelphia? Guess I need to move back to the plains where they really appreciate electro-pop. Maybe they have a really big following there, but as someone who lived on the prairie for over 2o years, I don't remember much of anything that cool coming anywhere close, although Depeche Mode came through once or twice, and I saw Erasure open for Duran Duran there in 1986. Maybe Dragonette plan to reenact the Urban Cowboy video for real this time.

So what did happen to Vinny's mix of Beautiful People?

I saw the Imogen video on VH1 the other day, and thought it must now be the official video. Pity.

As someone who runs a CD store, I am getting very tired of this iTunes early exclusive bullshit. It's bad enough the corporate giant called APPLE gets exclusive tracks when they are already making a bundle on their technology. I remember when CDs got more tracks than the vinyl because they were more expensive and record companies were trying to get people to pay more, but now CDs cost more than downloads, and yet, you generally get more tracks with the download. Where is the logic in this? Even worse is this offering of albums exclusively months before other retailers get a shot at selling them. How is this fair? I know the Gossip are on Sony now, but weren't they an indie band at one time? Why do bands allow crap like this happen? I think if a fan wants a physical copy, they should be allowed to purchase one (and spend more than on a flimsy download) if they desire to. It's no different than places like Best Buy, Wal-Mart, or Target getting exclusive rights to Guns n Roses, Eagles, or Prince albums, and it CONFUSES people. Don't even get me started with Radiohead...recent statements from Lily Allen & Darren Hayes do well enough explaining how the little artists are suffering at the hands of the already-established wealthy ones. People were so ready to pull down the corporate record conglomerates because of their pricing practices, but somehow the recorded music business seems in more disarray now than it has been since it's early years.

That being said, I love the Gossip album, and bought an import CD for under $20 a couple months ago. Most kids wouldn't even know about this option, especially as they generally don't carry credit cards for online stores either.

The Janet song isn't so bad, is it? I kinda thought it was a step back in the right direction.

Definitely looking forward to hearing the new Natalie. As for the international stuff, isn't it more impressive when an artist moves more units in another country, as things like certifications have lower thresholds in other territories? As long as someone is buying something legally, why should there even be a tariff?

On the Gossip thoughts, they really had to, because the European release dates were so advanced from the US dates. I'm thinking they wanted to hold the physical release until they were back here in the US to tour.

I am loving the Janet track, and I think it stands on its own.

Who ever figured that Imogen would be featured on a Top 10 pop hit?

The whole PSB release strategy has been a bit bizarre. They used to be pretty savvy at this whole game.

If you find out about Royksopp, let us know.

interesting questions...
2 - i'm with you there. those 3 tracks are brilliant. It makes me wonder how fantastic the rest of the cd could have been....
4 - oddly i'm looking forward to what could be a heinous debacle...
5 - yes, yes she did. And it worked - with me at least.
9 - who knows? Perhaps they are tired of all this single release stuff?
10 _ very brilliant indeed.

I understand why the Gossip would want to hold back a release for another country if they want to tour, but that still does not explain why iTunes can make it available and no other retailer can sell it in that country for months on end.

Kudos to Dragonette. We'll see how they handle a release schedule. Hopefully it doesn't take them over a year to release it in the US this time from the time of its availability in other nations, especially as there is a tour.

I finally got a new computer, so I guess I'll have to start reading your site again now.