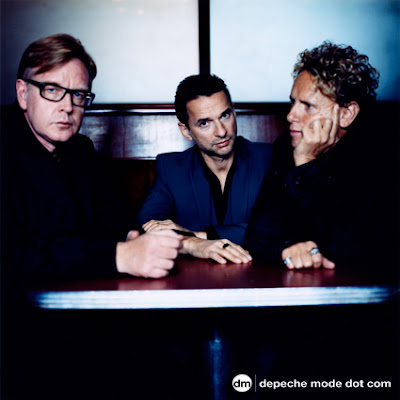 Sounds Of The Universe

Recorded in Santa Barbara and New York, Depeche Mode returned to using a lot of vintage gear, from analogue synthesizers to drum machines, in order to conjure up the retro-futuristic arrangements featured on the album. Lyrically the release contains many of the group's enduring obsessions plus more overt black humor than any of their previous collections.

Like with their 2005 studio album, Playing The Angel, Sounds Of The Universe features writing credits for both Martin Gore, the group's primary songwriter, and Dave Gahan who after honing his talents on two solo albums, has earned his place as Depeche Mode's second writer. The release also marks a reunion between the band and producer Ben Hillier (Blur, Doves, Elbow), who worked with the band to help give their new album its timeless sound. The first single from the release, Wrong, grabs the listener's attention from its first stack-heeled, staccato shriek. Over stomping beats, screeching synthesizers, and Dave's overlord chant, Wrong already feels like a Depeche Mode classic. Other standout tracks include Martin's velvet-lined Scott Walker croon on the sensual lounge-music ballad Jezebel, to the sci-fi gospel-blues hymn In Chains and Hole To Feed, which marries modern electronics to a floor-shaking, bone-rattling Bo Diddley beat.

Depeche Mode. Pet Shop Boys. Erasure. It's all very exciting. Maybe tonight I AM going to party like it's 1989.,..

I didn't really like Hillier's production so I'm a bit disappointed they went with him again.

I loved what Hillier did with DM, especially Precious, which was for me, their best single since It's No Good. Suffer Well may be Dave's best song too. Songs like Lilian sound almost like they could have been from Construction Time Again, while John the Revelator brought me back to Songs of Faith & Devotion.

There was a lot to like on PTA, but my only criticisms were the rather lackluster Martin-sung songs like Macro and Damaged People, and sometimes the vocals sound pinched and harsh all around. Then there is that opening siren, which is a device they seem to be fond of, as if demanding immediate attention (see I Feel You).

This will be an immense year for great music.

I love half of Playing The Angel. Much of it was great and the live show was my life in music.

I used to love Depeche Mode, but I haven't bought one of their albums since Ultra, which was a let down. This sounds like it could be good though.