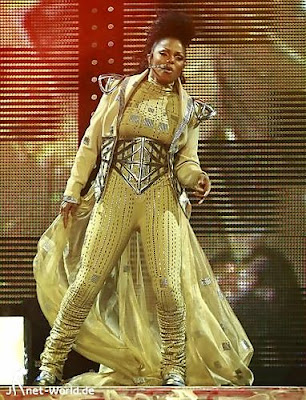 My poor computer. You know what did such damage to it? I was downloading a "studio" version of one of Madgedonna's Sticky & Sweet songs. Slag. While I do have my PC back, it is still a bit troubled and I'm pondering switching to a Mac. When you don't have access to your iTunes, your musical development is severely inhibited. Le sigh. I've regrouped and managed a few musings this week:

I bought the Emiliana Torrini album (yep, the CD!). It has great, nervy songs with titles like Me and Armani Armini and Fishheads Fireheads. This album is solid, but very subtle: melodies don't necessarily leap out. If you think it's a pop record, it is, but it's just as much a folk record. So far, recommended tracks include Bleeder, Gun (on myspace now) and the aforementioned Fireheads.

I've also been listening to Irish folkie Jon Redfern, who looks like the lovechild of kd lang and Michelle Shocked. His last CD, May Be Some Time, is available on itunes throughout the world. I highly recommend I'm Still Young. A new album, What Else But Love, is conveniently due on Monday 9/15 - you can stream tracks at his myspace.

Aprapos of nothing, I want to tell you that your manner makes my animal kick! Yes, yes, we in a Girls Aloud season, with feverish, drooling anticipation for their new single, the cornily titled, The Promise. GA have become kind of legendary, no? They tend to cross the "cool line" and get mention on even the most arrogant indie blogs. But it's well earned: even when their first singles don't wow you immediately, in a years; time you will probably stamp CLASSIC on them. Recently I cannot stop playing Sexy No No No and Close To Love. Their album is one of the few pop Events this year.

I do like the Sugababes album title Catfights & Spotlights, even if it sounds more like a Girls Aloud song title (Deadlines and Diets, anyone?). To add to the confusion, Babes called their first single Girls (on the link above). It's much weaker than their last few, but the description of the album sounds great.

I heard a new Jennifer Hudson song called Pocketbook that I did not bother to finish playing, it made me so limp. Although I like Spotlight, I am expecting r'n'b pap from her. And what happened to Whitney Houston? Did the suckage of her Akon song send them back into the studio?

Ne-Yo (writer of Spotlight) has a brilliant new track called What's The Matter that sounds like a 70's Elton John or Billy Joel song. Really solid and very different for him.
The new Last Shadow Puppets single is out and it's gorgeous. My Mistakes Were Made For You is the title and here is the video. I feel like Shirley Bassey or Nancy Sinatra should go into a studio and recut the vocals - just steal the whole damned album! Isn't that a clever idea? I please myself, I really do.

Does anyone care about a new Beyonce record? Not me. Girlfriend is a crushing bore. She's become a jetsettin'/Kors-wearin'/island cruisin' conglomerate, but with just enough Celebrity Bitch to roll over her sister Solange and bandmate Michelle Williams with her two new singles. If they're good, I'll acknowledge it, but I am not expecting much.
Stars, the Canadian indiepop gods, have a new EP (Sad Robots) that is closer in spirit to their early work. Which means it's really good. I love 14 Forever. I love most every sound that comes out of Torquil Campbell's mouth. If you don't know Stars song Elevator Love Letter, it is one of most perfect pieces of pop music in this young century.

I also really like Acid Tongue, the swoony new countrypop song by Jenny Lewis of Rilo Kiley. You can preview the whole album on that myspazz link too. She is a fucking delight. Be sure to watch her HeeHew-esque video for Rise Up With Fists and also seek out the Rilo Kiley epic Portions For Foxes.

Finally, let's talk about the shiteous mess that is Janet Jackson's look on her new tour. Those costumes make her fat when she really isn't! Check out the photo above, where Damita Ho appears to be melting like a drag queen at the close of a gay pride perfomance of Black Cat.
Posted by xolondon

I would definitely recommend getting a Mac! And that scares me- I downloaded those Sticky and Sweet files too. I'm starting to get worried about downloading from some of those sites these days!

That's what you almost ruined your computer for? How Z-grade.

As for that pic of Janet, don't knock it...it's the best things she's put out there in about 15 years.

Janet looks like she's auditioning for the inevitable Sigue Sigue Sputnik 'search for a new singer' reality show that I just made up.

First of all; I strongly believe mac is the way to go. I had a PC for YEARS and, in January 2007, got an iMac and I've never looked back. It runs smoother, it is sexy to look at, I run no anti-virus software on it nor do I have to, and *touch wood* have not a single issue with it. I'll never, ever go back to a PC ever again, and find it annoying when I have to use them in the office. You can still run windows off the mac in other programs if you need to, but otherwise, almost everything is there.

Girls Aloud. How exciting is the lead up to a new single for them? When I wake up in the morning the song will have premiered and will be all over the internet; the thought of that is going to make it hard for me to sleep tonight.

I hope on the cover of the Sugababes album they are having a catfight. And that Amelle is winning it.

Last Shadow Puppets; that album is just so dreamy. I cannot fault it. As for a B-Bouncey album, so couldn't care less. She irritates me to the core now. It is all about sister Sunlounge for me.

That photo looks like something from Go Fug Yourself.

Love your idea of a Nancy Sinatra version of the Last Shadow Puppets Album! Love that you wrote "I please myself, i really do" right after it. HILARIOUS!

Am v excited about Girls Aloud (though still love Girls by Sugababes) - they have a coolness that Shampoo wannabes Ting Tings could only dream of.

yikes. yellow bodysuits are just impossible. perhaps the angle this photo was shot is to blame?

i agree re: Girls Aloud; i used to be non-plussed by them but after visiting London and seeing their videos on loop on video-on-demand at at g-a-y, i now stand converted.

it is far too soon for a beyonce album. far too soon. i suppose her label is anxious to capitalize though after disappointing sales of her sophomore album. and yes, they did re-release that album too as a deluxe edition too in an attempt to boost sales. wonder how that went...

all the best re: XO I.T. issues. i used to be a pc user, but am thinking of going back. i never did get fully versed on the mac language. i know.. i'm weird!

I can't believe you are such a Beyonce hater. That girl is legendary.

Honestly, I thought that Janet photo was vintage Control-era. Very surprised to learn it's from this current tour!!

I've picked up a virus before on a Bit Torrent file. Some fucker with nothing better to do than create something that screws up someone's operating system.

You're not missing much with those tracks. Kevin Antunes is not a patch on Stuart Price it has to be said.

Anyway, I hope it's all sorted soon.

Yikes, Janet looks like one of the Weather Girls there! Let's face it: Nina Garcia would rightfully say the look is "cheap".

Salvador, if the synth-heavy snippet I heard from If I Were A Boy is real, then I will be proclaiming Bouncey a genius very soon. Stay tuned.

I really like the Emiliana too. I've enjoyed her other albums as well.