Mixtape: On game / Not on game 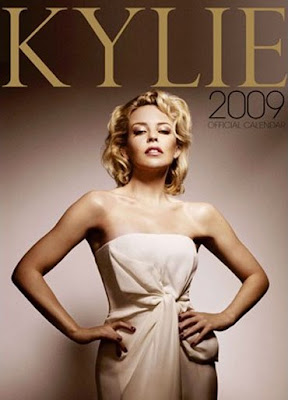 In my younger days, I was mistaken for a whore. Actually that's a line from a new Lindsey Buckingham song Bel Air Rain. Now, I myself have not been mistaken for a whore, but that does not mean I won't end up on a street corner if America ends up in The Great Depression II. The only good thing about this week in the US economy was that it drew attention to the serious issues and made the Palin hooha seem trivial because SHE is trivial. It reveals a lot about the American Mind that many people think she is a feminist choice for McCain. Right. Janeane Garofalo knows the truth.

Robyn is releasing a new mix of the beautiful and substantial Dream On as her next single. It seems to have a new synth bed beneath it (and no male vocal). I love this song because I LOVE the message. It's a call to arms for the disenfranchised. Robyn radiates wisdom and integrity, two rare commodities in pop music. I'll probably do more on this when it comes out, but you can hear a snippet on her myspazz. When she finally does release a new album, I suspect it will be greeted as the New Hope.

My computer is home now, with freshly implanted RAM, so it's faster. I am still likely to move to Mac in the future, but I'm not sure when that will be.

Did you read Robbie's elegy for MTV's TRL, the show that spawned Justine Timberod and a certain blond singer girl (or 2)? Regarding the first comment on that post, every post Robbie does, there is some odious, bittter queen with a comment that contributes nothing. To which I say, "Suck it bitch."

An orchestral version of Madonna's Voices is floating around and I find it far superior to the original. The album version has that forwhomthebelltolls ending, which seems tacked on to give more weight to a meh song, like she had to match the great final moments of the Confessions album (the strummy beauty of Like It Or Not's ending). The new version flows better. While we're on it, which songs would I dump from Hard Candy? Incredible, Spanish Lessons, Candy Shop and (D'luv may disagree) Heartbeat. I would add b-side Ring My Bell and send The Lady back to the studio for new songs with someone other than a person whose name begins with Timb or Pharrell.

I was amused to see the pap photo of Lourdes Leon texting while visiting Gerusalemme Basilica in Rome with her mother, Hard Mandy. Secret: I don't text!

The Pretenders album is just utter, utter crap. What a crushing disappointment.

Oasis has a new album - I'm not "gaggin' for it" yet though. I think the single is "pants," but there is a nice Liam-rips-off-Lennon ballad called I'm Outta Time. I really wish that Noel would go solo and he's promised that for his next disk.

I just reviewed Scott Simons for Instinct Magazine. A short 80 word review that recommends his iTunes EP Start Of Something. Scott has a nice blog, but I'd love it if he broke the fourth wall and answered his own email.

I also did a somewhat backhanded review of Xtuna's (Target, cough!) hits record. I'll try to post it before the end of the year... I was a bit mean to that floozy. I'm sorry, but I just cannot stand women who boast things like "I'm a superbitch!" Really? Is that what you want to be? Shallow bravadois not a trait I admire.

Marc Jacobs is an insufferable human being. He needs to stop doing press and stick to clothes.

Is Will Young going to save pop music? Sounds like his album may be his best yet. Paulie Z is doing a big "triptych" on Will, fyi.

Adem's interview with Antigone! I commented on his blog that he and Antigone should do a reality or talk show where they just muse on stuff. Anyway, I wish more people would play it (some may balk at the download) because it is good to hear from such a smart, yet down to Earth, pop singer. She’s the New Breed a la Roisin Murphy. Meaning she instinctively straddles the line between Pop Star and a girl you'd like to have a cup of tea with.

Adem himself has been on his game lately. I should note that he reports that pretty boys Van She are not gay... collectively anyway. But you know, everyone has a price and THAT my friends is the real New Breed.

Daniel Merriweather's album seems to have disappeared. Ronson is back in the studio with him, which is a good thing. That record has been in development for like 3 years, but I do think they need to get it right. He's potentially a huge star.

Did I mention I saw Vicky Christina Barcelona? I was mixed on it, but Penelope Cruz and Javier Bardem were sublime (and very funny together). I just cannot stand how the other two actors occasionally lapsed into Woody-isms.

And did I also mention that my friend was on the new 90120? Playing the woman who turns (the anorexic) Silver away from the shelter with the immortal line "I know baby, but you gotta work it out."

Ladyhawke. I shall investigate. So far I am nonplussed, but youknowwho loves it.

El Marveloso, I am pretty sure, is getting married this week. Congratulations, sir!

Ah Janeane Garofalo; that video really warmed the cockles of my heart. Did you see Rosanne Barr's appearance on the same episode? All over the place, but entertaining nonetheless, particularly when she asked if it was time to go have a drink yet.

'Dream On' is so luscious. I like the male vocal but am pleased she is releasing this on her own; it's a massive song that reminds me so much of Cosmic Baby's trancey stuff from the 1990's.

Hard Mandy? I'd ditch "Dance 2Night" and make her re-work the first half of "Incredible." "Spanish Lessons" could have been a bonus track, but I do still really love it. Possibly because I change some of the words to PEOPLE that are Spanish, rather than things that are. "Ma-ri-a from, Se-sa-me-street" being my favourite to sing in that first verse.

I was told recently by an American friend that texting is not really as big as it is here in Australia. I've had a mobile phone since 2000 and it seems, around here, people would RATHER text, and have been doing so for ages. I prefer to call myself, but do text if I have to.

HAHAHA. That episode of 90210 aired this week here in Australia and, when that scene came up, I laughed my arse off at how golden that line was, I just loved it. Congrats to your friend!

Thank you for the kind words too; hopefully you'll get at least *some* of The almighty Ladyhawke debut...

Aww, thanks for having my back, babe! Sometimes I feel like Tabitha Coffey (of Tabitha's Salon Takeover), and i have to go in and shake things up a bit with a little D'luvvin' over there.

You're right...I do disagree about "Heartbeat"! The ball and chain and I played Hard Candy on the drive through the desert to Arizona over Labor Day weekend, and that one still stands out as a "Why didn't they release this as a single??" track.

Did that episode of 90210 air yet? I watched the premiere two weeks ago (godawful) and this past week's episode, but only the last 1/2 hour, to find out who knocked up Kelly. So it was Dylan. And then two days later Luke Perry tells the press he'll never shoot an episode of for the show. Oops!

I like the Ladyhawke CD. Magic and My Delerium are both really catchy.

Michael: I will pay attention to those Ladyhawke songs!

D'luv: meek error corrected. I think I would like Heartbeat if it had a remix that wiped out the hip-hoppy beat and eliminated the booty get down bit (and PW), which I find painful. Of the ones I mentioned, it is the one I'd dump last. It's much better than the other 3. Paging Mr. Price.

Adem: wish I could hang out with you. Your blog is always so positive and upbeat, but not in a cloying way. Cheers and happy summer!

PS Dluv - yes, it was techincally the 3rd ep after the 2 ep opener.

Sorry XO--agree with D'luv that Heartbeat should be a single. The booty get down stuff is very silly, but the song has a great melody and decent arrangement. I agree with your other points though, besides the fact I think ditching the Mirwais/Price/Orbit producer line was a mistake.

Good on D'Luv for namechecking Tabatha. The hair version of Ramsey's Kitchen Nightmares, only MUCH BETTER because it's on Bravo, not Fox.

It's a shame the Robyn CD did not take off in the US like it did around the world. There is no excuse for With Every Heartbeat, Handle Me, and Be Mine not being big hits here. If M.I.A. can do it...and many of us are ready for the followup.

I want a new Robyn album! But Dream On is one of my favourite Robyn non-solo songs (Christian Falk is underrated) so I suppose this is a good thing. I always used to play that in the bookshop I used to manage, now I can play what I want in my office (alone) and no longer inflict my noise / introduce the public to new tunes, which I kind of miss.

Re the Ladies (Hawke and GaGa) I think Hawke is winning the battle of undeleted tracks off the album on my iPod, slightly. The best songs were the ones I had already herd though. GaGa sounds a bit like a compilation album and is currently a very good EP to me!

It's one of the songs I would've put on the Hard Candy EP. because we all know it should have been an Ep!!!!!!!!

hello! i think this version of "dream on" is identical to the one on the canadian release; if you need it lemme know.

re: kylie; i will add this to my christmas wish list. muahahaha what would make me really happy however is the issuing of a Kylie "X" B-Sides album.

re: Marc Jacobs; how can you not love him? in reading this article, it amazes me that the same person speaking is the same person responsible for 2 fashion empires. it's so unlikely, but i must admit i am not so secretly in love with him.

Will, expect a megapost on Ladyhawke shortly. The album is actually phenomenal and much more pop than the two indiesque singles.

Jacobs is THE designer, but I don't really think he's a person I'd want to spend 5 mins with it. Shallow as fuck.

XO, I did get married! Thanks! I posted some pictures up on my blog.

(oh yea, don't care for the new Pretenders either.)