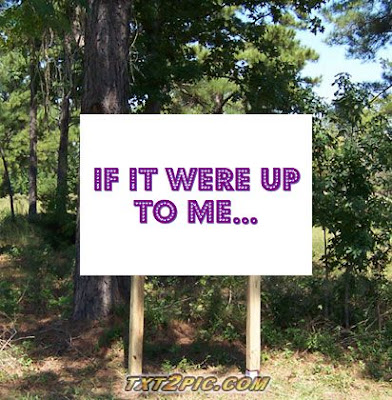 On a recent mixtape post I said: If it were up to Marc Almond's next album would be produced by Rufus Wainwright. I thought it would be easy fun to figure out some other things I might do if I were "popniscient."

Mariah Carey would do 3 things: 1) Cut her hair to shoulder length, 2) Stop walking with her tits and ass thrust out and 3) take those knockers down a notch.

Shara Nelson would return with a new album that included a collaboration with Mark Ronson. Likewise, Ronson would record with Neneh Cherry.

Amy Winehouse would get well and Whitney would make everyone cry cry cry with a major return on TV.

Madonna would release a major, monolithic, mega ballad along the lines of Frozen or Live To Tell. This is the perfect moment and there are rumours that her new CD contains such a song done with Justine Timberrod.

Jeff Buckley and Kirsty MacColl would return to the living.

Robyn would play the Black Cat in DC.

The Pipettes would defy common expectation and actually record a follow-up that is even better than their debut.

John "Dick-in-a-bun" Barrowman would not record such cheesy songs in such a cheesy fashion.

The Smiths would not reform, but release remasters before the demise of the CD.

I could buy MP3's (DRM-free) from any iTunes in the world.

Anneli Drecker would release an album in 2008.

West End Girls would actually have songs written for them by Pet Shop Boys.

Oh wait, that last one has really happened!
Posted by xolondon

Email ThisBlogThis!Share to TwitterShare to FacebookShare to Pinterest
Labels: RXolondon

and Mariah would cover up.

Shara would sound great with Mark!

Dubstar needs to get back together.

What about... Tears For Fears would make another album?!?!

Christina Aguilera would feel comfortable holding out just one note.

Annie Lennox would start her own label.

And... Justin Timberlake would go away.

What about Madonna doing some songs or an album with Pet Shop Boys? Oh, right... she wants to have hits again.

Excited about the West End Girls, though...

Did you ever hear the gorgeous ballad Justine wrote for and performed with Reba on her duets album last year? Gorgeous, gorgeous song.

I have not heard that Adem! ??

I suppose a proper collab with PSB is inevitable from Madonna. Maybe when they are both 60?

Oh, it's already out, then?

When Popjustice said that PSB wrote a new song called "Little Black Dress" for West End Girls, it was not being entirely accurate. That song was done for the Closer to Heaven musical, and the PSB demo of the song has been floating around for ages.

I LOVE these posts! I agree with much of what you say, and have a few to add:

Kylie would release X in the US and TOUR THE US.

Robbie Williams would be an established star in the US (thanks EMI).

Prince would reform the Revolution, record some killer albums, and stop the BS.

Boy George would get his act together and show the world what a great vocalist he really is.

Lauryn Hill would live in a world that knows no color.

George Michael would appear as himself on a new US prime-time comedy/drama singing some old hits...oh wait...that DID HAPPEN! (ELI STONE anybody? He speaks lines next week!)

xo, check your email, I've sent you something.

Madonna wouldn't be stuffing around with this bullshit April 29 album release date, the video clip and song would hit radio and television respectively by Valentines day...

Van She would release "Strangers" as the second single from this debut album that's coming...

Kylie would release "Stars" and "The One" as singles after "In My Arms" and "Wow." I don't care in what order, but they both deserve single status...

Yoko Ono would create an entire album with Pet Shop Boys, and Stuart Price would remix the single...

The Avalanches would finally release the follow up to their 2001 album "Since I Left You"...