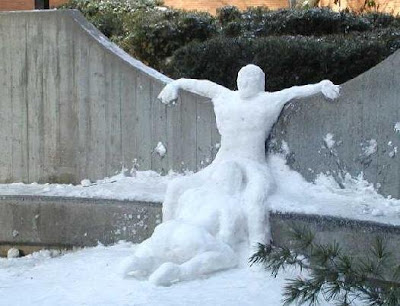 Oh no, that's not what you think it is!

Goodbye 2007. I have put you in a golden box and closed it. Onward!

I updated my Superlatives post with a few new categories and added bits. Okay, tally ho...

For those who care, digital album packaging should improve in 2008.

You might have noticed (or not) that I haven't mentioned Rufus Wainwright's new Judy Garland CD much. Not my thing. I find her songs grating in the extreme, bar a few songs laden with "pathos." If I never hear The Trolley Song again, I will be a happy man. That said, I am stilll a Rufus fan.

Alphabeat are a bunch of kicky 20-something Danes, but I swear they're actually the TV cast of Fame! Watch Fascination to see what I mean. My jury is out, but they are a big hit on Dirrrty Pop, You Don't Know Pop and PopJustice. Hmmm, you think they're folk?

What happened to the new Kate Bush song for Golden Compass? It never came out. Backassward record companies.

The latest Morrissey hits album has a shite tracklist (Redondo Beach anyone?) and 2 new songs, both possibly lame. It does have a dreamy cover photo though. Rumor has it there will be a 2-disc version, which may be worth some $. Moz is doing his next CD with Jerry Finn. Good news, since Finn produced the brilliant You Are The Quarry in 2004.

Daniel Merriweather's upcoming solo song is good - it's called Chainsaw. Arjan has it. I think he is working with Mark Ronson on his album for 2008. Remember that Merriweather did the incredible vocal on Ronson's reworking of Stop Me If You Think That You've Heard This One Before.

Did you download Lucky Soul's Christmas song Lonely This Christmas? I think it's a cover, but it's very good. Get it, if you still want a Christmas song, at 7 Digital.

Speaking of which, did you notice Coldplay covered Last Christmas on their website. It's very dour. And Chris is hiding his latest hairstyle, that minx. I wonder if he spent the holidays at a country house being all patrician with his inlaws, followed by a NYE jet trip with Jay Z and Bouncey? Do you detect disdain from me? Nahhh!

Erik, a fellow pop fan in Seattle alerted me to something cool that may be especially amusing for international readers. It's C895, a radio station owned by the Seattle Public Schools and actually operated by students of Nathan Hale High School as part of their radio broadcasting course! They do it all! Production, programming, music selection, copy, and DJ'ing. What's very unexpected is the music they're playing: Kylie, September, M.I.A., Mark Ronson, Sophie EB, even Cascada. Erik warns that sometimes the kids are bit rough on the edges, but you can listen in streaming audio. Might be fun for your office.

Angular cheeked, angelic voiced Morten Harket (look!) has a new CD out in January called Letters From Egypt. I agree with Torr that Morten's new single Movies is weak. It's a cover of a song originally called My Woman by The Locomotives, a Norwegian group and you can play it here. I'd love to hear Morten work with someone like Guy Sigsworth (imagine Kate Havnevik's album sung by Morton)!

Did you notice that Guy "Frou Frou" Sigsworth's next big project is the new Alanis CD due out this Spring? Read more here. That is intriguing. I have always waffled on her voice, but I love songs like Thank You, Hands Clean and So Unsexy. It has a sort of wonky title though: Flavors of Entanglement. Whatever, she is the woman who validated giving head in movie theaters, isn't she?

Fan video for kd lang's new song I Dream Of Spring. The studio version is very folky and Ingenue-ish.

Pete Paphides of The Times is guessing who will blow up in '08.

Sorry I never did my "red cup photo" for Mr. Zapping. That was a great idea and I think I'm too late. Next year if I am lucky enough!
Posted by xolondon

no worries dude. that pic more than makes up for it! How icy! I am looking forward to a new alanis album... and better digital packaging! I hope there are a lot of mixtapes in 08 :)

Hey slut! Happy New Year. Yeah, I read Mozza's "hits" tracklisting last month and screeched... guess it's just something slapped together to fulfill a contract, no? That cover photo looks like it might be from the "Ouija Board" single photo session...?

Incidentally, I picked up an import copy of the scandalous NME issue from last month, just before the holiday. It was weird to read an article in a magazine that was basically all about itself...

I totally agree with you about that Morten Harket single--I was so excited to see he had something out, but the song is just...blah, for me, at least, which is disappoint. I do love his voice--I'd love to see him work with some good writers, and I was just thinking a few weeks ago about picking up an a-ha album.

"Fascination" is fantastic, but I've still not bothered with the whole Alphabeat album.

Better digital music packaging would be great. I'd love more complete credits--some songs don't have any, and even those that do only list "composers"; getting the equivalent of full liner notes would be a dream, though that article sounds like it means even more additional features as well. I've been wondering about the Amazon service, but not used it yet.

*disappointing, that should be

The Morrissey best-of is certainly vexing for several reasons, not the least of which being a cover photo that is a good fifteen years old and a tracklist that is more than half made up of songs from the last two albums and entirely ignores a few of the others. It's nonsense.

Got to step in and say, though, that at least one of the new songs (All You Need Is Me) is pretty damn great live. The other one isn't bad either.

Artists of a certain age tend to release new Greatest Hits every other album and Morrissey started that practice years ago so I don’t have any problem ignoring it. On the other hand I am completely excited about digital release actually containing actual liner notes. That’s long overdue when you consider how much itunes is charging for albums.

Speaking of C89.5, there's also a high school station in Wilmington, Delaware (which is close to where I live), Super 91.7, that also has a dance format, and it plays many of the same artists that C89.5 does. You can also stream from that as well at www.wmph.org.