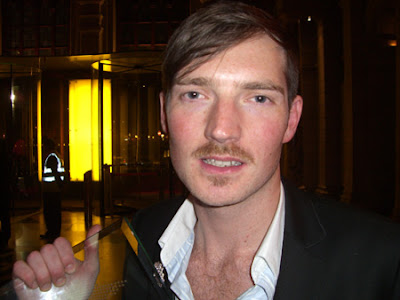 "He carried English bayonets in an English way..."

Q Magazine recently did a piece on Join With Us, the upcoming sophomore album by The Feeling, due out on February 18. The first single, I Thought It Was Over, debuted on Jo Whiley and I'm having a mixed reaction. Though I've not heard it in hi-fi, I think I can safely say that it's not a great leap forward. Sounds like an album track from their debut, meaning not bad, but unremarkable. Judge for yourself at The Society For... . Maybe it will grow on me


Piecing together details I've gathered from Q and various other sources, including The Feeling's blog, I can tell you this:

Watch this sweet live version of Never Be Lonely.

Email ThisBlogThis!Share to TwitterShare to FacebookShare to Pinterest
Labels: The Feeling, Up In 08

Oh that is disappointing. I really liked their debut. Maybe it will be better than we expect? Here's hoping!

I've got the proper version and I love it. Lyrics about the fall of the Berlin Wall? How very random, what's not to love.

I think it's a big grower, and the little 1s wigout 30s from the end is amazing.

Although I shall be trying to submit psychic SHAVE thoughts next time I see Dan.

Oh my, I really love this!

Well, I will say this is a little less "Huey Lewis" than their past material (not my opinion, but that of a former employee of mine). However, it has a rough quality that, when polished up, would make a great Sophie Ellis-Bextor track. Ok overall, but not really as good as the new Delays song IMO...

well of course i fucking love it but i have to confess it took me about 3 goes to love it. Still i was listening to it on a crappy internet cafe computer....