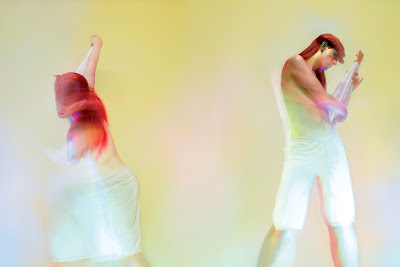 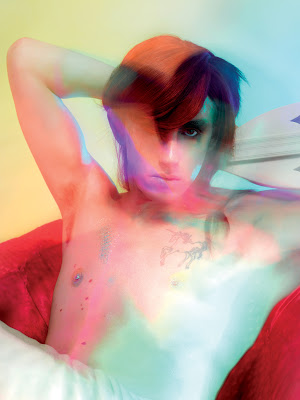 Really, Patrique is just moments away from this... 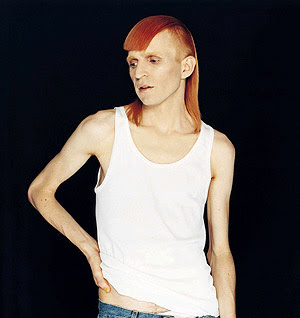 or this, a little more rock'n'roll... 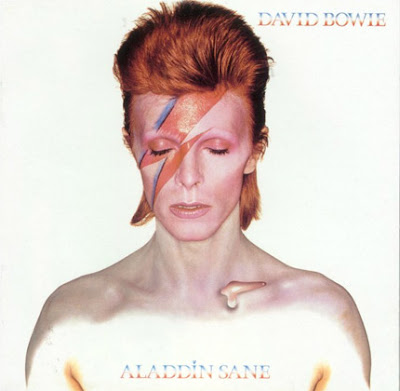 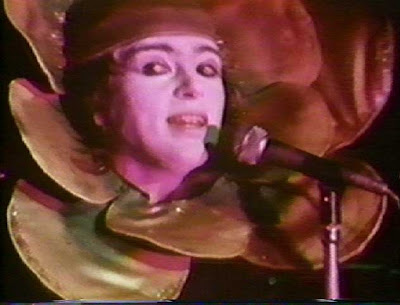 An intervention must happen! Confiscate his makeup kit.
Posted by xolondon

The Magic Position was one of my favourite albums of the last year or so but the man does seem a little 'eccectric' to say the least. Or I could just say 'pretentious tit' but that might be perceived as rude.

He was being sweet and humble when I saw him live - not pretentious at all. Unless you equate artiness with pretense. Adem had a slightly different experience where he saw the Two Patricks (one the emotional drama queen and the other, the sweet ukelele player).

The first picture could be a perfect cover for the first solo album from Nicola Roberts, as soon as Girls Aloud split up.

Maybe I have a low 'art' threshold, after spending too much time doing art stuff surrounded by pretentious folks in the past. Which is probably why I now run a bookshop in the real world!