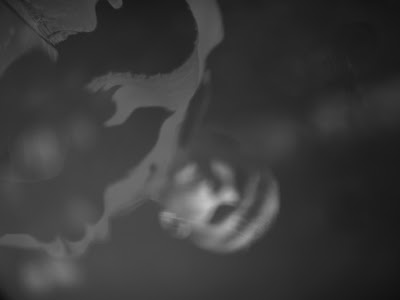 It's finally starting here - the change of seasons. Last night I sat an outdoor cafe that I love with my good friend and had a wonderful time. Seasonal affective disorder in reverse. Here are some songs I've been playing a lot in recent days... seek them out!

Passenger Four Horses Britpop
Their new album is a lullaby - really subtle and pretty. This soft track is part folk song, part spare-beat ballad. Do you think the line "Like a whisper in the dome of St. Paul" has something to do with my love of this song? Am I that transparent? Not out yet or here

Ari Gold Transport Me R'n'B Homopop
Ari's new CD is a celeberation of the sound of the 90's - and this song is very much an homage to the smooth mellow sound of Jam and Lewis ballads. The verses are very spare and the chorus opens into layers of hamrony a la Janet Jackson's Come Back To Me. Really subdued, which is not Gold's usual state. Despite some ill-placed spoken bits, the lyric is deeply personal - kind of a journey through self-love/self-hate. Arjan also loves the song, so read what he says. The whole thing wraps up with a drum'n'bassy coda punctuated by synth strings. Well played, Ari Gold. Get it at US iTunes or UK iTunes

Kanye West The Good Life Hip-pop
I knowwwww, bitches! I don't want to dig Kanye any more than I want to dig Fergie, but like her track Glamorous, this smug ode to wealth and fame makes me giddy. It has an unrecognizable Michael Jackson sample (PYT!) and a stupid Snakes On A Plane reference that makes me chuckle: Kanye, don't even try to tell us you are hung. Please, bitch! This shizzz is hot. Wear your sunglasses at night. Get it at US iTunes or UK iTunes.

The Jackson Five ABC (Freemasons Mix) Clubpop
That's how easy pop can be. Sounds like every Freemasons mix, but do we care? The original is a bubblegum classic with wee Michael at his most soulful (how old was he, like 10?). The slightly sped up vocals on this remix actually work. "I think I love you!" Thanks Toons!

Rilo Kiley Breaking Up Indie Soulpop
Ummmm, delish! It’s got clever lyrics (“It’s not as if New York City burnt down to the ground once you drove away.”) matched by a chunky bass, cheap Casio disco strings and the Waters Sisters providing backing vocals. It’s a real ass-shaker of a song; during the recent spate of swampy DC days, I boomed this song from my car stereo, driving around with my sunroof open. Get it at US iTunes or UK iTunes

Rilo Kiley (again!) Dreamworld California pop
Immediately, clearly an homage to 70’s Fleetwood Mac. This is like a rite of passage for guitar-based bands. Not only does the gauzy Dreamworld feature FM's chunky bass lines and trilling guitars, it also works Stevie Nick's lyrical trick of describing a relationship from an omniscient viewpoint (“she was the girl with... he was the boy who..." ). The vocals are lead by Blake Sennett doing a breathy (and quite sexy) Lindsey Buckingham imitation. Get it at US iTunes or UK iTunes

Finally, be sure to catch the Autumn songs of Tremble Clef (gorge Coldcut doing Nat King Cole) and Babs on Dan US.

Meanwhile, did you hear that Delays have a new CD out this fall? Yessss. Also, please note that for those who cannot use UK or US iTunes, these songs are probably floating around on the web. Above photo by Hedi Slimane.
Posted by xolondon

I have to say that I also like Glamorous...one of my friends got me onto it.

How's the new Rilo Kiley? Saw them on Jimmy Kimmel, I think.

I love "Dreamworld" by Rilo...far and away my favorite on the album. Wish it was a little more like that and less stripper anthems vs. country songs, but that's my take. "Breakin' up" is one of the better tracks though, as is the sublime, Gwenny "Give a Little Love".

Just picked up the new Shout Out Louds, "Our Ill Wills"...have you heard it? Really impressed, and the opening song "Tonight I Have to Leave it" (another great end of summer song) is a near ringer for the Cure's "In Between Days". Check it out!

Glad I could help. Very cute remix of MJ there.

Speaking of the PYT sample... I know they definitely sampled it in a flopped Monica single from about 4 years back... and I feel like another recent(ish)hip/pop song sampled PYT. Can't think of it at the moment though.

what a great set of songs. I am loving passenger more and more with each listen, though am terrified they will end up another of those bands that don't quite make it :(

I went to the Shout Out Louds myspace and they sound a lot like The Cure!

The song is good though.

PS: yeah, re Passenger. It's the kind of record that deserves attention, which no one gives anymore. I love it.

Why apologize for liking Kanye's song? I played "Stronger" about 5 times yesterday!

Every time I hear the Kanye song, all I can think is that it's a Daft Punk song with him talking about how great he is. That being said, it's one of the best things K's done.

I'm no huge Kanye fan... in fact "Stronger" is the only song of his I really like... but I tend to think he's not so much thinking about how great he is, but defending himself ("That which does not kill me can only make me stronger") against, as he says in the song, "haters" and the flack he got after the George Bush statement.

I tend to think there's more to it than the lyrics just bragging for bragging's sake.

My embarrassment stems from the bullshit, trite "I have an Amex Black card" sentiment that Fergie and Kanye play into.

I just saw Rilo Kiley at First Ave and loved them. I had only known the acoustic version of "Portions for Foxes" before that. I knew the concert was going to be a blast when the gentleman standing behind me did his own impersonation of a salt shaker during "It's a Hit." "Breaking Up" always reminds me of "Queer as Folk" when the mobile gets tossed into the water...

Librarians give you power, indeed. :)