What the sugar's all about 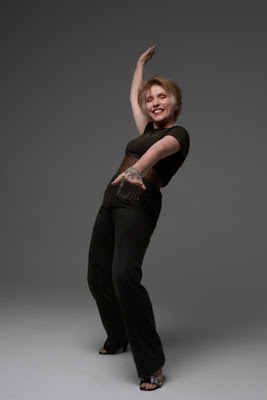 Debbie Harry got off to a bad launch for her upcoming album, which may or may not be released this fall. First there was the True Colors debacle and then I've hated most of the new pictures of Debbie. Except this one above. It's cute.

Fortunately the single, Two Times Blue, is good and that's what matters. It fits right into her tidy collection of solo singles like I Want That Man and French Kissin', though I like the remix better than the original. All this makes me think that women like Deb and Siouxsie need to welcome back the pop. I recently read someone floating an idea that Pat Benatar should do an album of operatic dance songs and I thought, "How true!"

Check out my new Debbie tag below for more stuff I've written about the queen of pop/rock - for awhile I was posting photos of Debbie a lot and I've updated those posts so they look better.
Posted by xolondon

From what I've been able to ascertain, it looks like the album is going to be released October 9th - but the banners on Debbie's official website still say September 25th. Could you imagine a Madge release with such a fluid release date?!?

I agree about embracing the pop, but I guess that's not too surprising. The bad thing is that, from what I've read, "Two Times Blue" is not indicative of the rest of the album (and certainly, none of the songs that she debuted at True Colors continued in that same pure pop vein.) But I'll cut her some slack, naturally, until I hear the finished product.

Hate to say it, but I've heard the album (I got an advance), and it was pretty dreadful, other than the single, which was the best song hands down. Some of the lyrics and arrangements are truly embarassing. Makes The Curse of Blondie look complete genius. What a letdown, and I usually stick up for her.

I was thinking of Jane Wiedlin somehow... OOH you send me ...

Fun pic though and much better than the others I've seen recently.