Mixtape: How long do you wanna be loved? 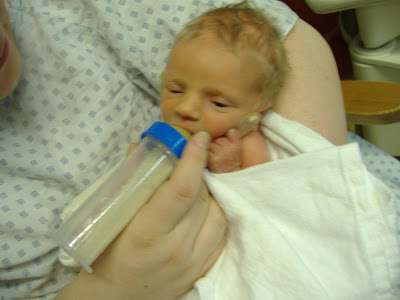 What a beautiful day it is here in DC. Sunny and blue and almost chilly. I am not the first one to notice that if you just allow yourself to be still, you see things you would not normally notice. Precipitously, I have the day off. I decided to walk over to the Starbucks in this square across the street - it is actually quiet in the morning. I sat under these pretty fuschia trees with my tea and I actually got cold from the wind. I saw the most beautiful tall dog (not sure what kind, something exotic) walking with a man. A woman with a toddler stopped to talk with the man about the dog and her little boy was quite pleased.

Normally it's just a place to get through on the way home. Not so pretty. This morning it seemed a little nicer than that. Anyway, today is a wordy post. A mix of personal commentary and musings on artists and "current affairs" in music.

A year ago this time I was in Boulder. You can read about my trip here (I added more to these posts). After much nervousness before the trip, that experience turned out to be really wonderful. I LOVED Boulder and the people I met there and yearn to go back. Le sigh, as they say. It's memories of that trip that compelled me to go outside and sit this morning.

Can I (too) admit I don't really care about the Spice Girls reunion? Nor do I give a shit about Titney releasing (or not) a new CD. I think I am a little too old for her or something. It's like a language I don't speak.

Not sure who knows I am a librarian by profession. NYT just did a piece on why it's now considered a cool job. I knew that all along!

In an earlier post, I expressed disappointment over two artists I have usually loved. One was Tori Amos and the other was Bjork. I should say that in the feedback, I heard people praise the Tori CD, but not one defense for the Bjork record.

I have a new baby. In my life, I mean. Not my own baby. Although, when she is ready to be taken from her mother's arms (in the picture above), I will probably parade Sophie around as if she is my own. I did that with my godson, but he is now 16 and much bigger than me. No carrying him anymore. Viva la Sophie (and Michael!).

On the indie music front, I sold my Voxtrot CD. Didn't love it, bar Steven. I decided to keep my The National CD though. Very good.

Something I cannot live without: Pied de Pepper foot lotion from LUSH. Have you tried it? Your feet smell like cloves and other spices. You might want to eat my feet if you could smell them.

I am struggling a bit with the new Crowded House CD. It has some great songs, but it's essentially quite dark and I when I try to play it, I tend to go, "Ummm, let's play Freemasons now!"

I have wheels again. I went to buy the iTrip car thingy and was aghast that the little fucking thing cost $50! I have yet to fork over the cash, so I've been driving around with CDs and CDRs.

If I can gather my pennies, I may come to England in November. I hope. It is unclear what my itinerary will be, though it will include a chunk of time in the Lake District. I cannot go to the UK without going to London, my favorite city in the world.

The new Prince record is a mixed bag but probably has more decent songs than has last few. I think I'll do a Prince CD tracklist that covers the last few albums and makes one solid album. Stay tuned.

Imogen Heap is deep into her new album. See her iBlog at her site. Song titles include Tidal, Little Bird and Body Double . Not sure if it will make it out this year, but I am excited for it and I am thrilled her last CD did so well.

Last weekend my father saw the original picture of me that is colorized in my profile for this blog. He said, "When was that taken?" I said, "February 1st." He said, "What year?" I said, "THIS year!" and he said, "Oh. You look thinner there." So this week my big snack has been sugar free popsicles. And some cookies. And a shared piece of cake yesterday. Oy.

Did you hear the Verve are back together? This is big news. It'll be interesting to see what they come up with and how it differs from Ashcroft's solo work.

I am so terribly sick of all things George W. Bush. It's actually hurtful. He is relentless in his desire to damage not only America, but vast portions of the world. That said, it is looking more and more like the 2008 election is the Democrats to lose. We may have a female president by default! I am not a huge Hillary fan, but I'll go there if need be.

I am particularly angered by the cavalier way that Chertoff, the Homeland Security head (who looks like Nosferatu), blithely said he has a gut feeling Al Qaeda is going to launch a terrible attack here. And what is being done about this, sir? And didn't the Bush adminisitarion crow last week about how safe we are and how they are the reason there has been no US attack since 9/11? Urgh. This is spoiling my reflective mood.

My new, wildly speculative Madonna theory: I am now in the she'll-release-in-2007 camp. I predict an album that is largely Justin Timberlake collabs (OY) mixed with a few Stuart Price ditties (YAY). We'll see. I worry that Esther is trying too hard to be a chart-topper when she really needs to run off and do some writing with Patrick Leonard and Joe Henry and then have Stuart produce and maybe Air arrange something ambient around a few songs. Hey Poo is so dire. Sorry. Live Earth did not improve my opinion. Those lyrics. GACK!

More importantly, Sophie's feet (below), which will one day march into the world. I think her mother will fondly remember them as they are in this picture. No matter how you old grow, there is comfort in the fact that you will always be someone's baby. 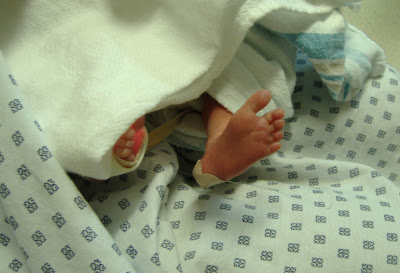 So adorable. With these pictures and the ones in the post below, it's practically a cuteness overload here.

bored of the spice girls before they came back

you absolutely must come to england. Darren and I insist.

I'm glad Prince's album is free this very sunday in England in hate rag The Mail on Sunday...

i want a baby

Would you believe I am actually commenting to discuss Chertoff's comments? Not because I am educated in American politics, but it's thanks to Joy Behar at The View (who's special guest co-host was none other than the delicious Debi Mazar!) that I'm aware of this. I don't understand why someone of his authority would publicly announce a "gut feeling" toward the possibility of a terrorist attack. It comes across as such a harsh scare tactic; why frighten a nation by something you say you only have a hunch about? No actual evidence, just a gut feeling? Ridiculous.

RE: the lack of Bjork defense. I actually think it's a good album, but she COULD have delivered MUCH better. That said, it's still one of my lower-end favourites of the year.

PS: xo, do you know what actually happened between Mazar and Mo? Tabloid stories went on about M dumping Debi because she wouldn't take up Kab's, but then Debi denied the story was true. But now I hear her saying things like "Madonna and I were very, very close for twenty, twenty-five years."

Apologies for the slight off topic nature there.

Can I talk you out of buying an iTrip? I bought one 3 years ago and used it maybe for a week until I tossed it aside and went the traditional cassette adapter route.

The sound is awful and if you live in a large urban area, getting a clear signal is next to impossible.

John's right - cassette adaptor is the way to go, definitely.

Sophie, adorable... did you have anything to do with the name?

Madonna... back in the studio... with a Sugababe?. Eeech.

Tori's CD is okay but yeah the Bjork one is meh. It's the first one by her that I do not own.

I wanna hear the Prince album. Then I'll probably do like you and make a disc of the best of the last few. I have his previous couple of CDs buried somewhere but I don't think hte new Cd is actually getting to the shops. It's caused a kerfuffle here as it's given away at concerts and on Sunday it is free with a Horrible Hateful Newspaper that I will not buy on principle. I shall acquire it elsewhere.

Tiny toes indeed. Sophie is an intl blogger superstar and she's not even 2 weeks old.

That whole Prince CD thing is so strange. Why would anyone anywhere buy it now? Not that I'm complaining!