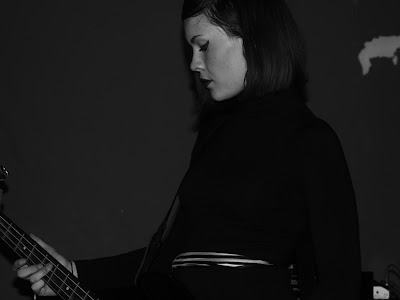 In alphabetical order, the Top 20 songs of the second quarter of 2007. Rules: Do not have to be singles, but one song by each artist only and the songs must be officially released (or released to me as a promo). The colored link will take you to a place you can hear/see the song...

There are some notable absences here. What did I forget? Can you figure out who I wish was on this list, but didn't make it? Two women in particular.

Special Award Given Early for Worst Song of 2007: Madonna's Hey You (or, as I call it, Hey Poo) - a nadir in her career. We don't cut Madonna slack, okay?

photo, as usual, by Hedi Slimane from his blog
Posted by xolondon

Tori and...Patrick Wolfe? Or was she in March?

Has to be Bjork & Tori, right? I know you wouldn't belittle Roisin again...(one of my faves, you know)...

Babe, if you think I belittled Roisin, you need to read my Janet Jackson reviews! The Roisin thing was MILD criticism of one song! Let's step out of that old bathwater now...

Anyway, the answer is Tori and Bjork. Tori COULD be on her with Teenage Hustling, but I'd be hard-pressed to pick a Bjork song that I want to play right now.

Just kidding about Ro...I knew you wouldn't go down that path again. I can tell it's not like you despise the song. Glad you like Movie Star though. There was a short interview on BBC a couple days ago with Pete Tong that had a small clip of another album track, Let Me Know, that sounds absolutely aces!

Some fine choices there, particularly happy Garbage are on that list.

As for Bjork & Tori... I'm finding the Bjork CD is starting to annoy me more with each listen, but Tori just keeps getting better. "Bouncing Off Clouds" is gorgeous.