What I'm listening to 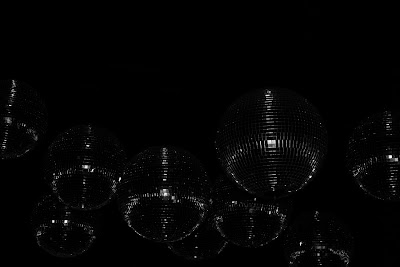 Matt Darey Beautiful Day (Sunburst Radio Edit)
It took me days to figure out whether this song was a cover, interpolation or ripoff of U2. I thnk it's probably the latter, but it's still fun in an Ibiza kind of way. If you dig Deepest Blue's eponymous song, you might like this one too. It's just a big balloon of a track.

Rufus Wainwright Going To A Town
An emotional protest song that sounds like early Elton John. There is a classic melody in here and a simplicity that is actually present in many Rufus songs, but not something he's noted for. To call the track anti-American would be simplistic. It's about trying to live through a time in which things you once counted on as good are no longer that - a time in which politics becomes personal.

Mr. Hudson And The Library Upon The Heath
I LOVE this album, thanks to Paul, and of course I love a jazzy song that makes me think of Hampstead Heath. Not that I smoked shrooms on the grass like they do in the song... Anyway, Captain fans should pay attention to this band.

Rihanna Umbrella
I could do without Jay Z on the opening, but this is a pop song made by the dancehall element in Rihanna's ella ella ella ella, eh eh eh. That piece will adhere to your brain. Tremble Clef agrees on this point!

Fields Songs From the Fields
The opener from Fields great new CD begins as wintry folk and goes blazin' as it progresses. Note that this version is not the same as the one on last year's EP, but the spirit is still contained. The album, by the way, is a mix of gorge hard rock and plucky folkpop. It might as well be sepia-toned.

Tori Amos Bouncing Off Clouds
While not exactly an epic, this new song features the Bliss-era Tori. The bridge is so urgent and the make it easy breakdown just after that is beautiful (and lacks the mint ice cream line, thankfully).

Bjork Earth Intruders
The jury is out on until I hear a high quality version (out this week!), but so far I am not feeling it like everyone else, perhaps because it's more about rhythm and chant than melody. Good lyrics though and I may come around, the way I did with the mammoth and equally fierce Army Of Me.

Darren Hayes Who Would Have Thought?
He's streaming his new song now. It's very growly for him. There's some interesting high-end details in this song: little flutters of keyboard. a modem sound, chimes. He holds back full Darren-ness until the end when the song really takes off. In fact, it's not until the final minute that you really get it.

Mutya Buena Real Girl
Okay. I've changed my mind. Now that I've played it a few more times, I no longer hear the Kravitz sample overpowering the track. I still think the chorus vocal (never pretend to be something I'm not...) is not really in her key, but the song will probably launch her and that's what counts. video

Finally, I completely agree with Arjan about Mancini. Their song Up Country will have its own post soon. I don't even have an MP3 yet!

oooh "Army of Me" Fantastic Bjork track. Makes me think of the movie "Tank Girl"

Xo, there is an excellent version of "Umbrella" which only has about 2 seconds of Jay Z's "uh-uh"s at the start. Easily the definitive way to listen to this very very good song.

I'm keen to hunt down this new Matt Darey track, I used to be quite heavily into all his stuff in the late 90's when trance was quite big and very fluffy. He had a couple of great tracks like "Beautiful" and "Temptation (Fly Like An Angel)" that were vocal dancefloor stompers.

Oh, strange! I just went out and bought the Matt Darey song after reading about it here! Ah, well, I guess there's 7 more cents for him or whatever.

(What I really wanted to say was thanks for the recommendation--I like it.)

ditto re: Matt.... and Darren H- i misread what you wrote and thought it said, it's very growy for him! Which i thought was very unlike you to be so illiterate. That's my schtick :P Anyway, i am immersing my self in the song before writing about it but i do really like it so far... i've not been around blogs when a darren hayes album is released so it's kind of exciting...

It's not a rip. Look at the lyrics and compare. They are quite different.

The only thing that's similar is the line "It's a beautiful day."