Patrick Wolf explains it all 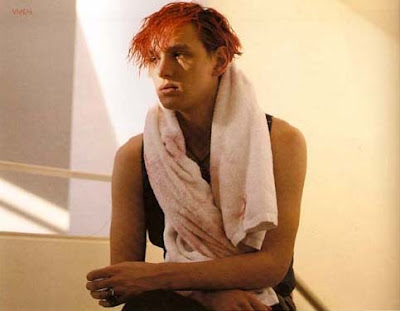 ...sort of, in this Pitchfork interview. He's quitting the treadmill of release/tour/release, taking some time off and then doing some sort of mega double album project that will be part orchestral gorgeousness and part death metal!

It's interesting. Patrick Wolf is such an artiste - he presents himself as if he's not taken one day off in 7 years, which is unlikely. As if he's worked harder than anyone else. Maybe he has, but you wonder what artists would say if they had to work 40-hour weeks. You're tired Patrick?! It's just a different cycle - intensive work followed by periods of downtime, versus 5 days working / 2 days off. And we all have to do things we don't want to do in our jobs.

I think what he really means is that when you make a living off of what is your passion, then that passion can be corrupted by the job part, because it's relentless. 24/7, your music is your life. What should be a joy becomes a slog. There is no time to have a real life, which is so crucial for artists.

I'm going to try and swallow my comments on his recent behavior (some of which is not highly reported and pretty obnoxious) and his naivete in the Pitchfork interview. Clearly he has a slightly rose-colored view of how life/work/fame/media should be. Whatever - he's not quitting.

Picture from earlier this year above and new one below... 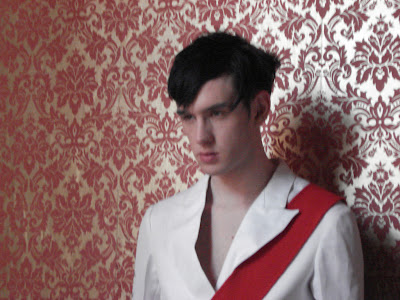 So let me get this straight... his album just came out, but he's already whining about being over the biz and talking about his next album? C'mon, Patrick...you just got a small mention in Rolling Stone! Don't hate...celebrate!

I knowwww! The US label must be thrilled that he's so over the new album already. It's all a wee bit diva, no?

And PS, the quote I didn't quote but will quote now was a nice comment to industry types in the audience at the Pulp launch party: "Get AIDS and die." That one was pretty close to a shark-jumper for me, but I asssume he was in an altered state.

I think you hit the nail on the head when you said he's not used to the SLOG. I think the Charlotte Church appearence was the nadir of all his recent questionable promo work and once you add it all up, it just ain't him.

You're right when you say naive. There's been so much hype inside and outside the industry of him 'doing a Mika'. Because this hasn't happened, he's pissed off and showing it. 'All this hassle for what?', kind of thing. Another album in and he'll get it.

I've got one word for PW: tiresome.

First hi and thanks for the captivating music. I think Patrick looks like a young Moz in the second picture. I love Patrick Wolf's records, but i don't like the meaning on his eyes;)

Hi Bulut: You may not have noticed that I mentioned your great site a few weeks back on this blog!