Darren Hayes, Man of Many Faces

Darren Hayes is a man of many looks isn't he? He's had jet black hair, blond hair and now red -or ginger, as our friends on the Small Island say. I actually like this older, more mature style he's workin' for his new record. 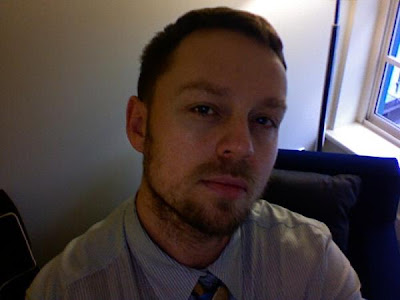 This is Dr. Hayes, young comp lit professor. He's taking office hours this afternoon, so you can seek advice about your Derrida /deconstruction paper. By appointment only. Don't lose your cool by asking him out for coffee - he has to draw the line somewhere. 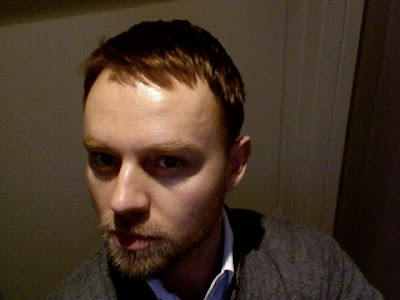 Here he's dressed as Sherlock Holmes' Irish assistant. Mr. Hayes has been trying to get his mentor off opium, so if he looks suspicious, it may be that pipe you're carrying.

I have too much time on my hands, don't I?
Posted by xolondon

I think he looks hawwt!

He lives in London now; it's how all the london gayers look; beardy with cardigans (well, until the sun came out).

Saw him in London last week playing at the Soho Review Bar (hes got a new album coming out August and is doing a residency promoting it) and it was brilliant and he looked stunning. Btw if anyone is interested in his music rather than dissecting his looks you can get all the info off his myspace page at www.myspace.com/darrenhayes

Thanks Darren! If you take a moment to actually "read" this blog, you might know that it is indeed really about music, not looks. When you release a full album, Professor Hayes, I'll comment more on the music. The myspace page is already linked above in blue. XO

You know, when I first saw the picture, I thought it looked very Simon Pegg in Shaun of the Dead, only much more professorial.

Based on the first song, I'm exceptionally eager for the new record.

Darren Hayes??? Bit naff-ola? Savage Garden were dreadful and the solo stuff bland and boring. It may be heresy in the blogoshpere to say so, but there. I've said it.

A lit professor is exactly what he looks like in that picture. Actually, that's not a bad idea--Darren Hayes as literature professor...

'fraid I am with Phil. Thought SG were grimness.

But, bring on a great new track and I will u-turn.