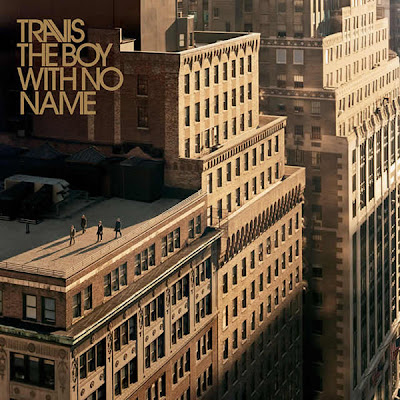 The Travis cover I posted last week turned out to be a fake. Above is the real - and better - cover. I've heard over half this album and the jury is in deliberation. It may be a grower.

The new single from Franny and Co. in many a year is Closer. Sweet song. Watching Fran in this reminds me of a few years ago when a former student came into the library and said to me, "Oh! You've filled out!" I will swallow the word that came to mind when she said that, but you can guess. Anyway, there is a cameo appearance from American "movie star" that I cannot tolerate. I liked him when he was young, but 15 years on, it's the same old schtick.

oh Closer has SO grown on me in recent months and I now love it a lot. I am v excited for this album as I am off to see them on the 25th May and at SOME point i totally will get round to writing why they were such a huge part of the 90s for me...

You know, I've never really listened to Travis much, but in an episode straight from the judging a book by its cover file, I have to say that the album cover is tempting me to check it out!

Fran looks a little ... doughy. I think popping down the same gym that Tom Chaplin has been to might be an idea.

Am seeing them the week after Paul, on 29th May. Look forward to hearing the album. The song is cute.

I think Fran looks cute, I think he is aging fine. Stiller on the other hand, yikes! Why is he in this video? Did he direct it? Perplexed. I love Closer, I think it's stunning.

Franny Travis is probably more into his baby than caring what he looks like. I find it amusing when skinny boys start to actually carry weight because that's what happened to me in one of those overnight metablism changes you hear about. He's still impish though...