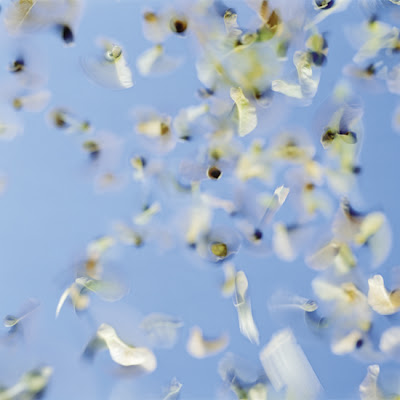 We keep having teases of warm weather followed by cold. As Kat McPhee would say, I'm over it. Though I have nothing decent to wear, I am eager for the hormonal surge of Spring! Actually, maybe the latter implies no need for the former... Anyway [cough], some nibbly bits:

Tracey Thorn is in the Times Online - she says, "I’ve never been a miserable person. I can see there was melancholy in the songs, but it’s partly my tone of voice...I could sing the Teletubbies theme and it would be fairly mournful."

Patrick Wolf is in The Guardian and in Stylus in which he says he is , "a bit of a lady when it comes to going to the toilet—I like to sit down in a cubicle, I’m not a urinal person!”

Brett Anderson is also in the Times Online, where he utters this gem about his new single: “It’s about one’s place in the godless universe.”

Sarah Nixey's new video is The Black Hit Of Space and the word is it looks very Hammer House Of Horror. ooooh...

Hard Fi have finished their new CD and it's out early this summer. More disco rock please. And did you notice Ryan Adams has a new CD called Easy Tiger? Hmm...

Bjork's new album is called Volta, but you know this. How Bjorkian. What you may not know is that Pitchfork will have an interview with her about it on Monday.

The most bizarre Google search that someone did, which caused them to land on my blog: liz hurley getting her gorgeous cunt fucked. Oh dear.

Speaking of cunts, I can't let this one go: It's easy to dismiss Ann Coulter as the basest kind of naricisstic media slag, but her words about John Edwards are dangerous because they give the impression to people who don't think for themselves that it's acceptable to call a person a faggot in a room full of American leaders. I was a sad moment when that comment drew laughs/applause and no one stood up after to say, "No, that is not right." So, the problem is not really Ann, but the response - and that is serious.

My new lamp did not work out. The shade was ginoromus and would have blocked the view out the window it was going to be near. The search continues...

To follow up an earlier post, the Scissters show didn't happen for me. I tried! No biggie. It was a comedy of errors. Everything got fucked up.

Neeta Madahar's photo is called Falling - those are maple seeds.
Posted by xolondon

You've been reading my musical mind again, haven't you?

I love the Google stats that show you how people got to your site, although it usually involves naked women.

PS and Sophie at the end... always getting the last word...

We really do live in a parallel universe, as I had tickets to the Scissters in Philly, but the little lady got the flu and we couldn't go. Such is the sad sad story that is sometimes my life...I empathize with your pain.

I read about the C4 thing on Tracey's blog, so I'll check it out!