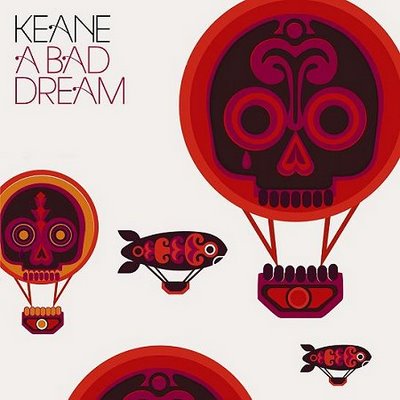 My favorite album of 2004 was Keane's Hope And Fears. Most of you didn't read this blog in its early days, but I loved the album, the concert and the band. I'm sorry to say that 2006's Under The Iron Sea completely underwhelmed me. There were some brilliant songs (esp. Crystal Ball and Leaving So Soon), but first single set me off badly (I was irritated by the attempt to sound like u2) and it was downhill from there. At the time of release, I complained that there was something off about the album and now we know the conditions under which it was made, with Tom in a drink/coke spiral, being a dick. It's all over the lyrics.

Regardless of addictions or in-fighting, the group made a series of bad decisions along the way, the most recent of which is to release Bad Dream as the 4th single, when it clearly should have been either Leaving So Soon or Frog Prince. The new b-side is intriguing though: a cover of The Cult's She Sells Sanctuary (along with what will likely be another shitty remix).

As for their video output, don't get me started. The new Bad Dream video is the ultimate in naval-gazing bullshit. My God, how dull. Again, where they could do no wrong before, it is now a comedy of errors. Watch the new video here. Warning: there is no payoff, the video goes in a circle and, in fact, metaphorically bodes ill as Tom goes from darkness to light rto darkness again.

The up news: they sound reinvigorated since Tom's release from the drunk cell. Their Dirrrtylicious radio performance was inspired (see it on their website) and the Thin Air b-side on Nothing In My Way single was decent. Now there's an alternate universe in Germany that gets Try Again as a single (covers above) on Feb 9, with a live album's worth of b-sides: 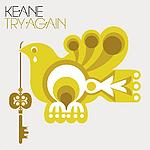 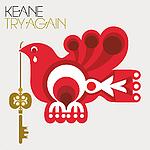 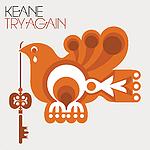 The Sanna Annuka artwork continues to thrill, yes? I am pretty sure that Annuka did the cute Christmas stuff at Starbuck's.

Let's hope Keane will learn from the traps they fell into and wow us with a great third album in 200..8?
Posted by xolondon

I am confused as to why, but amazingly a few minutes before seeing your post, I was looking at this picture:

It really is lovely art work!

i utterly agree with your views on keane. Their debut album was much beloved by my in 2004 and throughout most of 2005. I was devastated (ok that's a bit strong!) by the new album, though yes Crystal Ball is nice enough. And a really dull live show at V festival didn't help any. I have just been toying with a post called "singles they should release but won't" and suggested Frog Prince as a single - maybe i'll post it over new years...

My god the artwork is one beautiful piece after another. What did you think of the vid with Giovanni Ribbisi in it? I thought it had no payoff. I still think the new album is great, and yep, there are some b-sides again!

At least they made an attempt with the Crystal Ball video, but yeah I only watched it one time. Some of the best bands do meh videos though.

It's funny now to look at those lyrics (album) and think that Tim wrote them for his friend to sing b/c he was worried that fame was ruining him.

Wow, I really love the latest Keane album. I guess I didn't think their first one was so amazing that the second one was inevitably a let-down -- I thought the first one was a grower, although I did come to like it very much after a while.

"A Bad Dream" is my favorite song on Under The Iron Sea, next to "Crystal Ball." The only song I really don't get excited about is "Is It Any Wonder?", but even that I can tolerate.

Agreed, though, about the videos. They should just have Tim Rice Oxley shirtless or more for four minutes, rather than show Tom.