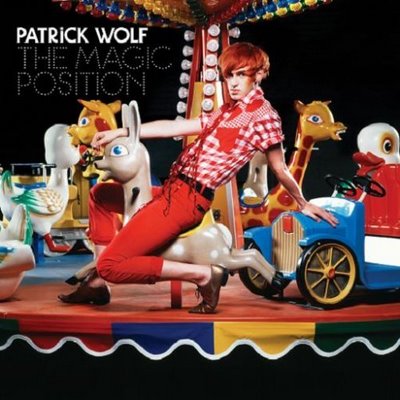 I just don't understand him.

Is he great? Is he shit? I still to this day can't work it out.

Uh, clearly I think he is great. He is the new Kate Bush. A prodigy. But he is not standard pop. It's more complex than that.

What is the deal with this dude? I watched your video of him in an elevator and on performing on stage. Do I not get it? How are there so many people into him already? Would've thought that Duke Special would have rocked people's worlds first...that guy is pretty good (Imagine Aimee Mann's songs sung by Rufus Wainwright). Maybe the finished album will finally convert me. Back to my Robbie for now...(as I have been thus labelled)...

Something tells me the magic position for that starlet is two stilletto heels in the ceiling tiles.

I am AGHAST at the non love for Mr. Wolf! Fuck you pop beetches! Patty will run you over in his clown car filled with drugs.

Child, it's like me attempting to spread the love for Lazy Town or High School Musical, misunderstood heaven to the ears and musical genius both!

Look at it this way, in five years, they'll all look back and say we were right! And we'll laugh. LAUGH.

Aren't those animals on the merry-go-round the same ones from Lorraine sleeves? Perhaps I'm high.

Well, I like Patrick, although "Accident & Emergency" makes me a bit worried about the album.

Are red capris really a good idea on men??? I'ts like he broke into kd lang's vintage closet.