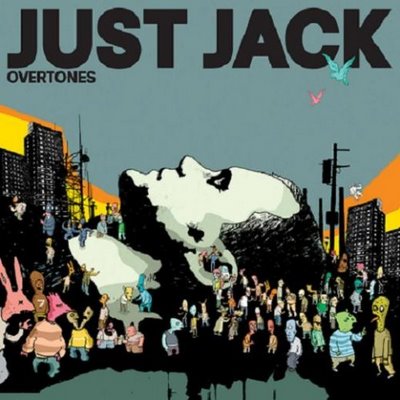 I have been confusing Just Jack with Hot Chip for awhile. Just Jack is actually Londoner Jack Allsopp (Kirsty, hello?), who raps and sings to very modern backing tracks that Beck would cry for.

His new single Starz In Their Eyes is, as Kofi's Hat would call it, an earworm that burrows into your brain. People are comparing to him to The Streets, but his singles are closer to Lily Allen in that he does whimsical pop-rap with what looks like a bundle of cash behind the videos.

The quesion is, can he sing? He can certainly talk-sing. I wouldn't have lingered on him were it not for the great music, which somehow boosts the vocals. The songs sound fully built, with little nooks and crannies to disappear into. Go to his myspace page and check out Disco Friends, a totally different flavor with a smooth chorus of robotic vocals (a la Daft Punk) and cello breakdown. Another, Talk Too Much sounds like...err... Prince playing flamenco with Tom Tom Club in Majorca. The bass heavy Spectacular Failures features a full choir on the chorus. Sophisticated stuff.

Following on the Keane post below, Jack also has terrific artwork that positions him as a man in the heart of all activity... 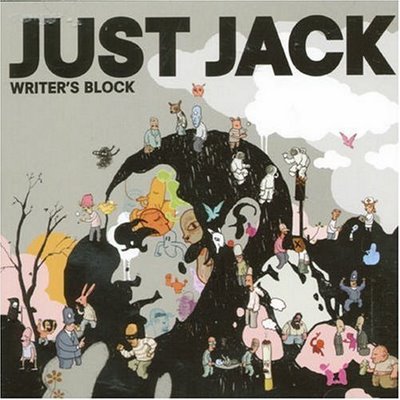 Get the album Overtones on January 29 in the UK. Watch his earlier video Writer's Block. Jessica at DirrrtyPop and Wongie have given him their blessings, as have the kids at PopJustice.

Love the Kirsty reference. How I dearly wish Just Jack was secretly related to the widly stylish upper-middle-class home-finding guru. After he has seven number ones, the truth could be revealed to a slack-jawed world in Country Life.

Yes, that would be puhhhfect. Kirsty could buy him his first expensive loft. Isn't there a wee sister too? Another brunette.

Mika. Le sigh. I am a bit worried about how hyped he is. I expect much arguing about his merits on boards, but I know what Mika would say: "Relax, XO, take it easy."

Now dat is gonna cause brappin! Dat is not just mint but well bumm. My bredwin will yard that in da crepes!

I cannot pretend to understand that!

That was the point. I like stars. I think there are two acts that are potentially overhyped at the moment and dey iz Mika and Robyn. Mika's album has leaked and me thinks hes worth the hype. I also want his twins too.

I picked up Just Jack's first CD without ever hearing it back in January '04, after seeing it for $7.99 at Virgin. That was some good stuff.

Sorry I've been absent from the commenting the past week, but I'm heading back home after a week with the family tomorrow.

You should be confusing Just Jack with Peter, Bjorn and John because of the shared Writer's Block title. Please start confusing the two from this point forward. Thank you.

Have the very Happiest New Year ever!

But I hope 2007 is your best year possible for now, until science comes up with that new improved year in 12 months or so.

You don't have to pretend to understand that either.