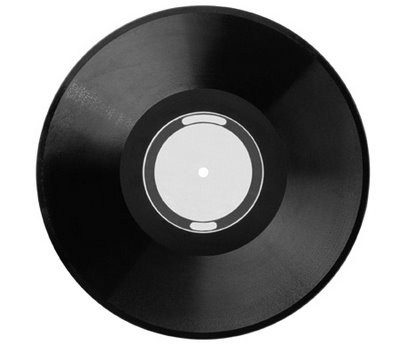 This post is a guide to my various Best Of lists for 2006. A good way to get a sense of (or be confused by) my taste. Included is my list of favorite songs of the year....

The 21 songs below do (err don't!*) fit on an 80 min CDR. This was very hard to whittle down, so there are some extras below. The key to XO's heart and soul? Swoony strings, handclaps, a stomping beat, and /or oooohs. I could do all sorts of lists, but this is The List...

Note - the first 2 songs are truly the Top 2, but the others are in no ranked order.

1 Minimal: Pet Shop Boys UK
I won't try to review this beautiful song again- just read what I said here.
2 Pull Shapes: The Pipettes UK
The most thrilling opening moments and a great sing-along track: I like to rhumba! The praise you'll see no blogs in the next 2 weeks is much deserved.
3 Transatlantic Flight: Lorraine NOR
How could anyone dislike this? Pet Shop Boys-esque brilliance. We hope this album, Pop Noir, is released in early 2007.
4 Live With Me: Massive Attack UK
Speaking of noir, Terry Callier's rumbling vocal is so urgent and passionate. I could play this over and over - it has never worn out and came close to being my top song.
5 Stay Until Summer: Alexis Strum UK
Ahhhh, Alexis, another track that never wears out. This song gets "XO's Middle Eight Middle Eight of The Year" ribbon. The vocals on that bridge that part are goosebump-inducing as they climb up and down the scale.
6 Black And White: The Upper Room UK
The greatest unrequited love song in many a year. The band met a sad demise, but this song will always be a fave. It's my teen and college years in one song.
7 Never Be Lonely: The Feeling UK
Feel Good song of the year, especially the sing-along ending. Please note that Dan sang this to me (and a small audience of like ten people) this fall. Ummm- hmmm, he did!
8 Living For The Weekend: Hard-Fi UK
Ya gots ta love a rock band with a strong sense of disco. I feel like strutting when I play this song. Going out tonight, baby you and I, going out tonight.
9 Tell Me All About Your Day: Skye UK
Thanks so very much to Tremble Clef for this modestly pretty song. Read his review. We had a nice blogger lunch summit this July and will again soon!
10 Knock ‘Em Out: Lily Allen UK
This funny song captures everything great about Lily. She does all the voices too. I would love to see her knock that fake bitty Jojo right off the TRL charts. Female Voice Of The Year. Haters suck my dick. ;o
11 Back In Time: Linda Sundblad SWE
Late entry! I love the slightly wonky English on this swirling discopop track that came to me via the great Catchy Tunes Of Sweden.
12 Magician Man: The Pipettes UK
This track knocked Keane's "Leaving So Soon" off the list at the eleventh hour moment and now the mix is too long*! Anyway. I played this song endlessly. So much so it will soon have it's own post, complete with MP3. Stay tuned.
13 Sophia: Nerina Pallot UK
A perfect distillation of Sarah McLachlan and Tori. Creamy smooth with a nice sense of melancholy. A good song to calm me down.
14 Naive: The Kooks UK
I could have also chosen "She Moves..." but I think this one is their classic. Luke gets my Male Voice Of The Year Award as well - love the way he sings the word asking at 1:42. The ending "hold onto your kite" bit makes me so happy.
15 Rehab: Amy Winehouse UK
It's all in the hook: No No No. In a right world this song will make every Best Of list. Go Mark Ronson! Amy, should we worry about you or not?
16 With Every Heartbeat: Robyn with Kleerup SWE
Not technically released yet, so I debated whether this should be here. Fuck it, it's genius. Robyn is still a well-kept secret and she shows more promise as a major artist than anyone I can think of.
17 I’ll Do Whatever You Want: Memphis CAN
I have not yet bought the CD, so expect more news on this Stars spinoff band. "Is it wrong / To create a song / In the ashes of what / We believed in?" A perfect, delicious indie pop song for those who love fighting and drama. Expect a wider release for this CD in 2007.
18 The Long Way Home: The Dixie Chicks USA
A manifesto in the form of a pop song. Everyone should listen to this when they don't feel brave or are hiding their true selves: I opened my mouth and I heard myself...It can get pretty lonely when you show yourself. Late bloomers unite! Saw them live - brilliant, but forgot to review them. Sorry Anne!
19 Dear God Please Help Me: Morrissey UK
Swear to God, this song made me cry the first time I heard it. Cry cry cry. Get over the sex in the lyric, it's a conduit to something greater. This is about self-awakening and the fear that brings. Fits nicely with the song above in this sense. The heart feels free.
20 Unlike Me: Kate Havnevik NOR
Bjorkian granduer. This Guy Sigsworth collab is defined by it's diving and fluttering string arrangement. Note the moments the orchestra actually gets louder (1:45 and the end). Key line: Unlike you, I am not pretending. [Heh! I was working through some shit in '06? My only comment is this: don't linger to let people tell you you're shitty or it will stick. Don't devolve. Clean cuts. High roads. Movement forward.]
21 The Songs That We Sing: Charlotte Gainsbourg FR/UK
Possibly the coolest record of 2006. Take a close listen to the lyrics. Great songs, like great stories, have brilliant opening lines: "I saw somebody who / Reminded me of you / Before you got a face / I wish that you could have stayed that way."

Producer Of The Year: Mark Ronson

Videos Of The Year
Posted by xolondon

Email ThisBlogThis!Share to TwitterShare to FacebookShare to Pinterest
Labels: Best 06