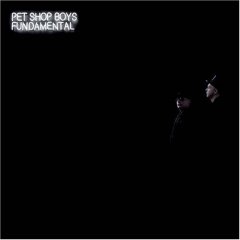 1. Pet Shop Boys Fundamental (special edition) UK
If someone had told me in '04 that PSB was headed for a renaissance, I would have wistfully sighed. They'd hit the point where they were just doing one or two sublime songs per album. Fundamental is loaded with them. It's melodic, it hots all the PSB classic notes, and it is produced to minute perfection by Trevor Horn. Nothing is left to chance - there are brilliant details all over these songs. If you want to read more about what I said on this blog, just go to this PSB Guide. 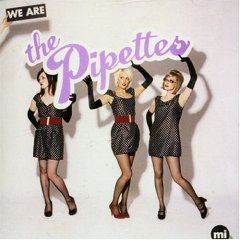 2. The Pipettes We Are The Pipettes UK
I don't like 60's girl group music; never have, never will. For me, The Pipettes produce music that sounds like an 80's group (a la early Bananarama) doing a take on the 60's. I doubt I was alone in having a moment hearing Pull Shapes for the first time. Thrillingly, the album stood up to the promise and the girls proved to be collectible with their b-sides as well. They are only artists to have two songs on my 2006 Essential Mix. 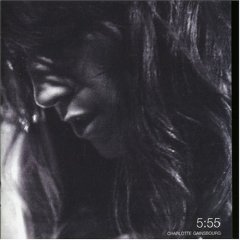 3. Charlotte Gainsbourg 5:55 FR/UK
I strangely never reviewed this CD, but it has been on constant rotation (if MP3s can be on rotation). It is the most modern, uber-cool record this year, with music written and performed by Air, lyrics by Jarvis Cocker and Neil Hannon and wipsy vocals by my beloved Charlotte. It's the kind of record that makes you feel like stripping it all down, throwing out your material bullshit and being totally minimal.

Standout tracks: The Songs That We Sing, The Operation, Little Monsters, 5:55

The Best Of The Rest, in no order:

Amy Winehouse Back To Black UK
A rare album that actually has a theme! Do I need to tell you what it is? Addiction. To drink, to drugs, to men, to drama, to "fuckery." It is soulful, totally frank and very funny. The press twists lot of what Amy (and Lily) say and do - it's projected onto them to create the saleable story of wild bitches in pop. Move beyond it and listen to the tunes.

Standout tracks: Rehab, Tears Dry On Their Own, Back To Black, Addicted

The Upper Room Other People’s Problems UK
I owe this discovery to The Zapping! The late, great Upper Room harkened back to the great 80's era of British pop. Buoyant, melodic, heart-on-sleeve, via unrequited love (the ecstatic Black And White) or fuck offs (Leave Me Alone). No one sings this way anymore and it was so refreshing to near this kind of voice (Alex Miller) again. It seems to me you lived your like a candle in the wind, Upper Room... whatever, the best music often ends in tears.

Standout tracks: Black And White, Kill Kill Kill, All Over this Town, Leave Me Alone, Portrait

HARD-Fi Stars Of CCTV UK
Rock band noted for disco leanings (covered by Sugababes!) and a thick Brit accent via lead Richard Archer. This group can do it all, from swaggering (Hard To Beat) to sweetly emotive (Move On Now). Ecstatic music! Can't wait for the next disc.

Standout tracks: Hard To Beat, Move On Now, Living For the Weekend, Stars Of CCTV

Razorlight Razorlight UK
I love Johnny Borrell, a classic skinny-rock star-cum-sex-god, and I love his willingness to do pop music that has melody and emotion. This album polarized reviewers and bloggers, but I love it. Pop kids, give this one a chance. Plus, he wears white jeans really well.

Standout tracks: In The Morning, America, Los Angeles Waltz, Can't Stop This Feeling I Got, Who Needs Love?

Kate Havnevik Melankton NOR
Nu-Bjork, maybe, but it's a huge-sounding record flooded with great tunes; many are collaborations with Frou Frou's Guy Sigsworth. Derivative? A little. Epic? Yes.

Standout tracks: Unlike Me, Sleepless, Kaleidoscope

Skye Edwards Mind How You Go UK
Thanks to Tremble Clef for Skye. This is another misunderstood record that suffered from listener neglect. I learned to love this when wanting to play something soft in my office. The lyrics are quite strong on some tracks and meant a lot to me on my dour days.

Standout tracks: Tell Me All About Your Day, Stop Complaining, Love Show

Lily Allen Alright, Still UK
What a spunky debut record! Another album that lived up to the promise of its singles. Don't listen to old hookers who slag Lily (!), just listen to the honesty in Friend Of Mine... "You're no friend of mine / I've known it for a long time...", the hilarious characters in Knock 'Em Out or the feminista singsonginess of Everything's Just Wonderful. With brilliant videos and b-sides added, she is a perfect pop package.

Standout tracks: Smile, LDN, Knock 'Em Out, Friend Of Mine

Captain This Is Hazelville, Jamelia Walk With Me, Neko Case Fox Confessor Brings The Flood, Delays You See Colours, The Divine Comedy Victory For The Comic Muse, The Feeling 12 Stops And Home, Camera Obscura Let's Get Out Of This Country, Pink I'm Not Dead
Posted by xolondon

What a fabulous remix of "Minimal." This song also made my top 12 of the year. (yeah, I know, a random number, but what the heck.)

ooo i'm glad to see some of my albums made your list also, thought yours are infintely cooler than mine. You think i would be more choosy not less now i am broadcasting my tastes to the world!

I agree about Fundamental. I listened to this a lot after its release. Great concert too.