There will be no falling snow on this blog. 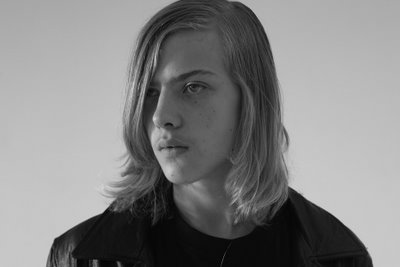 I am not featuring Christmas, but I'd like to boast that I bought all my Christmas cards Friday. Woot. Every year I vow not to do cards and every year I do. Anyway, some newsy bits and, at the bottom, some songs to try...

KulPop has a post on Thompson Twins complete with comment by moi that dates me a bit.

So Britney appears to be coming back. I am not a Britney fan. at. all. and have not blogged during a period where she was releasing music, so this oughtta be interesting. I think she's minimal on vocal talent, not so hot and truly lacking in grey cells. Having said that, if she comes out with a song as good as Toxic, I will give her credit. Stay tuned in 07!

SIART discusses the new Beatles album which fans are realllly jizzing over. Update! Chartrigger lurves it too.

I see that Morrissey just did his ONE American show for his tour. Thanks beeyotch! That album really tanked. I don't think it's terrible, but it's like Gwen, a half-n-halfer. Note that Moz will be doing an acoustic performance on Russell Brand (Courtney's new best friend!) on Dec. 1.

I have to say that there indeed some nice songs on the Take That reunion album. I may comment more later. Homoeclectic has some of the new tracks. I also like the All Saints CD: another sad case of musical success and chart disaster.

Lily Allen is totally, unequivocally right about NME being sexist. Now watch all the idiots call her a bitch. They'll buy right into the negative hype. Sure, she has a big mouth, but sorry, I'd take her brand of independence and forthrightness over the blandisms that most pop stars spew when they open their plastic gobs. Lily will be on my kickball team.

What does it say that Beyonce is taking the charts again with Irreplaceable, clearly the standout (and odd one out) on her screechy CD? Does it mean that the public prefers Bouncey doing pop music? IMO, it all comes down to one hook: to the left, to the left.

The public have certainly spoken on Janet Jackson's crap 20YO: the album now sits on the Billboard Chart at 91 in its 8th week of release. A massive flop that Best Buy unloaded yestersday for $5.99. I wonder how the label will deal with this? Mark my words, Janet will manage to get out of her tour, unless she is really strapped for cash.

Matinee Club are streaming a new b-side called Teenage Drag on their myspace page. It's meh.

Dan (Iowa Dan vs. UK Dan) posts on one of my fave Stevie Nicks albums

The Wyckoff Correspondent got me tickets to Paul Weller's evening of Style Council songs in NYC this January. Expect some TSC posts in the New Year. I much teach the chillins about Mr. Weller.

Some tunes to expand your world:

Russian Futurists 2 Dots On A Map expired
Call it avant pop. I love this guy's mashup of sounds. Buy it on iTunes

Charlotte Gainsbourg Little Monsters expired
Again from one of '06's Top Ten, I love the phrase sincere imposter. Buy it

Jarvis Cocker Big Julie expired
Once again, Jarvis, who wrote most of Charlotte's lyrics, proves a brilliant lyricist. A Cocker classic. Buy it

Hey XO. So funny that I was at work in the CD store when I was straightening the cutouts bin and found at least 2 copies of the new Janet! That does not bode well, eh? Enjoy is a great song, but the rest is tosh. Kinda agree on the Beyonce too--liked it at first, but kinda tiresome after repeat spins.

Once again, thanks for the Kate Havnevik intro--she has a new song that got added to iTunes not from the full length, and I don't really like it as much. Too pop & not enough electronic elements, but I'm sure you will speak about that soon. Thank you for your enlightening posts, as usual.

P.S. Just bought the Jarvis CD which is expectedly great, and thanks for the T Twins link--used to love them as well until everything went arse-up. Nice to see Alannah with a JAMM! (Her kid totally looks like mini-Tom)

OMG, I'm going crazy with other assigments, but wanted to take a second to 1) thank you for the mention, 2) remind you that Mozza's album was how we first started corresponding... I think it was the first thing you commented on my site about, and vice-versa, last winter when I had the promo, and 3) we're having parallel musical lives, since I'm loving the new All Saints album and Take That's "Patience," as well... don't have the full album... I'm curbing my pirate ways. But I still pack a big sword below deck, matey.

Count, yes, agreed about "Enjoy" and I play "Take Care" a lot at bedtime (which, given the theme of the song is not inappropriate). She left off one of the nicer pop songs, "Days Go By", silly woman.

J'ason D'slut, I have seen your sword splashed all over the Internets, you skank. ;) I did not remember that about Moz, but I hope you will still give me a diamonte... or at least some cardboard for our anniversary.