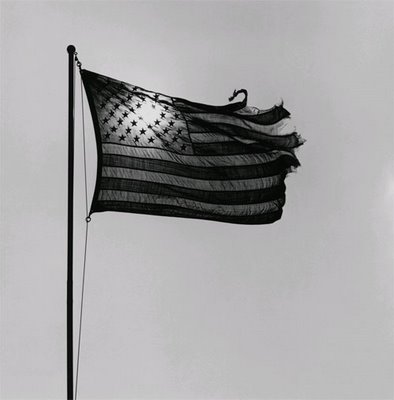 Stephen Colbert once said "Reality has a well-known liberal bias." How true, as we saw last night. Democrats rule! Literally! The results were so much better than anyone expected and now we’ll see reasonable immigration efforts and a decent minimum wage. The quality of life in America for people making minimum wage is horrible and it clearly takes a Democrat to recognize and deal with that!

Then, of course, there is the fantastic flame-out of Donald Rumsfeld, a man whose name will be synonymous with evil in future history books. I think he is a truly dangerous person, certainly for our troops with his inept (or nonexistent) Iraq plan. I know what I’ll be thankful for this Thanksgiving: that Rummy, Rick Santorum, Bob Erlich, and George Allen are gone gone gone! It’s like a fantasy.

Sadly, America – with the inexplicable exception of Arizona, a well-known hate state – chose in several states to sanction bigotry by voting for amendments that not only prohibit gay marriage, but in many cases make illegal any sort of civil union. I've said it before and I’ll say it again: these amendments are an attack on the modern American family. Fundamentalist leaders know full well that gay people have nothing to do with the sorry state of marriage (see Britney Spears for that) – the right-wingers use that as a smoke screen for their hate and fear. It will come back on them one day.

Yeah, I'm pretty happy about the election results. For the first time in eight years I haven't wanted to move to Canada or elswhere.

I did the little happy dance that Casey's in Pa. Yay.

Regarding the anti-gay partner act being denied in AZ, which is a pretty red state as you'all know, one reason it did is that it was promoted as not only hurting the rights of people in same-sex partners, but straight partners as well. The ads were mentioning that it would deny the rights of senior citizens with medicines, which is not a bad way to promote it, though it irritates me also. According to the newscasters, it also had something to do with Goldwater politics and people in the West being more independent, which maybe. I was happy, though stunned as well that it wasn't passed in AZ, though they're still counting the ballots in this one and in the Mitchell/Hayworth vote. Oy. I'm some-what surprised that the anti-partner act passed in VA.

But yay for Pelosi, Casey, Napolitano, Clinton, and so forth.

My i-tunes must played Donna Summer's "Enough is Enough." I quite agree.

I hate to day it but America is pretty fucked up when a whole load of states actually vote to stop people living their lives fairly and equally....

How long ago was it that you lot stopped the whole 'black people on the back of the bus' thing anyway?

I love life here in London.

Oh Dan, I don't think you hated saying that at all. The tide will turn regarding gay marriage/rights b/c youth polls show they could care less. Old people are a big piece of the electorate (and they DO care).

As for back of the bus, I hope we'll have a black president next time! Read up on Barack Obama. If Colin Powell had run for President, he would've won, IMO.

Bush does not equal America/Americans.

Barbara I forgot you live in AZ! My reference to that has to do with MLK Day, but maybe they recognize it now?

I loved seeing the photo of Rick Santorum conceding the election, with his daughter crying while clutching her teddy bear. As a now-transplanted Pennsylvanian who lived there for 25 years, I'm glad to see my home state go blue.

And speaking of the racism topic Dan brought up above, I'm glad George Allen got flushed, too. Too bad he and Santorum will probably now just become lobbyists and rake in more cash than ever.

This election is redemption for the past 6 years, though. Imagine if the past two elections actually hadn't been tampered with, either... what a different world we might be living in.

They do recognize MLK now, as we have off from school for it. Before it was one of those places that took forever to actually pass it. Which found its way into an editorial on SNL by Chris Rock. We also passed an English language only act in the propositions by 73 percent which I say Feh to. I wasn't in AZ at the time, but have heard about it from other people.