It will use the vocoder or it will get the hose

Creepy Xolondon collects blond Euro girls to make a human coat. He keeps them in a velvet-lined pit in his basement, where he forces them to record fabulous pop songs. Here are the results...
Note: now using FileDen! You can preview the song or right click on the title 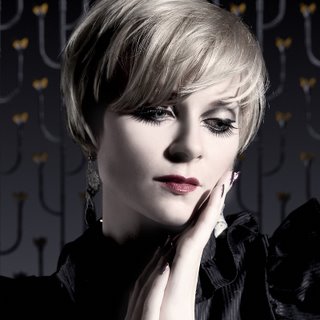 Bertine Zetlitz / This Moment exp
I am a wee bit ambivalent on Bertine's recent CD. It is high quality pop, but aside from 2 or 3 songs, it doesn't really pop the way it should. The production is safe and very midtempo. It sounds as much like Fleetwood Mac as it does her own earlier work. Which is...fine, but she is sort of the Norwegian Queen isn't she? 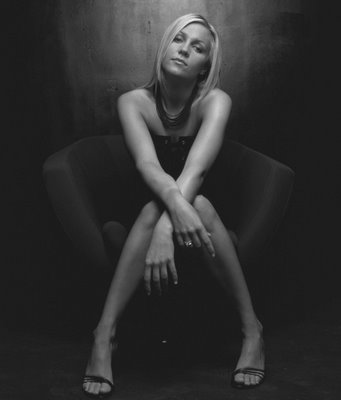 Kate Ryan / All For You exp
A 26-year-old Belgian who looks closer to 40 in her publicity photos (except for the one above), Kate Ryan is the closest to those unknown American divas girls like Kristine W and Amber. Big throaty voice, solid production, not too faceless. This song sounds like something she snatched from Kylie. 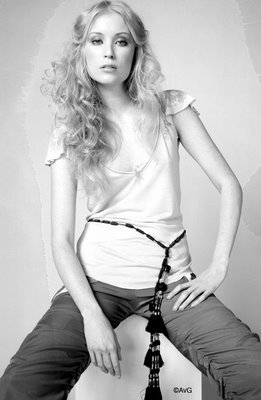 Linda Sundblad / Lose You exp
Linda, a former rocker, has a new album that's a December surprise for pop music fans. This track has a Depeche Mode quality and is one of the softer tunes on the record. Note that Swedish belle Linda (website) wants to look like Bertine in her new Oh Father video (ie: scary) but she is also only 25. Grow those eyebrows back babe! Catchy Tunes Of Sweden has her finest song, Back In Time. Be sure to go there: it's a massive pop killer. Like me. Buy the CD
Posted by xolondon

I've always thought that Bertine was getting better with time. Her early stuff is almost acoustic, whereas more recently they're more sparse, but cool electro.

These are three artists that I've never heard of and I'm glad you have introduced me to them. I really enjoyed all of these songs - good solid pop music, the likes of which is difficult to find in America these days. That is, unless you look for it or find blogs like these!