There is a God and her name is Tracey 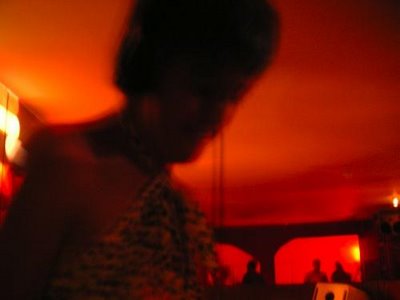 Tracey Thorn reports that her solo CD is done! She says, "After years of making records with Ben, it just seemed time to take a break, and do something fresh.. I've got together with a few different producers/ collaborators, and we've come up with a record that (I hope) is a true reflection of who I am right now and what I love right now."

The album, out on Virgin Records in March, includes:

A Valentine better than a chocolate box. To tide us over, some extraordinary tracks by Tracey and the original PSB track...

EBTG Miss You Any Further (EBTG vs. Dennis Edwards) exp

Thanks so much for this news. I am a huge Tracey Thorn fan, and cannot wait to hear new music from her, as it has been far too long. She could sing me the phone book any day.

Thanks for posting the info. Tracey has one of my favorite voices too and the extended EBTG break had me a bit concerned that we might not hear much from her in the future. This album sounds like it could be great with some interesting people on board. I can't wait.

Yippeeeyiiiyay!!! This is the best music news in a while. I can't wait to hear this!! Thanks, XO!

The album sounds very cool... though I do hope she keeps making music with Ben too! Thanks for all the info. (p.s. your PSB "King's Cross" link goes to "Two Star")

thanks! the psb song is fixed now.

I got the cassette of PSB Actually for my 14th birthday, and I used to play it when I had to do my weekly vacuuming of my parents' house. I always finished just as "King's Cross" came on. Ah, the smack of firm government.... it gets you everytime.