Review: Captain's "This Is Hazelville" 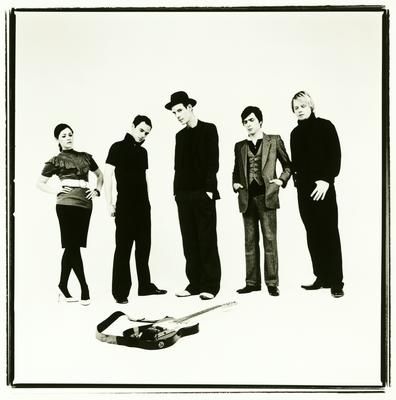 Captain release their debut album This is Hazelville on Monday in the UK. Produced by the maestro Trevor Horn, this album captures a crisp sound that was prevalent in the mid-to-late 80’s via bands like Prefab Sprout and Scotland’s Deacon Blue. This is not cool or edgy music – it’s sweet and melodic and glossily arranged. Immaculate is a good descriptor. I’d be surprised if Hazelville ever sees a release in the cynical US, though it is shockingly polished for a debut. Captain, like The Feeling and The Upper Room, wears its heart on its sleeve with no shame.

The record opens with “Hazelville” a song that begins as the aural equivalent of a swimming pool glowing at night. Tinkling piano, acoustic guitar, layers of muted pop rock guitar layering on, as if the band is walking onstage one by one. At 1:24 a soft, high male vocal arrives, just before a palatable squeal of electric guitar launches the drums and arena bass. In the last two minutes minute the song moves into arena rock anthem territory and you realize this band has fully arrived, literally.

New single “Glorious” represents the album perfectly. It opens with a shimmering guitar line that adds bass and a slightly Asian set of synth notes. Lead singer Rik Flynn has an elastic voice that he manipulates into several variations over the course of the album. At times he has the breathy quality of Prefab’s Paddy McAloon (Paddy Mac remains at the top of the heap as the most empathetic singer in pop). On “Glorious,” his voice has a choppy, gurgling quality that recalls Andy Partridge of XTC. Female co-lead Clare Szembek flutters in and out around him to supply a sweet alternate. This kitchen sink of a production pulls out all the pop stops: massive middle eight, choral effects and the same plucked strings (hear 3:14) found on Horn’s recent PSB productions.

Previous single “Broke” is a personal favorite, with its distinctive Trevor Horn production that amps up until it explodes into a pop… fantasia (how's that?!) after the middle eight. This literally chiming track could easily been recorded in 1986 and I mean that in the best way! I love the male/female harmonies and the bubbly lyric, “You’re the best champagne to cure my lows…” (see what I did there Paul?).

Other standouts include “Build A Life” a subtle, almost acoustic midtempo. It reminds me of another song I cannot quite place (any thoughts?). “Wax” is pure Prefab goodness a la Steve McQueen, while the vocals on the strummy “Summer Rain” sound a bit like Chris Martin. My only complaint? They left off the perfect “Spring Park Hotel” – how did this happen?! Buy the two track “Glorious” single to get it.

I can’t quote you a lyric from Hazelville, but like Deacon Blue’s or The Sundays’ tunes, these songs have a strong sense of place and time: “It’s a glor-or-orious town” has been stuck in my head for weeks. Ultimately it’s the sound of the songs as a whole, more than their parts, that make the record glow. It’s also a grower: I don’t think anyone who hears it would proclaim to instantly get it. I played it in my office constantly over the past 10 days and have come to love it.
___________________________

Captain's website and myspace / stream the full CD on NME's site / hear an interview with the band on the BBC / download these (up short-term only)... (note that I'll add a post this weekend with songs by some of the other groups mentioned above) 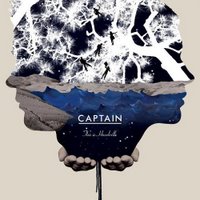 i didn't get to see them the other night but just found out they are at the V festival... full report in ten days :)

they also kind of remind me of The Ocean Blue. Anyone remember them?

Are Ocean Blue a Pennsylvania band? I remember their albums, their pictures but never heard their music. I will look them up!

I think I have one single from The Ocean Blue. It had a live cover version of Smiths "There is a light.."

It looks like "Glorious" is up on itunes in the US so maybe the album will find its way here...

Daft Monk, you're more of an iTunes whore than me. First Duran Duran, now Captain...

LOL I have issues...

Captain sounds really good except for the crap keyboard everywhere! Kinda ruins it for me.

My only analogy is the great potential that Three O'Clock's "Vermillion" had... which was squandered by awful, instantly dated production.

Trevor Horn can do better!

Ocean Blue are from Hershey, PA. They played at Bucknell when I was a freshman, for free.