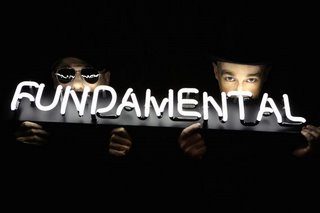 Point blank: Minimal is a masterpiece - surely in the Top 10 PSB songs ever.

- The beauty of the vocals on this track actually remind me a bit of Rachel Stevens "I Will Be There" chorus. Layers of pure voice, in this case Neil Tennant, whispery and delicate.
- The spelled out chorus (vocodered) is really catchy and not as dull as the idea of it is. There is a kind of melancholy, autumnal quality to the song, as if it represents the end of something rather than the beginning.
- Lyrically, what stands out on Minimal are a series of images: "An empty box, an open space, a single thought leaves a trace"
- The song has some wee phoned-in spoken bits that are very Chris Lowe, though I can't tell if it's really him.
- What does the bridge remind me of? Something I cannot pin down..
- The ending, holy shit! Not only do you get New Order-ish guitar at 3:25, but you also get some mountain-top-twirling strings. They start under the guitar with a backbone of rising horns, which serve as a base on which lighter strings flutter upward into the song's Papa Don't Preachy final moments.
- PSB has been a master of the song finale since the complex final minute of What Have I Done... and this song is as good as that, without a doubt.

Big gushy sigh.This reminds me of my reaction to hearing Miracles for the first time. These guys are so fucking underrated. They really define pop music for the last 20 years.

UPDATE: I just read a fan comment on PSB forum that made a good point. Basically, they were saying - and I'm adding to this - that you live with a band's music for years and years (in this case about 21 years) and you just assume they will never really make another song as perfect as they did when you first heard them, back in the day. Then they surprise you. This person's example was "Precious" by Depeche Mode, which came out in 2005. Within a few listens to that song, I felt they had absolutely nailed it once again. It's very gratifying for fans to hear a group do that, even if it's just one song on a record. This fan thinks "Minimal" has a similar effect and I agree.

everything i hear about the new pet shop boys material is making me salivate more and more, i'm going to burst if it's not all released soon!