Is it any wonder I don't care? 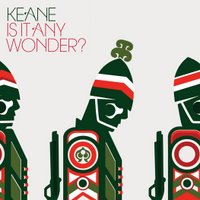 Though I am still very meh about the new Zooropa-ish Keane single, I am excited for the CD. Read a review from Arjan and some info about the forthcoming "Atlantic" video...
Posted by xolondon

despite the lack of love for Keane i am still excited for their album and to see them live at V. i have instructed my friend Ruth to tape the video premier on channel 4 in uk tonight. I know she loves this site so don´t forget bee-yotch! Just put on some alexis to soothe your keane related angst... i will forward you some trax soon!

Are you writing this from a beach where The Lovely Darren is trying to undo your suit for the paps?

more of a poolside typing moment and darren has mastered undoing my suit with a flick of his tongue!! Look for my phonecam pics to be hacked soon :(

Well, if it DOES get "hacked" you can just claim those are some 50 yr olds lowhangers, not your own...

Which reminds me, oh ma gawwwww, I saw a total Posh Beckham lookalike last night on the metro. In a wrap dress. She was actually prettier than Posh (missing the turned up nose and the skeletor look), but it was so astonishing I just...let my head go... and gawked at her without shame.