Why'd you have to be so cute? 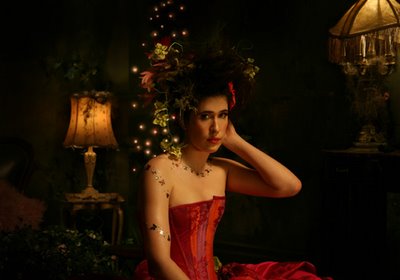 Immi update
A new video is due imminently for "Goodnight And Go" (my 2005 Song Of The Year!). There is an actual CD single of this track out on May 8th and the delish news is that it has a newly recorded b-side called "Speeding Cars" (plus a remix of "Goodnight and Go"). Note that "Speeding Cars" will be streamed at www.gear4.com for 1 week starting on April 10th!

While you await those treasures, take a peak at the new Guardian interview with our queen. Note that their take on Frou Frou's success is not really correct. Frou Frou did eventually achieve modest success when the sublime "Let Go" was included on the Garden State soundtrack.

UPDATE: Imogen is touring the US in May! Check her site for details. No east coast dates, sadly.
Posted by xolondon

She has really grown on me. "Goodnight And Go" is one of my favorites from the album. "Have you got it in you" is another one. "Clear the Are" another one - I think the WHOLE album is a gem.

Ooohh I am glad it is growing on you. Maybe it will inspire your own electronic dreams? (which reminds me, inadvertantly, of Phil Oakey singing "Electric Dreams" or whatever that song was called!)

It does inspire. Yeah, Philip and Giorgeo got together to make an album and (Together in) Electric Dreams was the single. I think it was in a movie soundtrack.

Got my tix for next month's show in Atlanta based on your review!