It's a beautiful day in DC, the first truly Spring-like day. This is also cherry blossom week, so there a zillion tourists willfully getting in my way, but I won't be mean. Really. Besides, there are cherry blossom trees all over the block where I work. Today I'm bringing you two classic pop tracks that rank high on my list. One you may know and one you may not - those might be flipped depending on your age... 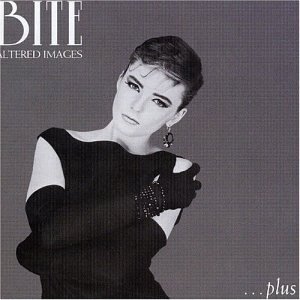 Altered Images "Don't Talk To Me About Love" (MP3)
Circa 1984. Scottish. This one, like Morrissey's new CD, was produced by the great Tony Visconti and took them to a sleeker, more Nile Rodgers-y place than their early pop hits. I still love Claire Grogans chirpy bird voice.
Buy it on their Best Of CD 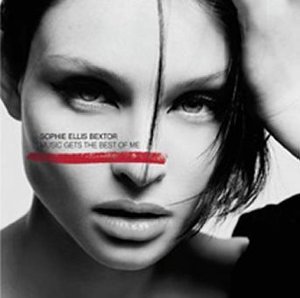 Sophie Ellis Bextor "Music Gets The Best Of Me" (MP3)
2002 pop classic. I love the conceit of this song, that music is The Bextor's Other Lover: "I need you both to get along." It reminds me of my ballerina friend whose boyfriends would get mad when she'd spend so many waking hours at the dance studio. All is resolved in Sophie's song when she sings, "If some held you with a gun, you know I'd make you number one." This was produced by the wunderkind Gregg Alexander. Note how the music actually gets louder at about 2:44, during the c'mon c'mon c'mon part. A brilliant touch, especially in the gym because it pushes you into hyperdrive. Expect new S.E-B music this summer.
Buy the single for SIX PENCE at Amazon UK Marketplace!
Posted by xolondon

Viva the Bex... i was all over the Read My Lips album (i have a filthy joke about that but i'm not gonna tell it here!) and got to see her perform in concert in glamourous Wolverhampton. This is just one of those songs that always puts you in a happy. How weird that Soph (how Bette Midler) was famous in Britain from the womb cos her mom was a children's tv show host and got knocked up without being married. Quite the scandal don't you know...

PS, as if i hadn't gone on enough already, Soph (hBM) is married to the drummer in my new fave band The Feeling.

I did not know she was married to that Feeling dude. I heard one of their songs and it sounded like ELO, so that was not a good thing really. Maybe I will change my mind. There is no album yet is there?

Your Bette Midler ref is very obscure. You are pushing the envelope!