All I can say is that I love her music and it amazes me how getting OFF drugs can change a person. I hope this sticks because, regardless of her various neuroses, (and, yeah blah blah I know some will disagree) I think she is a great talent. These are some shots of her at various Grammy parties... she got the good clothes again too. 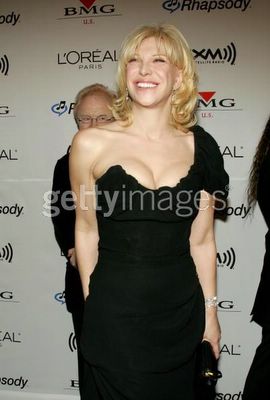 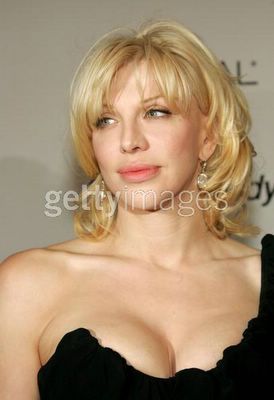 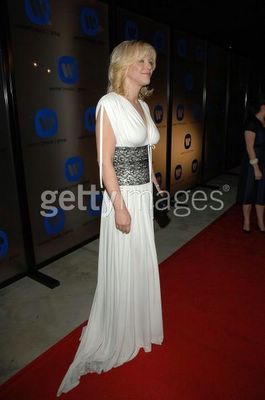 Oops. She's turning into Trudi Styler in that middle pic!
Posted by xolondon

Courtney pisses me off, but you can't help rooting for her in some ways.

Overall, I think she's a really selfish 'ho, and she should be thinking about the kid more, and not indulging herself with fame, crack and excess.

I know Kurt was obviously no saint, but at the very least Courtney should (hopefully) clean up for good to try and give F. Bean some semblence of a real parent figure.

I thought her last album had a few good songs on it. The ones that were good were really good, but still not as good as the Hole days.

Hm. A little while ago I analyzed the tragic trajectory of her self-mutilation (i.e., her face) and concluded that she needed to embrace her fatness, but in these pics she looks not much worse than Leslie Ash or Teri Hatcher. Not normal, but normal enough for Hollywood. I still think that if she wants to act she needs to reimagine herself as a middle aged woman rather than an over the hill sexpot.