The Whoresome Foursome: Favorite Album Of 2005

I can't pick one favorite album for 2005: it is literally split between four records. Last year, my favorites were by male artists (Morrissey, Keane). This year it's Girls Girls Girls and pure pop music. The 4 women: Madonna, Alison Goldfrapp, Imogen Heap and Rachel Stevens...

Goldfrapp: Supernature
Black nails, white skin, satin, Marlene, Baudelaire, T-Rex, animals, broken fuckme pumps. These are some of the images informing Goldfrapp's 3rd CD. Alison and Will went for elegant big time pop on this record and they pissed all over the chart competition, while retaining their quirkiness. It's loaded with references to other music and all over the map stylistically, but it's by far their best album. Released in Feb in the States. (Madonna's pick for best album of 2005, by the way.) 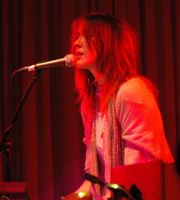 Imogen Heap: Speak For Yourself
If you thought she was a product of her Frou Frou mate Guy Sigsworth, this will dispel that. Of my 4 top albums, this one is by far the most emotional, in lyrics, voice and arrangements. Sonically dense, it moves from ethereal to angry to sweet to bitter and bittersweet. I'll be playing this for years to come, just like I still play Frou Frou's CD.

Madonna: Confessions On A Dance Floor (aka COAD)
The comeback everyone hoped would happen, sounding like fans dreamed it would. Kids, adults, gymrats, aging queens, jaded chola girls, they all love it. The first 8 songs are the best solid run of tracks I've heard in years. Gwen Stefani is coughing up her flaxseed drinks.

My original review was spread out over several posts from Nov. 9 -14 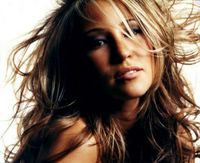 Rachel Stevens: Come And Get It
The pop music that Brooklyn hipsters are allowed to like, it's a more complete pop record than Madonna's in that it covers a large number of styles, most filtered through a very 80's electronic sound. In a perfect world this record contains 6 singles and they are all hits. What can I say? It's not a perfect world.

My Top Ten albums (or the remaining six) to follow shortly!
Posted by xolondon