It's like Xolondon has been seated at the right hand of the Disco Goddess, where he partook of a Holy Pop Triumvirate...(note this post is for the true believers in pop. So fuck off, at least for now, if you hate pop! xo) 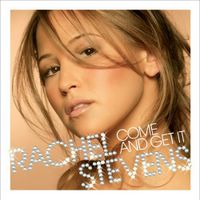 Rachel Stevens: Come And Get It
A better pop album than Madonna’s. Period. It has a much wider scope. Rachel nails virtually everything she tries on this (lamely named) album. So Good is a perfect opener: it’s music for the masses, but also one of my most played songs of the year. This song is made, in my opinion, by the ooooh oooh oooh backing vocals…Nothing Good About This Goodbye is really melodic midtempo pop, strong on the melancholy chorus.... I Said Never Again (But Here We Are), a song notorious for the line, "Ooh! I let you in my back door!" has verses reminiscent of Adam Ant, while the chorus recalls Joan Jett. This is Rachel's rockier side and it works. Great at the gym too! …The album’s lone ballad, I Will Be There, was described by Stylus as a Pet Shop Boys lawsuit waiting to happen – indeed it starts like a PSB demo, until the black and white verse is followed by a Technicolor chorus that fucking blooms right out of your earphones... on of the prettiest chourses of the year.... Crazy Boys: The esteemed Richard X produced 2 tracks for Rachel, including this one, with massive timpani drums on the chorus and a cabaret style... Some girls think Some Girls sounds like a Goldfrapp song. The siren-like chorus will attach itself to your brain like a barnacle, particularly because of the cheeky line “Champagne makes it taste better.” Does it?... Negotiate With Love is like a lost Waitresses hit. Total 80’s Cali girlband pop, complete with surf guitar and a great accent on the little spoken “turn it up” bit. I love the sentence sung as one word: whatisityoudon'tundertsandrespectisallthatIdemand... Funny How: You have to love a song that features the line, “It’s half past three, get these fools away from me.”

This pop story has a sad ending: Despite great reviews- even the cunty indie press loved it - CAGI tanked on the charts in grand style. Was it because the record leaked months early? I got the album in sets of three songs, which I kind of liked. Buy this record and save Rachel's career!

Hear samples of Come and Get It at 7 Digital 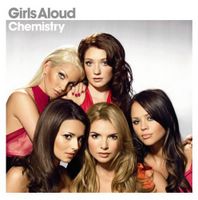 Girls Aloud: Chemistry
Girls Aloud have released their bestCD, Chemistry. There are some top tunes on this record, previewed by the groundbreaking, buttshaking single Biology, which I creamed over weeks ago. Three songs in one, Biology’s got TWO slamming choruses... Swinging London Town is built on an interpolation of Donna Summer’s I Feel Love that doesn’t overwhelm the song’s own character. Minute two dissolves into a shimmery breakdown about “choking on sushi” and “drinking white wine spritzers” whilst driving down King’s Road in “Daddy’s Bentley.” Cheeky... Wild Horses, which opens with a sharply enunciated choral bit, is built on a galloping acoustic guitar and putdowns like “Get out of town and take your lazy dog with you.” Those “whoo whoo!” train noises send it over the top. It’s fizzy cowgirl pop that captures everything that makes the Girls cool enough for the Fluxblog crowd....Models: Why hadn’t the Girls tackled models and modelizers before? Love the lines, “You get your kicks, like to flies to shit” and the nice “girls girls girls” refrain. The song is a bit annoying – I hope it’s not a radio hit.

The ballads on Chemistry are bloody brilliant, the best being Whole Lotta History, the most elegant song they’ve ever done. This one is like Bacharach at his best and the vocals are sugary icing... See The Day is a cover of the old Dee C Lee (yes, Paul Weller’s bird) English radio classic. The girls do it better, I have to say, especially on the chorus with big kettle drums and a sharpie synth that whizzes around after escaping from a Stevie Wonder record. It's their Christmas single and it really does sound like glittery snowflakes.... Even the weakest ballad, No Regrets, has an island smoothie feel that will keep well on my iPod.

This is supposedly the Girls final full-length record (their 3rd in 4 years). That sucks, but at least they’ll go out with bangs and whispers… in the position they like best: on top!

Hear samples of Chemistry at 7 Digital 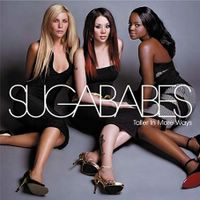 Sugababes: Taller In More Ways
Sugababes are like Girls Aloud’s older, wiser sisters. They are the moderation to the Girls extremity. Truth is they're the same age, but the ‘Babes are infinitely more introspective. Their previous album, Three, will end up as one of the top 20 pop albums of the 00’s, so this new one comes with Expectations attached. They chose to try something new by going to Atlanta to record with Dallas Austin, who ended up doing some of the best tracks on the record, like first single Push The Button or the next one, Ugly, which is a baby sister to TLC’s Unpretty. It’s geared toward young girls with body image problems. Like me, right?

Taller is by no means perfect, but it does add some great songs to the Babes setlist. The missteps include a cover of the brainless Animotion hit Obsession, which no one but Goldfrapp could have saved. They also try crunky American r’n’b and sound terrible doing it. I just don’t want to see them sink into Ashanti territory, which they do once or twice. Austin is responsible for some of the shit here, but at least he’s trying to keep it interesting.

Red Dress is a Xenomania production that slams along nicely, as does the super-Babesy Ace Reject. My favorite track is an extension of the emotionalism of their Three album: 2 Hearts, produced by Johnny Dollar sticks with me primarily because of the sad lyric "Everything about your makes me glow, but how could you know?” which reads sillier than it sounds. It’s a sugary pop ballad with blues in the notes.

Maybe I’m nothing but a fucking trashy pop tart with cheap daydreams to fill my days…whatever, stupid and happy.

Hear samples of Taller In More Ways at 7 Digital