2006: Looking ahead to Duncan Sheik 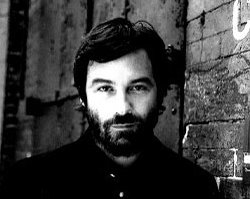 Duncan Sheik has a new CD out on January 24 called White Limousine. Tracks include Hey Casanova and Fantastic Toys and Corduroys - if you read his blog you'll know that he clearly has enough money to record strings for the album, so it's all good news. I like more produced than spare.

What's unusual about this CD is that you can mix it yourself! In addition to the standard version of the album, the listener can use software to remix White Limousine. You will have access to the entire contents of the album, instrument by instrument. One would suspect this will eventually lead to the release of what are the best remixes.

This week you can preview the new song Shopping on his website. Just go to this link and click on the White Limousine cover. The track changes week by week.

Barely Breathing (the first big hit)
On A High
That Says It All
Varying Degrees of Con-Artistry
Songbird (yes, his Fleetwood Mac cover)
Everyone, Everywhere
Wishful Thinking (from the modern Dickens movie with Paltrow)

Email ThisBlogThis!Share to TwitterShare to FacebookShare to Pinterest
Labels: Duncan